My Body of Work

My main body of work is vast; this compendium seeks not only to list my favorite pieces for people to read, but to organize them into different categories and provide summaries for each. 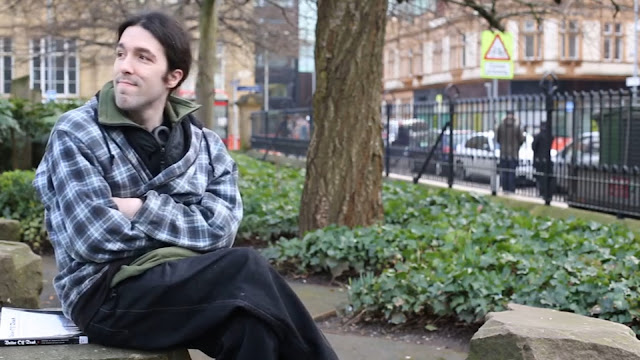 My name is Nick van der Waard and I'm a Gothic ludologist. This means I study videogames in a Gothic sense, which is to say according to horror themes in the academic disciplines as tied to the everyday social practices those disciplines (and their target media) represent. To this, I have my MA in English Studies: The Gothic; I do independent research on Gothic sexuality and Metroidvania, but also speedrunning.
More generally my blog is about horror, but also sex, metal and videogames. I'm also an atheist, occasional fan editor, erotic artist, and avid Ridley Scott fan. Posts related to those topics will also be included here.
"Revisiting My Masters' Thesis on Metroidvania—Our Ludic Masters: The Dominating Game Space": This post summarizes my master's thesis and expands on its ideas. My thesis explored Metroidvania and Gothic spaces and how they dominate the player in a Gothic sense (through terror, tacit tutorials, and other Gothic scenarios). I've recently expanded on this idea to account for how these games dominate the player in a ludic sense. Separate from the audiovisual themes, how do Metroidvania, as games to be played, dominate players? How is this meta-narrative reinforced by the gameworld as something to experience? 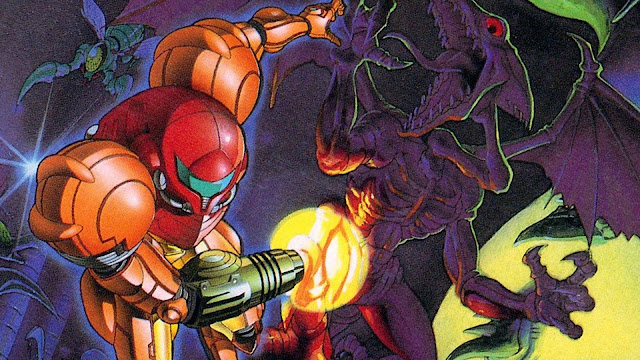 "War Vaginas: Phallic Women, Vaginal Spaces and Archaic Mothers in Metroid": Metroid, as a franchise, is rife with sexual imagery and Gothic displays of power. This post examines those topics in detail, but especially the phallic women, Archaic Mothers; and vaginal, womb-like spaces that Samus constantly encounters.
"Sex, Metal and Videogames": I study horror, but have chosen, over the years, to focus on these three topics; they were a large part of my interests growing up, and continue to guide my research going forward. This post explores my introduction to them, and why I continue to devote my time and energy in exploring their Gothic potential.
"My Art Website Is Live!": I'm not only a writer. I'm also an erotic artist with his own website. This post explains my website—why I decided to get one, what's on it, and the style of my artwork featured there.
"I, Satanist; Atheist: A Gothicist's Thoughts on Atheism, Religion, and Sex": I am a Satanist and atheist. Both are integral to my persona, and have shaped my views on metal, videogames and sex. This post explores my thoughts on those topics—how they interlink, and what their connection is with me.
"Maculate Conception: The making of My Prometheus Fan Edit": I always wanted to be a film editor. This post chronicles a fan edit of Prometheus that I produced in 2013.
"Outlier Love: Enjoying Prometheus/Covenant in the Shadow of Aliens": This post explores my love Prometheus and Alien: Covenant, including the disdain its won me from Aliens fans over the years. 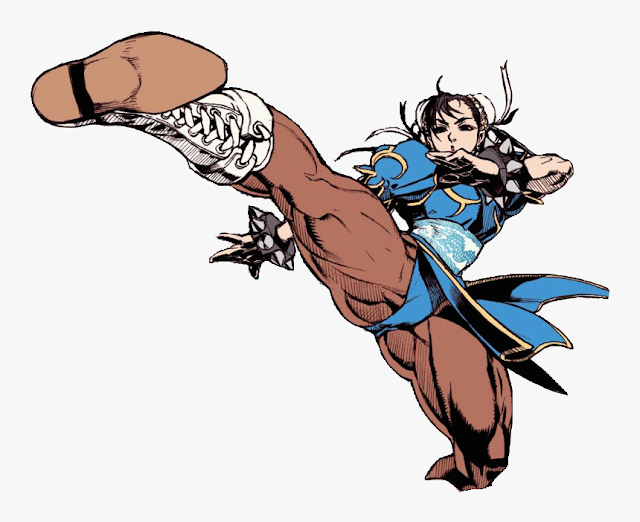 "Borrowed Robes: The Role of 'Chosen' Clothing — Part 1: Female Videogame Characters": This post is a study in sexual and gendered depictions in Gothic media; mainly how female videogame characters have been historically dressed by men, it also explores the lack of autonomy women have regarding how they are dressed. This includes female players who control sexy female videogame avatars like Chun Li and Samus Aran.
"Spectating FPS Speedruns: Potential Pitfalls Exemplified by Doom Eternal": I love to watch speedruns; this post examines what speedrunners those are, but also FPS speedruns from a spectator's perspective and why I think Doom Eternal isn't the best example of an entertaining speedrun to watch.
"Army of Darkness: Valorizing the Idiot Hero": My critique of the sexism in Army of Darkness, including the increasingly stupid depiction of its idiotic hero, Ash Williams.
"My Least Favorite Horror Movies?": Failure isn't inherently bad. In this post, I discuss what I enjoy about pastiche, camp and schlock, and how failing to fail is often the worse sin a horror movie can commit.

I've conducted numerous interview series over the years. Some have been passion projects, dealing with material that I simply adore; others pointedly expand into areas of research that I wish to contribute to (re: sex, metal, videogames, and horror).
"Mazes and Labyrinths: Disempowerment in Metroidvania and Survival Horror": This series explores disempowerment in Metroidvania and survival horror videogames. It seeks to build upon my master's thesis, and is the spearhead for my current research.
"From Vintage to Retro: An FPS Q&A series": This Q&A series centers on power and how it's arranged in FPS between the player and the game. I interview Twitch streamers and speedrunners, but also several game developers who play and create FPS games.
"Hell-blazers: Speedrunning Doom Eternal": I created this series when Doom Eternal was new. It interviews Twitch streamers and speedrunners about the game and why they play it.
"Giving My Two Cents: A Metal Compendium": I love heavy metal, and have made a name for myself by commenting on videos by Metallica remixers on YouTube. Eventually I decided to interview these remixers in a post hoc Q&A series. 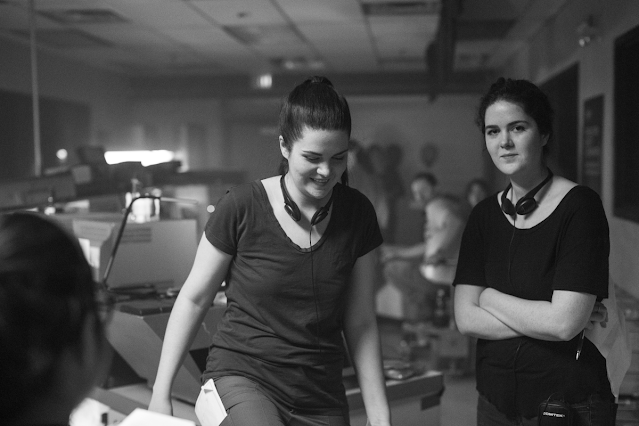 "The 'Alien: Ore' Interview Project": My first interview series, this project centers around the Spear sisters' Alien short film, "Alien: Ore." Originally I loved "Ore" so much I did my own extensive analysis of it. Kailey and Sam Spear enjoyed that so much they agreed to be interviewed. Includes numerous interviews from the cast and crew.

As a Gothicist, I love to view the world through a Gothic lens. This includes the Gothic analysis of media, which these posts are examples of.
Dreadful Discourse: The podcast produced by my partner and I, wherein we discuss Gothic themes in media.
"The Promethean Quest and James Cameron's Military Optimism in Metroid": Metroid is a franchise with strong ties to Alien and Aliens. Whereas Alien broaches the Promethean Quest through a neoliberal lens, Aliens embraces military optimism as a tenable solution to Promethean technology. I explore how the Metroid franchise has gradually deviated away from the Promethean Quest, and turned to military optimism in its later years. I also give my first impressions on Metroid Dread.
"'Neutral' Politics: Feminism, the Gothic, and Zombie Police States in Ion Fury": This post views Ion Fury through a Gothic-feminist-postcolonialist lens, and analyzes the peripheral politics of its dubious in-game Read Me file.
"Gothic themes in The Vanishing / Spoorloos (1988)": This post explores Gothic themes in The Vanishing, namely Ann Radcliffe's notion of the Black Veil.
"Dragon Ball Super: Broly (2019) - Is it Gothic?": This post inspects those Gothic elements of tyranny and hereditary trauma seen in Broly.
"Gothic Themes in Perfect Blue (1997)": This post explores Gothic themes in Satoshi Kon's Perfect Blue. Meant to convey feelings of madness, how are they used, here, and how do they manifest for the viewer in a Gothic sense? 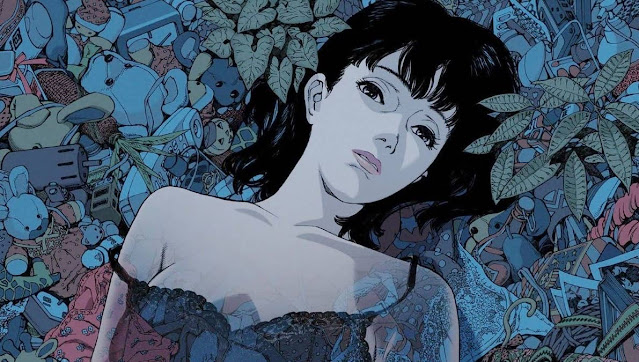 "Is Garfield (1978-present) Gothic?": This post explores Garfield the cat and how he's become increasingly parodied over the years—in particular, the more horror-themed examples being created across the internet by "fans."
"Gothic Content in The Terminator/T2": This post outlines the Gothic material present in James Cameron's The Terminator and T2. Part one outlines their shared, broader themes, while part two and part three details their Gothic audiovisual elements.
"Gothic Themes in "Alien: Alone" and "Harvest" (2019)": My extended, written response to the Alien 40th Anniversary short films, "Harvest" and "Alone." In this post, I explain why the authors' works are so enjoyable for reasons that go beyond the scope of my original video response.
"Gothic Themes in Scary Stories to Tell in the Dark, the trailer (2019)": In this post, I explore how Stephen Gammell's monstrous imagery has been recycled in the 2019 trailer for Scary Stories. I also examine how this recycling occurs across generations to convey evolving social stances on what scary imagery can even stand for (depending on the audience).
"Gothic Themes in Love, Death & Robots" (2019): I highlight the Gothic themes explored in these LDR episodes: "Helping Hand," "Good Hunting," "Beyond the Aquila Rift," and "Sonnie's Edge."
"Room for the Gothic in Hollow Knight: Silksong (TBA)": The abridged transcription for my video response to the Silksong trailer. In it, I consider how the game can be just as Gothic as the original Hollow Knight.
"Choosing the Slain, or Victimizing the Invincible Heroine, in Alien: Covenant": In this post, I explore how Scott dissects the notion of the invincible heroine that James Cameron helped popularize in Aliens.

These are some of my favorite reviews that I've written over the years.

Castlevania: My reviews for this awesome show include season two and season three, but also a post covering its sexual content. 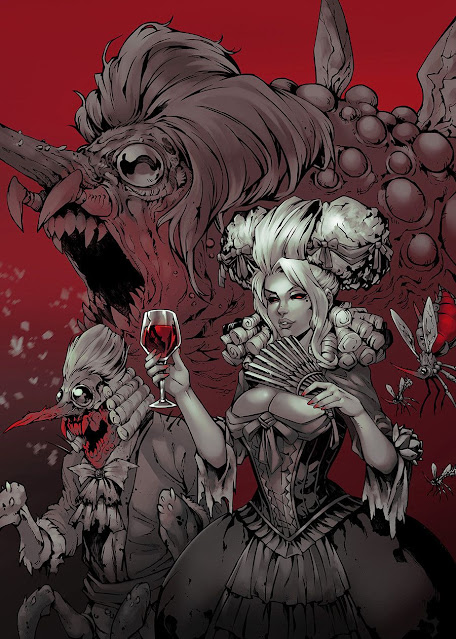 "The Darkest Dungeon (2016): The Countess": Not a review so much as a detailed recollection of my final encounter with Countess during the "Crimson Court" DLC (for Red Hook's excellent The Darkest Dungeon). A hell of a scrap!
"'80s Popcorn Love: An Ion Fury Review": My review for Ion Fury (2019), the FPS developed by Voidpoint and published by 3D Realms. The review focuses on the game's level design and gunplay.
"Doom Eternal (2020) Review: No Girls or Trans Allowed": My review for Doom Eternal and its DLC, "The Ancient Gods." I look at the game through a Gothic lens, but also criticize its dated, exclusionary approach to sex, women and trans people.
"Mandy (2018): Review": In my review for Panos Cosmatos' Mandy, I examine the trope of heroic revenge borrowed from movies like Unforgiven, The Crow and Conan the Barbarian.
"Chernobyl (2019) review": In my review for HBO's acclaimed drama, I explain how I was able to enjoy the show as a Gothic drama despite its (admittedly deliberate) scientific inaccuracies.
Green Room and Murder Party: I love Jeremy Saulnier. These reviews not only celebrate him and his work; they praise his long-time associate Macon Blair, a kick-ass director in his own right who often stars in Saulnier's movies.
Annihilation, The Autopsy of Jane Doe, It Follows and Veronica: Though hardly perfect, I thoroughly enjoyed these movies and would happily recommend them to anyone. 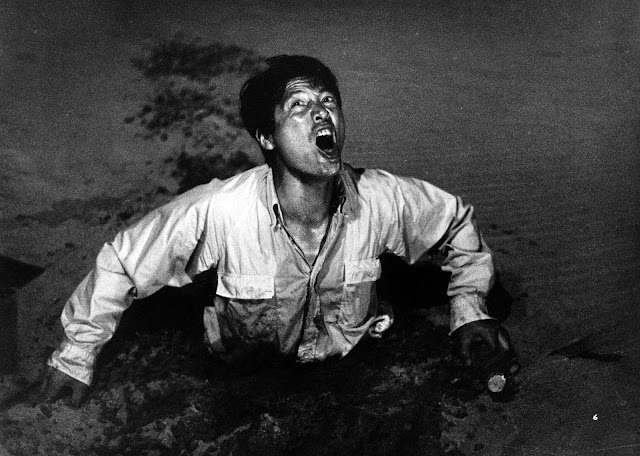 "Room for Both: Horror and Social Commentary in 3 Japanese Classics": This three-part series investigates three mid-20th century Japanese movies: Hiroshi Teshigahara's Woman in the Dunes (1964), Toshio Matsumoto's Funeral Parade of Roses (1969) and Kazuo Hara's Extreme Private Eros: Love Song (1974). Part one examines the plots and technical delivery of each movie. Part two explores Love Song more closely. Part three describes my love for Japanese cinema, and how prolonged exposure and reflection has allowed me to see these three movies as exceptional horror films, despite not being what I'd call "pure" examples.
"Tough Love: Reviewing Sean Baker's Tangerine (2015)": This review is for Sean Baker's Tangerine, the story of a sex worker trans woman named Sin-Dee. Recently sprung from jail, Sin-Dee must discover the truth behind rumors suggesting that her pimp lover is cheating on her. Both incredibly funny and deeply serious, the movie is a frank examination of the reality of trans people and sex workers living in L.A..
"Post-colonialism in Doom": This essay analyzes the Doom franchise, including Doom Eternal, through a post-colonial lens.

"Hearing the Gothic Past": This article explores the darksynth sub-genre's relationship between music and horror in media at large.
***
I'm an artist and a writer. If you're interested my work and are curious about illustrated or written commissions, please refer to my website for more information. If you want to contact me about a guest article, please use this contact form or reach out to me on Discord (vanderWaardart#5394)!
If you want to make donations, you can directly support my artwork on Patreon and my writing on Ko-Fi!