March 04, 2020
I've spent the past several weeks preparing to launch my own art portfolio website, vanderwaardart.com. This website is now live. For this post, I wanted to explain my website—why I decided to get one, what's on it, and the style of my artwork featured there. 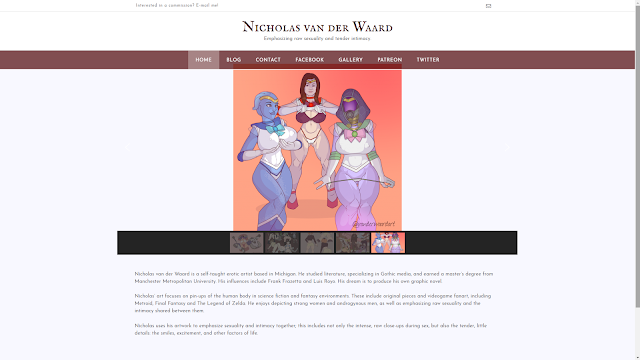 I don't simply want to be able to depict sexual acts in my artwork; I want to be able to share my work on my own platform, not someone else's—where I'm in control, and can make my own rules. It might sound megalomaniacal, but it gets old having your work taken down because of an obscure or poorly defined rule. Some places like DA offer special privileges for a monthly fee; I'd still use the money to purchase and host my own domain, instead. None of this would be possible without my good friend, Marilyn Roxie, who handled the administrative logistics behind this project. Having used DA and other platforms for years, I'm glad Marilyn pushed me to go through with my own website; I'll be able to feature whatever I want, and generate as much traffic as I can. Without Marilyn's support and encouragement I'd never have reached this point. Thank you, Marilyn for your help. 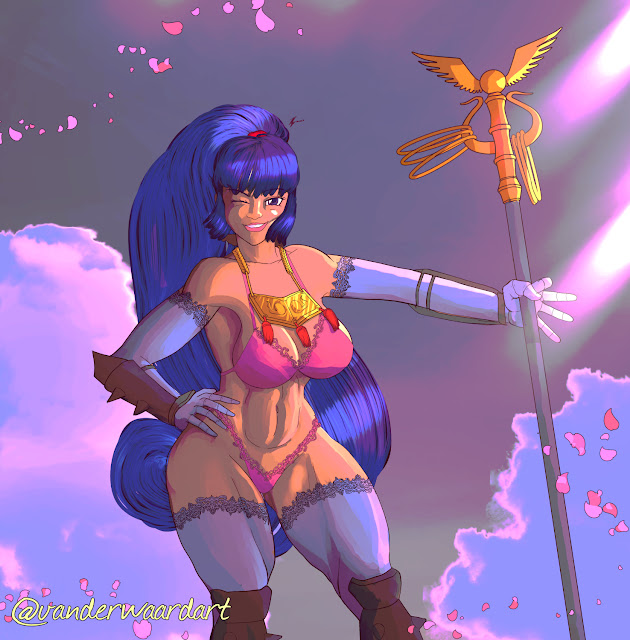 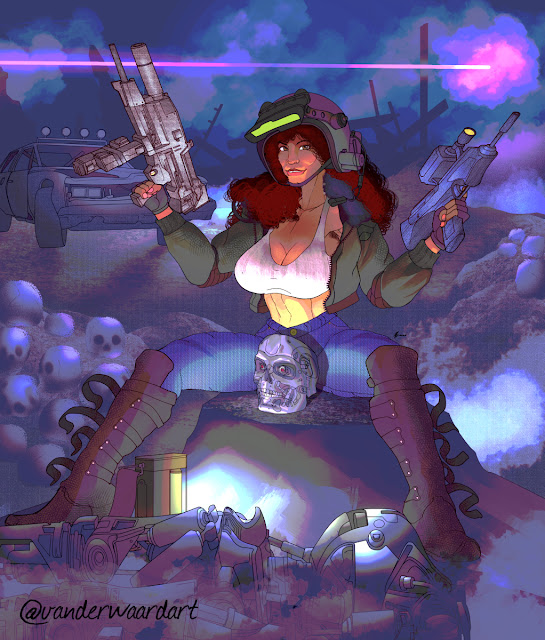 I loved Frank Frazetta growing up. His work famously depicts muscle-bound men rescuing sexpot damsels in fantasy and science fiction backdrops. I liked his style, but prefer to reverse the binary a bit by having the strong character be female (to be fair, Frazetta himself wasn't against having strong beauties, either). She needn't be muscular to the same extent as Conan. Think thicc, with a touch of brawn for good measure. It's kind of an amalgam of tough heroines like Ellen Ripley or Samus Aran combined with the pin-up sort of valkyrie Frazetta championed in the 1960s and '70s. My male characters are generally androgynous in appearance—willowy-bodied, with big dicks and cute faces. 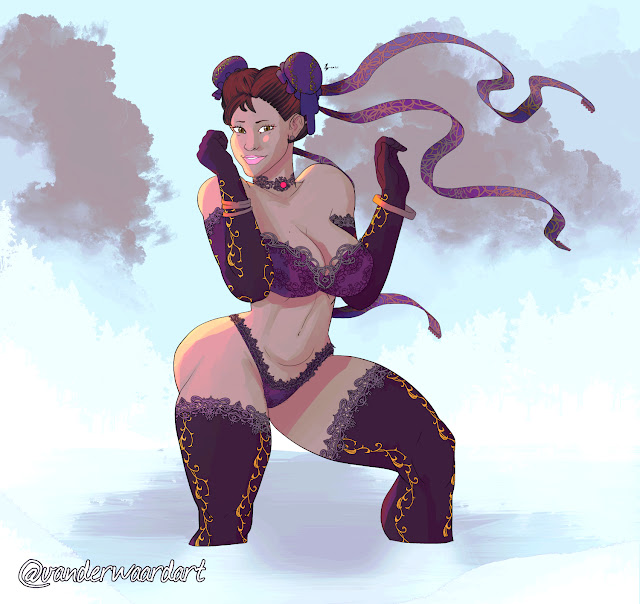 In my work, I don't like to treat sex separate from everyday life. Instead, I emphasize sexuality and intimacy as being part of the same experience. Not only do you have the intense, raw close-ups during sex one might encounter in a VHS porno; there's also the tender, little details: the smiles, excitement, and other factors that make up everyday for people in relationships. I try to communicate all of this in a fantasy or sci-fi setting populated by my favorite videogame characters. It might be a regression of the quotidian into the Romantic, but being a Gothicist I'm not against liminal forms of expression. My work is erotic, forming a balance of the raunchy and tender inside a videogame milieu. These characters aren't fighting dragons; they're having sex, but there's so many different ways this can go about, and I have my own special blend I like to try and capture in my art.
***
About me: My name is Nick van der Waard and I'm a Gothic ludologist. I primarily write reviews, Gothic analyses, and interviews. Because my main body of work is relatively vast, I've compiled it into a single compendium where I not only list my favorite works, I also summarize them. Check it out, here!
I'm an artist and a writer. If you're interested my work and are curious about illustrated or written commissions, please refer to my website for more information. If you want to contact me about a guest article, please use this contact form or reach out to me on Discord (vanderWaardart#5394)!