April 24, 2019
Recently, I saw the Alien 40th Anniversary short film, "Ore." Directed by the talented Spear sisters, Kailey and Sam (see an interview with them, here), I was so impressed with their work, I decided to make a response video. In this post, I wanted to explain why I did, and why "Ore" and its authors are so impressive.

Note: Watch "Ore" first, here. After you have, watch my video. 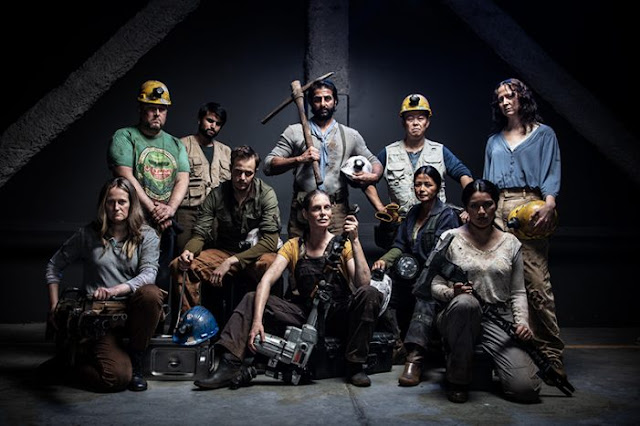 In my video, I go over "Ore," step-by-step. As a result, the video is very long. "Ore" is very detailed; so is my response. It's not strictly a review, in the sense of slapping on a quick-and-easy rating ("thumps up/down" or 4/4 stars, etc). Instead, the aim is to explain why "Ore" is so good, but in minute detail. This is my style; it's also required to illustrate the level of craft exhibited by the Spears, in "Ore." Trust me: While "Ore" is short, every instant is jam-packed with clever nods to Alien (1979) and Aliens (1986). All the same, it's a fresh take, 40 years later.

I try to bookend the analysis with minimal pretense (as to cut to the chase). I play and pause "Ore" and break it down, scene-by-scene, shot-by-shot. I discuss the perennial themes prevalent within, as well as photographic and editing techniques. Used by the Spears, these constitute (what I consider to be) the best of the 40th Anniversary short films, thus far, and an authentic Alien experience the likes of which hasn't been felt since 1986 (or 2014, if you count Alien: Isolation). "Ore" is trying to capture what Scott and company pulled off so well, back then; and later, by Cameron and his team. I enjoyed Prometheus (2012) and Alien: Covenant (2017) but the emphasis is on David, an android. Here, we're back to the human survivors, their struggles. That's the focus, and it's Gothic and dark in all the right ways. 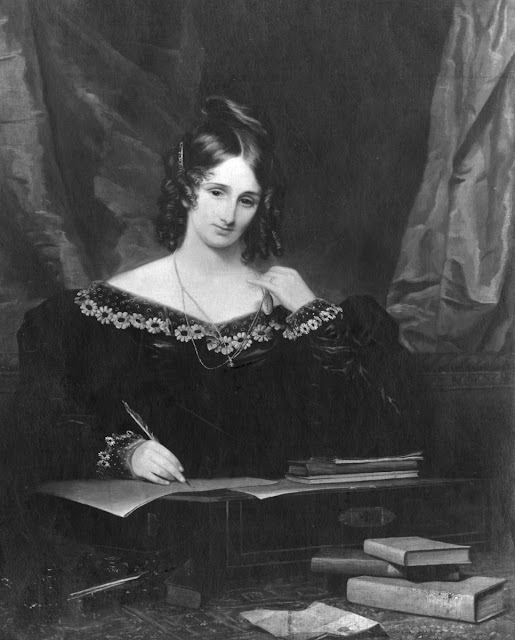 As a Gothic scholar, I've always been interested in female horror auteurs. From Ann Radcliffe's 1790s output; to Mary Shelley and the Brontë sisters; to the horror actresses of the 20th century like Brigitte Helm, but also the more "Amazonian" Pam Grier, Sigourney Weaver and Linda Hamilton—there's always an enlightening female perspective to counterbalance the male ones. This extends to the female directors of the 20th and 21st centuries, the likes of Kathryn Bigelow, Jennifer Kent, the Soska sisters—and now the Spear sisters.

When Mary Shelley wrote Frankenstein (1818), she, her husband, and Lord Byron were holed up in a castle, telling each other ghost stories. The most famous is arguably Mary's Frankenstein. Horror is a mode of sorts, but even when recycled, there's always a new perspective to foster. Here, the Spears have lovingly recreated the Alien world, while giving it their own, special twist. It goes to show the value in a fresh pair of eyes; even if the material is recycled or retold, it always comes back a little bit different.

At the same time, the "feel" can be preserved. As part of the same franchise, Kailey and Sam have preserved the darkness and claustrophobia Scott and Cameron captured, decades prior. Thus, the cinematic universe remains. However, their use of horror and terror is idiosyncratic. It harkens to these older male directors, but exudes a level of class and skill female auteurs have demonstrated since Shelley and Radcliffe. Scott, Cameron, Shelley and Radcliffe—they all use similar devices, regardless if the story is cinematic or novelized. So do Kailey and Sam. 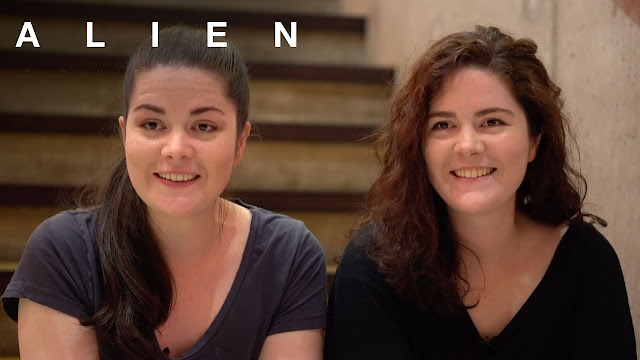 "Ore" is the first of the Anniversary short films I've wanted to see an extended sequel of. It also holds its own against its older, silver screen counterparts. Its authors are exceptionally talented; with a little luck, the Network should pick them up.

For more information on "Alien: Ore," read my "Alien: Ore" Q&A series with the cast and crew!