February 07, 2020
I'm late with this post, and thought I'd give myself a little exercise this morning to try and speed things along. That is, what are my least favorite horror movies and why? To answer this question, I'll have to talk about movies more generally. 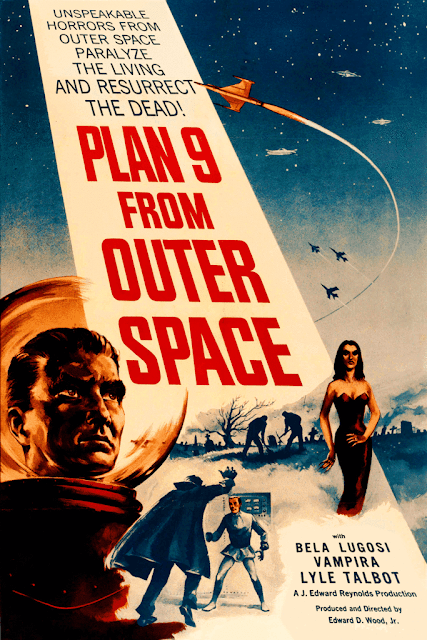 Unfortunately, if you asked me which movies these were by name, I wouldn't be able to tell you what they were. This is because, in my experience, even the so-called "worst movies of all time" generally have something to offer. Case in point, I grew up watching Plan Nine from Outer Space (1959). That movie is instantly special for having been such a horrible failure for all the right reasons. Yes, it's awful; but as Susan Sontag might put it, it fails in a way as to be enjoyed for the attempt, and for how seriously it was embarked upon.

So while I enjoy The Lost Skeleton of Cadavra (2001), it almost pales in comparison to the movies it tries so hard to lampoon. It's aware, and trying to fail by emulating a failure, which is very different than trying to make a good film and failing despite one's best intentions. I don't think anyone would question the claim that Tommy Wiseau set out to make a laudable film with The Room (2003). Except the movie he made was infinitely better because it was such a spectacular failure. He tried and failed, instead of trying to fail. Big difference.

Such failures require a total inability to read the situation—a sense of delusion, if you will. Tommy Wiseau, like Ed Wood before him, thought he was making art. And to be fair, he was in a certain sense. But the art being made is perceived as such through the maker's inability to produce what he actually wants to make, and the viewer's need to salvage the situation by making the most of a dumpster fire. 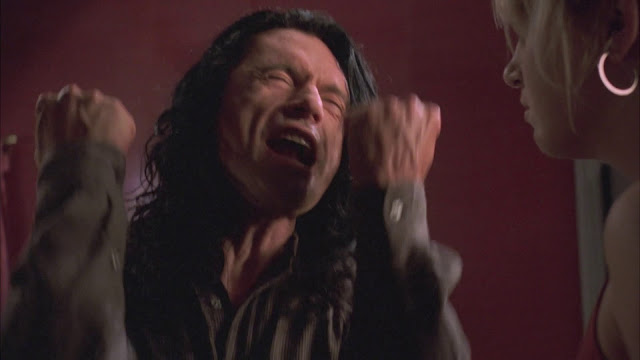 Except some fires are more fun than others to watch. Not to wax pyromaniacal, but what fun's a blaze if it's a mere spark? The best ones are conflagrations. And that's not something you're going to get by being smart or cautious; you have to go big, and fuck up royally. But it's just as easy to make a different kind of mistake—one that's just as bad, albeit without the entertaining results: screwing up, but in such a way as to leave us failure-junkies without our fix.

A good example of this is the upcoming Sonic the Hedgehog (2020) movie. I suspect this movie will be remembered for one thing after release: the hideous, digital monstrosity that was "humanoid Sonic." With him, people ironically had a stronger reaction to than his corrected, theatrical self. This is because, although Sonic got a much-needed makeover, the movie itself retains numerous flaws. It's a brainless popcorn movie made for nostalgia junkies, not people who actually love Sonic. How much does it have in common with its own 16-bit, 1990s heyday? Its mascot, the correction of which is just that, superficial. A latter-day Jim Carrey vehicle.

In other words, it's forgettable. And oddly enough, this is the greatest sin you can have when trying to fail spectacularly. Has the hyper-modern world of social media made it impossible to screw up the way "auteurs" have in the past? I think an exception can be made, given the licensed material the studio was working with, with Sonic. The fans were pissed off; having a voice, they could make themselves heard by threatening to boycott. Think of Streetfighter (1994) or Super Mario Bros (1993). Would those movies have still been made had fans from the '90s had access to the Twitter of today? I wonder. 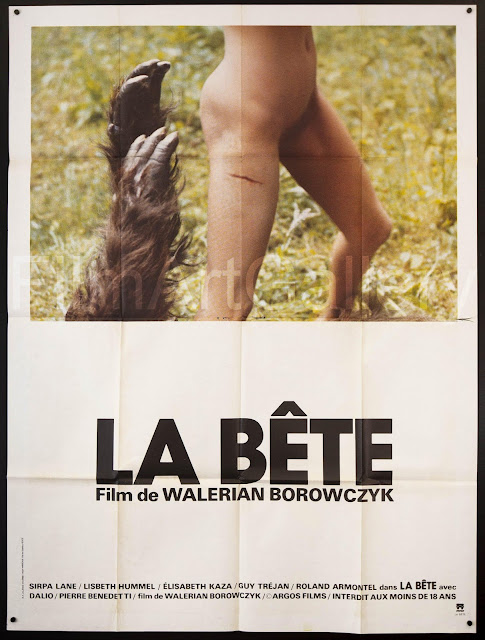 I digress. The horror movies I hate most are not those that fail spectacularly. Nor is it the schlock-y sort (see: kaiju, Godzilla, 1954) that enjoy what they do very consciously. No, those can still be fun you see. For example, La Bete (1975) has one of the weirdest sex scenes I've ever seen in any film, but the massive tone shift is a total delight. One moment, a fairly standard whodunit; the next, a guy in a suit chasing an increasingly naked French maiden, using his giant, hose-like monster wang to shower her with protein. Is it advisable to take such risks when making your movie? I'm not sure. Is it memorable in this case? Absolutely.

The worst horror movies are forgotten by me because they fail to genuinely do anything right. They fail to be serious, but they also fail to be tongue-in-cheek, camp or schlock. They become an exercise in boredom. I enjoyed Mandy (2018)—not because it made a great deal of sense (apart from its faithful reconfiguration of the heroic avenger in retro-future pastiche), but because it was never, ever boring. There was always something to recommend about it, be that the music, the visuals, or the acting.

The types of horror movies I dislike are the pale imitations. Something like Leviathan (1989) when viewed alongside The Abyss (1989) or Alien (1979). The comparison is what unmakes them, and the worst examples openly invite comparison. They either try to hide how derivative they are (and fool no one), or they wear their inspirations on their sleeve, much to everyone's dismay. The moment you have a superior product to contrast against, the jig's up. 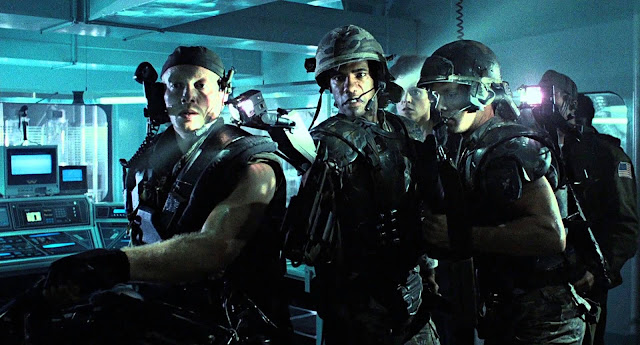 The best horror movies are ageless. One, they hold up over time; two, comparisons are largely pointless, if only because the borrowed parts are revitalized through some tenacious spark of originality supplied by the artist. It might seem obvious: to make a classic, follow the recipe. Except there's something the maker has to supply—a love, an energy to make the ingredients better than the sum of their parts.

Take Alien and its sequel, Aliens (1986). Cameron effectively remade Scott's movie, with all of the same action beats and plot elements. Differences exist, obviously. However, the real success behind everything is the energy involved in its making. Everyone—from Cameron to Weaver to Paxton—gives it their all, elevating the material to a level of quality that rivals the original. The intent wasn't to replicate Alien, but to make a comparable experience with similar levels of passion.

The worst filmmakers are the ones you can't remember because their approach is so inept, mundane. They follow the recipe so faithfully they leave out the most important ingredients, expecting the rote material to carry its own weight. The problem is, this failure isn't any fun to watch. It's soulless and insipid. Movies aware of their own mischief, like Return of the Living Dead (1985) can be enjoyed for their clever asides. Delicious nonsense like The Media Madman (1992) can be enjoyed for being itself, warts and all. And then there's the Greats, the movies people canonize by and large. 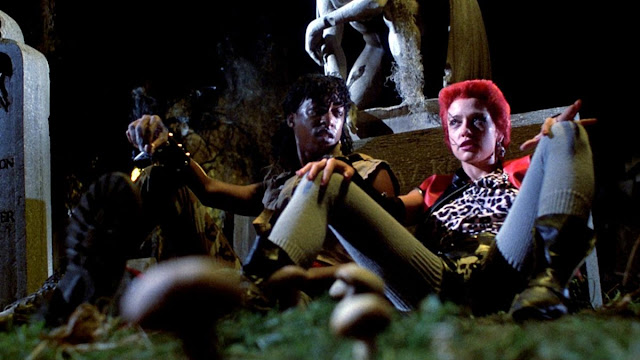 It's the ones that fail to entertain in any of these ways that you have to watch out for (and avoid like the plague). And I honestly wish I could give you some examples, but I have a nose for such material and strive to avoid it. The way search engines function nowadays, a computer can recommend you movies based on how you rate them. I never gave this much thought until I realized years later that I only watched films that were rated so high, on a given website. Likewise, aggregate-based websites also make life easier, leading one down a rose-strewn path.

However, horror films are special: They're generally the sort that require something else—a community to draw suggestions from. Horror is a funny genre in how it polarizes within its own fanbases—ones where the typical conversation might involve the likes of one person defending Halloween 2 (2009) by Rob Zombie but hating on Halloween 4 (1988). In other words, there's generally a highly subjective, even nostalgic approach to rating horror media.

In my case, I decide for myself. Other people's opinions can guide or discourage me from watching a movie. However, once I've actually seen it, the formulation of my own opinion is inevitable. When I was a boy I saw Friday the 13th (1981) on the shelf at the VHS rental store; in high school, I bought a copy and watched it. I enjoyed certain aspects, and admitted to myself that it was probably the best of the bunch—mainly because so many of the others were woefully boring (to me). 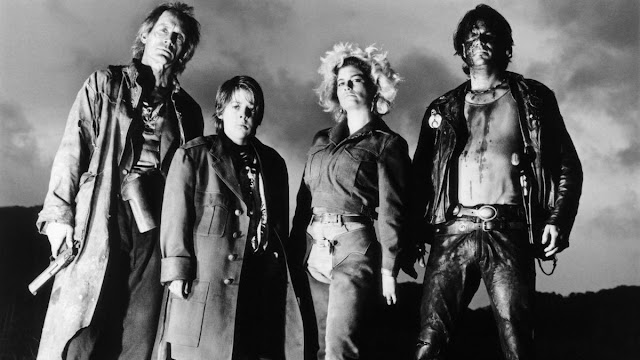 The rubric, for me, goes something along the lines of entertainment value, but also energy and craftsmanship. If you remove intent from the equation, solid special effects, acting and writing can all elevate media; abysmal examples can dubiously attain "similar" results: Midsommar (2019) has excellent gore effects; Evil Dead (1981) has "excellent" gore effects. There's more to a movie than its nuts and bolts, but some have exceptional material to work with. Watching Blade Runner (1982) is worth it, if only to enjoy the level of craft and scale that brought Scott's rendition of the Phillip K. Dick potboiler to life. Near Dark (1987) is equally enjoyable, if only to hear Tangerine Dream's original score play off of Adam Greenberg's painterly night photography.

It all depends on how you want to look at something before rendering a verdict. To this, if a so-called movie already lacks the buffer of nostalgia that might lend it a soft spot in my eyes, but also fails to entertain through intent or impress through its craft, then it might just be one of my least favorites.

There's another problem though. I've seen so many films that it becomes difficult to organize them in any logical order. For example, I might say "Oh, I love Gremlins (1985); it's a top-two movie for me." Except I like so many movies, I wind up having more than two in that particular category. Which I suppose is why many people rate and organize the media they've seen. There's a problem, though: Sooner or later you're going to compare two very different movies without any meaningful results. Does it really mean anything to compare Mad Max (1979) to the Wizard of Oz (1939) and say both are equally good? 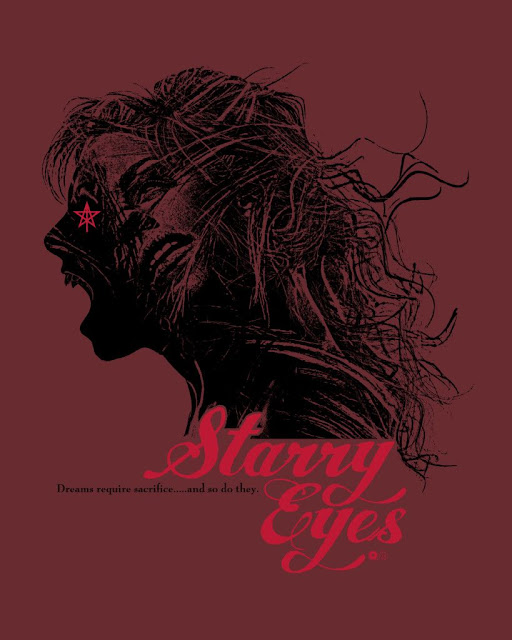 The same idea can apply within a single genre. Alien is Alien and a total classic. Starry Eyes (2014) is less canonical, but enjoyable for me from beginning to end. Apart from the unattainable status the former has over the latter, I might grant both a similar score. I'm actually allergic to alphanumerical scores, but for the sake of argument let's say 10/10.

For me, the most egregious movies are the ones not worth rating at all. Alas, these fall into the bin—a giant midden of forgetten trash, with little distinguishing one from the next. I find it far more productive to seek out movies others might slap a number on to qualify. Myself, on the other hand, will simply be content in saying something about them, whatever that may be. If a movie cannot get me to write about it save to say how woefully boring it is—or lacking to some other degree, instead of supplying me with any sort of positive reaction—then I might relegate it to the pile and simply move on.