Hi, I'm the "two cents" guy. I listen to metal songs on YouTube, though mainly remasters/remixes; my blog is about metal, but also sex, videogames and horror. This is a compilation—of interviews I've given with Metallica remixers, including Bryce Barilla, State of Mercury and Ahdy Khairat. It also includes comments I've given on their YouTube videos, and provides links to music reviews/write-ups I've done in the past.

Note: All of us can be found on State of Mercury's Discord server. Stop by and say hello!

My interviews focus on the history of these musicians, and the approach to making their content.

Creblestar: A YouTuber and speedrunner, Creblestar makes music content for his YT channel, including Metallica remixes. Although he came along slightly before I started writing about metal, his work inspired me to begin the journey. Read my interview with Creblestar, here. 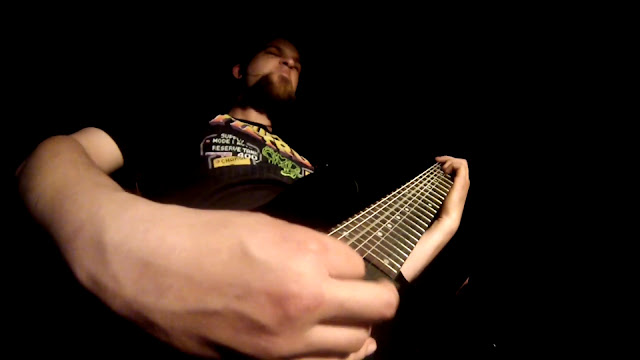 Bryce Barilla: Bryce's initial approach was more conservative. He remixed and re-recorded old Metallica songs, but didn't mess quite as much with the song structures themselves. Over time, though, his approach to the format has become increasingly experimental, rewriting the songs, but also—re: with his latest material—improving on the audio production by leaps and bounds. Read my interview with Bryce, here. 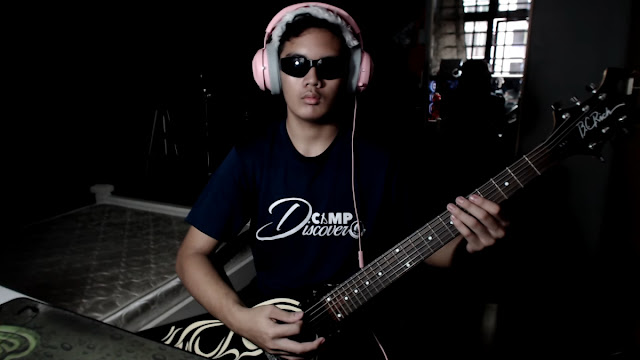 State of Mercury: Out of the three, Mercury's approach has been the most ambitious, songwriting-wise. His top-notch playing allows for a total reinvention of the riffs themselves. The sheer number of changes makes his material a challenge to analyze in terms of direct comparisons, but there's always lots to find and appreciate. Read my interview with State of Mercury, here. 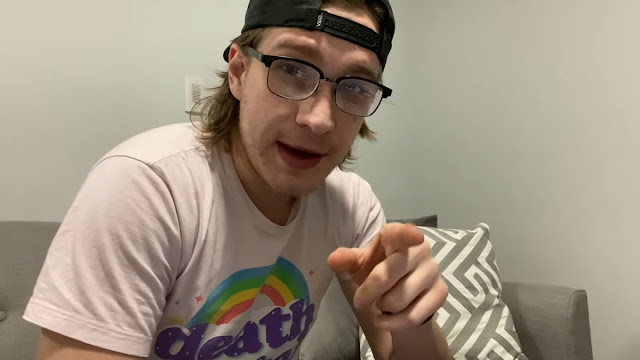 Ahdy Khairat: Although I was intrigued by GuitarRazze and Creblestar, Ahdy is what got me into analyzing metal on a regular basis. A professional producer/sound engineer, his material is entirely remixes and remasters, but the quality of his approach is unparalleled. Read my interview with him, here. 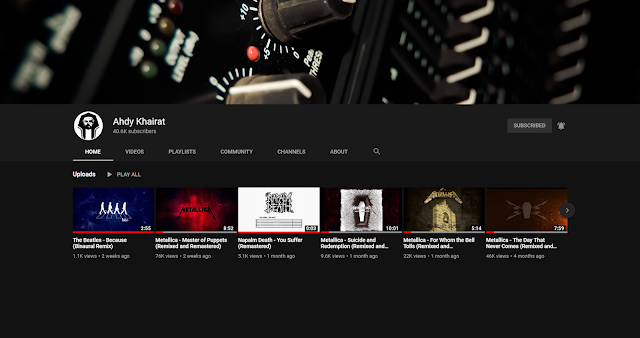 These are the videos by each musician that I've given my two cents on. To read the comments themselves, click on a video and look for comments made by the user "Nicholas van der Waard" (all comments start with "My two cents:"). Not every comment is pinned/hearted by the content creators, so you may have to do a little searching.

"What If Spit Out the Bone was on Master of Puppets? | Metallica Crossovers"

"Metallica's Master of Puppets Album, But it's in the Major Key"

"What If To Live is to Die was on Ride the Lightning? | Metallica Album Crossovers"

"If Whiplash was on And Justice for All | Album crossovers(?)"

"What If Creeping Death was on ...And Justice for All? | Album Crossovers"

"What If Battery was on ...And Justice for All? | Album Crossovers":

"What If Welcome Home (Sanitarium) was on ...And Justice For All?"

"Sex, Metal, and Videogames": Largely what this blog is about as a whole, this piece connects those topics to my other love (and profession), Gothic horror.
"I, Satanist; Atheist: A Gothicist's Thoughts on Atheism, Religion, and Sex": My Satanic Atheism has shaped my views and interests on metal, videogames and sex (and vice versa). I think these topics are interlinked, and explore that through my own persona connection and history with the material.
"Hearing the Gothic Past": In this guest write-up for Marilyn Roxie's blog, Video Hook-Ups, I cover Darkwave-style music. This includes Dance with the Dead and Carpenter Brut, and how monsters and nostalgia coalesce—within their music, but also the movies and other Gothic media that inspires them.
Rate Your Music reviews: Though not terribly active on the site, I sometimes review albums I've listen to. Many of these are rock/ metal albums (Stained Class, 2112, Endless Skies) but several are not.
***
About me: My name is Nick van der Waard and I'm a Gothic ludologist. I primarily write reviews, Gothic analyses, and interviews. Because my main body of work is relatively vast, I've compiled it into a single compendium where I not only list my favorite works, I also summarize them. Check it out, here!
I'm an artist and a writer. If you're interested my work and are curious about illustrated or written commissions, please refer to my website for more information. If you want to contact me about a guest article, please use this contact form or reach out to me on Discord (vanderWaardart#5394)!