March 08, 2020
Simply put, Castlevania season 3 (2020) is shaping up to be the best AAA videogame adaptation since sliced bread; or, as Trevor puts it, "better than sex." This second part may or may not be true, but it's an amazing show for a whole bevy of reasons. I'll say why that is in a future review. For now I wanted to briefly mention and discuss Trevor and Sypha's long-awaited sex scene. My blog is about horror, but also sex, metal and videogames, after all.

Note: I was still in the middle of watching the show when I wrote this piece. For my thoughts on sex in the show as a whole, read my season three review. 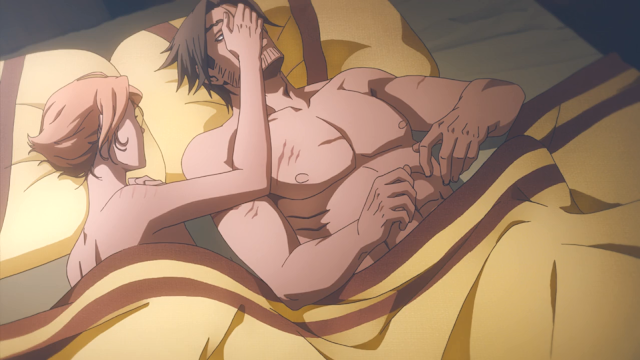 For a show that seemed allergic to sex in seasons one and two, it feels refreshing to see Trevor and Sypha getting it on. Episode one implies it; episode two confirms it. They lie in bed, the sheets thrown over their bodies. There's even a bit of slapstick thrown in, and cutesy dialogue between them. It seems fairly tame until you consider how little sex this show had, up to this point.

In other words, nothing so pornographic as, say, Highlander: The Search for Vengeance (2009). Though when I say pornographic, it's not the nudity itself that I'm taking about; it's the overly Romantic approach to how the sex in Highlander comes about. It's literally the point of the story. In its case, the pre-coital struggle is hyperbolic. Conversely a 1970s porno would take a much shorter route: A woman needs help moving her couch; the pornstar-in-disguise magically appears, and they have sex on it after five seconds of poorly-written, badly-acted dialogue. In either case, the nature of the media in question causes the sex to play out in an unrealistic manner. 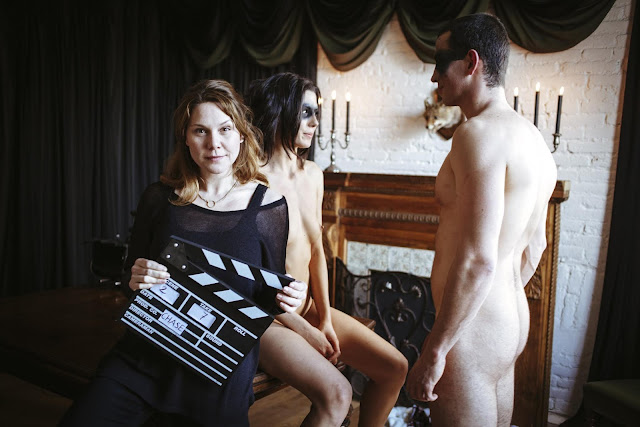 When I was in grad school, people studied this sort of thing readily. In terms of my own artistic style, I prefer a flair of realism, and ironically to depict, in my art, an everyday sort of romp amid fantastical, videogame scenarios. So you might understand my excitement at seeing Trevor and Sylpha appearing to have just fucked as lovers normally might. It's practically my artistic raison d'être.

This being said, I wouldn't gripe if the tone were more gratuitous; couples have sex all the time, which involves heavy foreplay and penetration. But it is interesting to note how many would fuss, "That sort of sex doesn't belong in the narrative!" Perhaps because a narrative arc is deliberately constructed to occur in stages. You don't want to derail the story and front-load your excitement. In other words, you don't want to come too soon.

To quote Brother Theodore, however, "I wanted a climax!" And this struggle showcases the desire for pleasure in advance. Not unusual when dealing with sex, in general. But media featuring sex also grants the viewer an opportunity—to generate their own sexual analogue without the struggle and randomness of actual sexual encounters. The question is, do the animators illustrate the lovers as they are in real life? Or, do they abbreviate the proceedings to get to the intended climax of good-versus-evil—i.e., the point of the story as a product to be sold and consumed? Sure, the sex is nice, but it's Castlevania we're dealing with, not As the World Turns.

The makers could surprise me and include more T&A, and honestly I hope they do. I love action and violence; seeing the brains burst from a lycanthrope's skull is good fun. However, the sheer gratuity of this versus keeping the sex symbols clothed demonstrates a curious phenomena. To borrow from Eve Segewick, let's call it "imagery of the surface*," specifically sexual imagery. 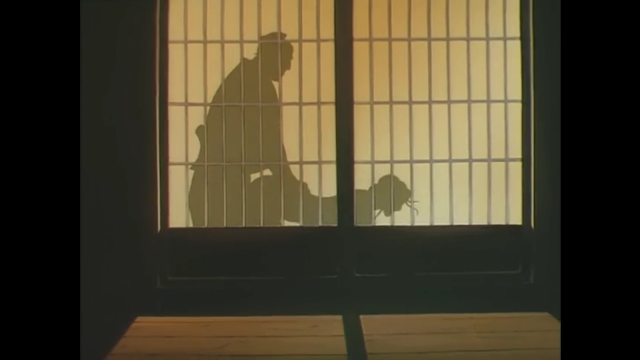 In Neo-Gothic novels, sex was forbidden. However, the characters (and audience) still desired sex, lusting after nuns in heavy, impenetrable outfits. In terms of visual stimulation, the covering became synonymous with the covered. Keeping in mind how mainstream, sexual art can be extremely telling about cultural attitudes, consider the United States. Here, sex is a controlled substance, its frequent evocation heavily policed. Conversely violence runs wild with cartoonish abandon.

It might seem somewhat ironic, then, when I confess my pleasure by Trevor and Sypha's ordinary union. I'd happily vie for a bolder gaze, to be sure. However, having them discuss their battle plans mid-coitus might be a bit too casual for American audiences. Sure, it worked for Vincent Cassel in Mesrine (2008); then again, European attitudes towards sex are a bit more frank. Don't expect to me to complain if the climax of the show plays out like a bad pun, though. By all means, let it end on an orgasm. 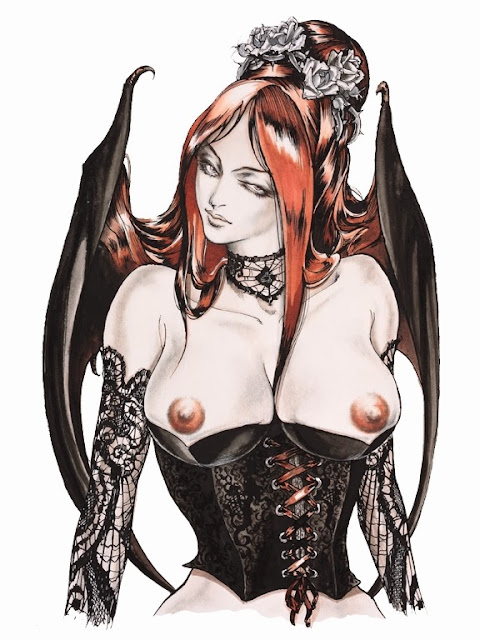 And if it doesn't, and it's more explosions and vampire kung fu, well, I love those things too. Would it kill them to put tits on Medusa, though? It pains me to see classical monsters neutered so freely—as if watching The Goonies (1985) suddenly inspired zombie Michelangelo to castrate David and all the rest. This kind of "body censorship" occurs in Castlevania, a videogame adaptation; it also is happening in Doom Eternal (2020): Hugo Martin and his team decided to leave their "first female demon" topless for marketing reasons. Given how sultry the depiction of sex was in the mid-'90s, with the likes of Diablo (1996) or Ninja Scroll (1993) having more than their fair share of demon boobs, it seems bizarre to be at a point in the nostalgia craze where sex doesn't sell.

*see: "The Character in the Veil: Imagery of the Surface in the Gothic Novel" (1981).
***
About me: My name is Nick van der Waard and I'm a Gothic ludologist. I primarily write reviews, Gothic analyses, and interviews. Because my main body of work is relatively vast, I've compiled it into a single compendium where I not only list my favorite works, I also summarize them. Check it out, here!
I'm an artist and a writer. If you're interested my work and are curious about illustrated or written commissions, please refer to my website for more information. If you want to contact me about a guest article, please use this contact form or reach out to me on Discord (vanderWaardart#5394)!