August 08, 2018
Something about Paco Plaza’s Veronica (2017) felt familiar. I didn’t recognise the director's name, but he seemed at home, in the genre. As it turns out, he actually directed [REC] (2007)—a movie exported to American theaters with John Erick Dowdle’s note-for-note remake, Quarantine (2008). With the possible exception of Gus Van Sant’s Psycho (1998), I generally don’t mind heavily derivative remakes. Tomas Alfredson’s Let the Right One In (2008) was solid; so was its American counterpart, Matt Reeves’s Let Me In (2010). 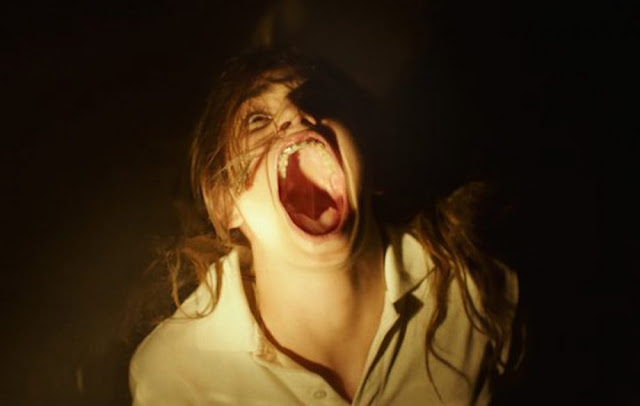 In and of itself, Plaza’s Veronica is notably atmospheric. Much it revolves around an innocuous, inanimate object: a Ouija board. A sinister Ouija board is a ridiculous idea, but horror relishes the exploration of ridiculous avenues, especially superstitious ones. Even so, scary Ouija boards are a tough sell; as C.S. Lewis once said, no one is afraid of what a ghost may physically do to them. Personally I think he meant, "in a particular state of mind."

To that, horror movies seek to make us susceptible to the irrational fear of ghosts, cursed objects, and monsters. Sam Raimi’s Evil Dead (1981) managed it, with a tape recorder; Tibor Takács’s The Gate (1987), with a black metal record; Jennifer Kent’s The Babadook (2014), with a (frankly awesome) children’s book. Maybe their connection to material culture helps these objects establish an ongoing commentary with which to channel our anxieties through. Veronica tries it with an "official"  Ouija board (the movie is very clear on this fact, stating it several times). To its credit, it tells everything with a straight face; Ouija and seances are treated as real, the sort of thing you'd buy off the shelf without a second thought (though perhaps a naughty smirk).

Veronica is the story of what happens after three naive Catholic schoolgirls use an Ouija board to communicate with the heroine's dead father. The fact that it all goes wrong should hardly come as a surprise. What's more shocking is the fact that such devices are available for purchase to begin with. Apart from Ouija, plenty are, in Mexico and abroad. On some level, I can't help but feel Plaza is poking fun of consumer culture, in general.

After the botched communion, a black shape appears. Enter the monster. 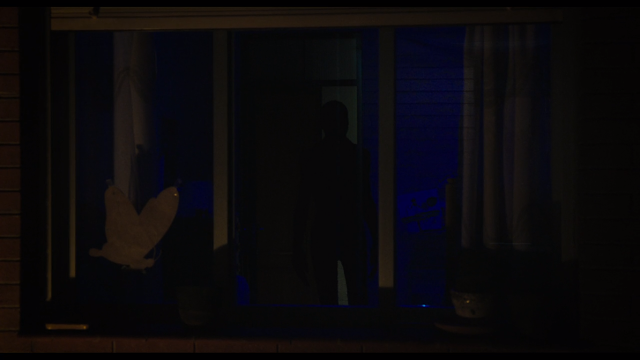 Early on, the interloper creeps about the haunted apartment, supplying the viewer with almost textbook thrills. Rote but effective, these are hardly exclusive to Veronica. The trick is to make them feel indigenous even when lifted from older sources, and Plaza has a knack for this. The black silhouette stalking Veronica successfully mirrors the Shape, from Halloween, lurching after Laurie Strode.

Some might see this as a negative; if recycled too often, a trick can become "old hat." If done right, its repetition should feel less derivative of the antecedent, and more effective for reasons that made the classic work so well, to begin with. Veronica carefully borrows from older material, allowing horror fans to gleefully recall instances of a continual  trick that works, out in the open. Whatever surprise being "given away" is supplied by a product whose customers already know what to expect. The promise made by these "second viewings" simply allows one to anticipate what they've already enjoyed in the past, albeit from a fresh perspective. In this sense, horror is not only cumulative, but participatory.

Consider when Veronica stares at the TV screen. Distracted, she remains unaware of the shape walking into the room, behind her. We see it; she does not. In fact, everywhere she looks keeps her from noticing it. All the while we shout at the screen for her to look the other way! Think Jamie, from Wes Craven's Scream (1996). It’s great stuff, and my favorite way to present a movie threat: in plain sight. Apart from supplying them with the typical jolt or thrill, the audience is suddenly allowed to participate in scaring themselves.


Ridley Scott reintroduced footage, in this manner, for his director's cut of Alien (1979): 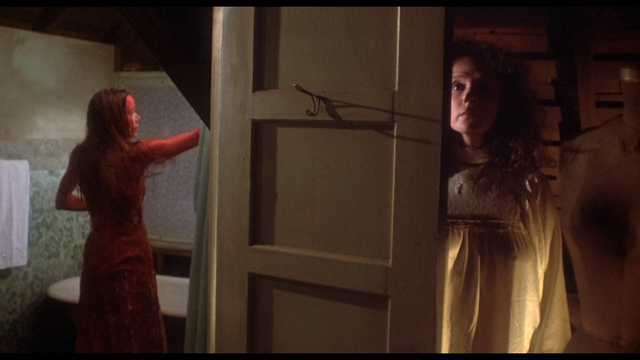 Another solid scene in Veronica is one that directly follows the ritual: the initial nightmare sequence. Appearing suddenly in her bedroom one night, Veronica's father slowly walks towards her, naked. Unresponsive to her inquiries, he merely says her name, over and over. This is but a slight variation on David Robert Mitchell’s It Follows (2014). In that movie, Jay is stalked by the monster, which assumes the shape of people she knows, including a naked version of her own, absentee father.

In either case, the heroine has seemingly crossed some invisible line, and is "marked." So is Christine, in Sam Raimi's Drag Me to Hell (2009). There's a certain schadenfreude in seeing these hapless ladies accidentally doom themselves. Yet, while often not entirely blameless, we cannot wholly blame them, either. Indeed, we often sympathize with their actions. Christine merely does her job, but eventually feels penitent for her mistakes (to the point that she could have passed the curse on, but doesn't). Jay seeks companionship with which to fill the void her father left behind. Veronica merely wants to speak to her father again. On some level, we're meant to identify with them, because their desires mirror our own. We see them being punished for seemingly very little and ask ourselves, "What did they or Laurie ever do to merit such an outrageous response?"

There’s other little details I enjoyed, about Veronica. One example includes a burned magazine used by Veronica and the girls for the ritual. Some of the pages are partially burned, so that a “safe” seance is hinted at, but whose instructions are unavailable. Along with it, the damaged pages warn of “the one thing you should avoid during a seance no matter what.” I found myself thinking of the VHS tape from Koji Suzuki’s Ringu (1991) and how the survival instructions were recorded over by whomever played the tape last. Veronica simply buys another magazine. In doing so, she learns that she forgot to say goodbye to the spirit.

It would appear that another seance is order. 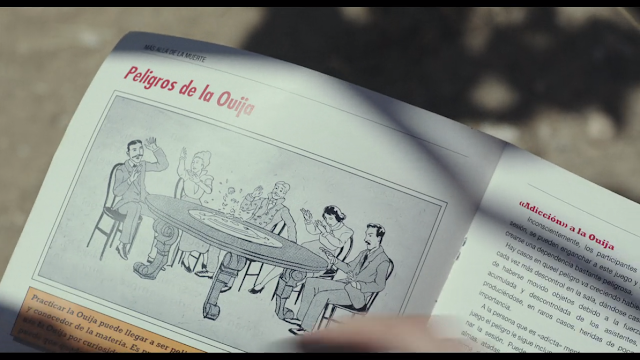 The problem is, the other girls don’t want to help. More interested in parties and boys, they coldly leave her to die (except, they don't believe in such things). Even her own mother won’t hear her out. Constantly tormented, Veronica becomes convinced the black shape means her family harm. So, she recruits her young, gullible siblings. Under her de facto leadership, they reenact the foolhardy ritual a second time.

It's hardly smooth as silk. One, Veronica unwisely asks the littlest (a positively adorable Iván Chavero) to draw protective symbols of the walls; halfway through, he draws a summoning symbol, instead(!). Two, the magazine itself is infuriatingly vague; when it asks for a song, it doesn’t specify what kind. So the children, hardly accomplished singers, recite the theme song for a cleaning supply they saw on the TV after school (this movie really enjoys needling consumer culture). Little moments like these are clever and fun, and help keep things relatively fresh amid some of the more glaring visual mistakes; Veronica isn't perfect, largely due to its frankly awful special effects.

I shall explore these, in part two.
***
About me: My name is Nick van der Waard and I'm a Gothic ludologist. I primarily write reviews, Gothic analyses, and interviews. Because my main body of work is relatively vast, I've compiled it into a single compendium where I not only list my favorite works, I also summarize them. Check it out, here!
I'm an artist and a writer. If you're interested my work and are curious about illustrated or written commissions, please refer to my website for more information. If you want to contact me about a guest article, please use this contact form or reach out to me on Discord (vanderWaardart#5394)!