January 10, 2018
Having now watched episode two of Stranger Things (2017), I'm starting to feel as though the show is picking up steam. However, I have to point out, for the second time, how the material reflects on the past in ways that might seem strange to millenial viewers. I simply have to ponder, if one has never seen a polaroid, how are they supposed to feel when this show parades such technology out, to be gawked at?

For example, the Ghostbusters (1984) bit: The lads stand in front of their hysterical mothers, who snap photo after photo; the sheets drop and the photographs slowly start to appear before our eyes. Back then, that was the quickest way to snap a photo; nowadays, one can create hundreds in minutes, should they choose. I remember polaroids—using them, seeing them. Those, amongst other things, comprise the plastic reality of the 1980s being exhibited here by Stranger Things. The show does it with relish. Personally I love the attention to detail. Will others?

In any case, when watching episode 2, of Stranger Things 2, I found myself easing back into this modern take on an older time, focusing less on the Upside-Down largely because there was very little of it. Reiser still has a moment or two to chew the scenery while they repair a damaged dish, in the Upside-Down. Apart from that, and another isolated moment or two (such as Will breaking down, during the trick-or-treat segment), there was almost none of it to be had.

I, for one, couldn't have cared less. As I watched Jim Hopper walk up to a tree not simply covered, but filled with runny slime, I found myself grinning ear-to-ear as he touched the ooze, before repeatedly trying in vain to shake it off his fingers, in utter disgust—a subtle nod to Bill Murray's Peter Venkman, in Ghostbusters, when he touches the ectoplasm, in that movie ("Excellent; save some for me."). I say "subtle" because it's a big part of the visuals but doesn't draw attention to itself. There isn't some neon-lit sign saying "Remember this, from Ghostbusters?" Rather, it's more of a gag that hides in plain sight, waiting patiently to be noticed by those who still remember.

I liked this. Subtle is good in monster movies, especially reflective ones.

Another subtle scene includes one with Max's brother (whose name eludes me—not that he needs one; his archetype is obvious). He is driving her home in his Camaro. As he does, they bicker. I'm not sure why they're going at it, but as they do, I listen to Ted Nugent on the tape deck; as I do, I watch him reach down and touch a switch, making the car's passenger window descend. Everything in this scene is careful, deliberate retro-product placement.

More to the point, as the two characters fight, the dialogue unfolds in a way that seems natural; we sense they obviously don't get along but don't really know why. Of course, that's part of the fun. This is subtle, but there's more going on here: As the two characters argue, the show's heroes are visible through the windshield, riding on their bikes. Max's brother races towards them, mockingly playing a game of chicken to torment his sister (their exact relationship hasn't been stated, thus far, but I assume that's what she is). The three boys narrowly avoid getting flattened as he flies past them, laughing like a maniac. One of the boys gasps "Mad Max!" as the car disappears, burning rubber as it veers around the bend. 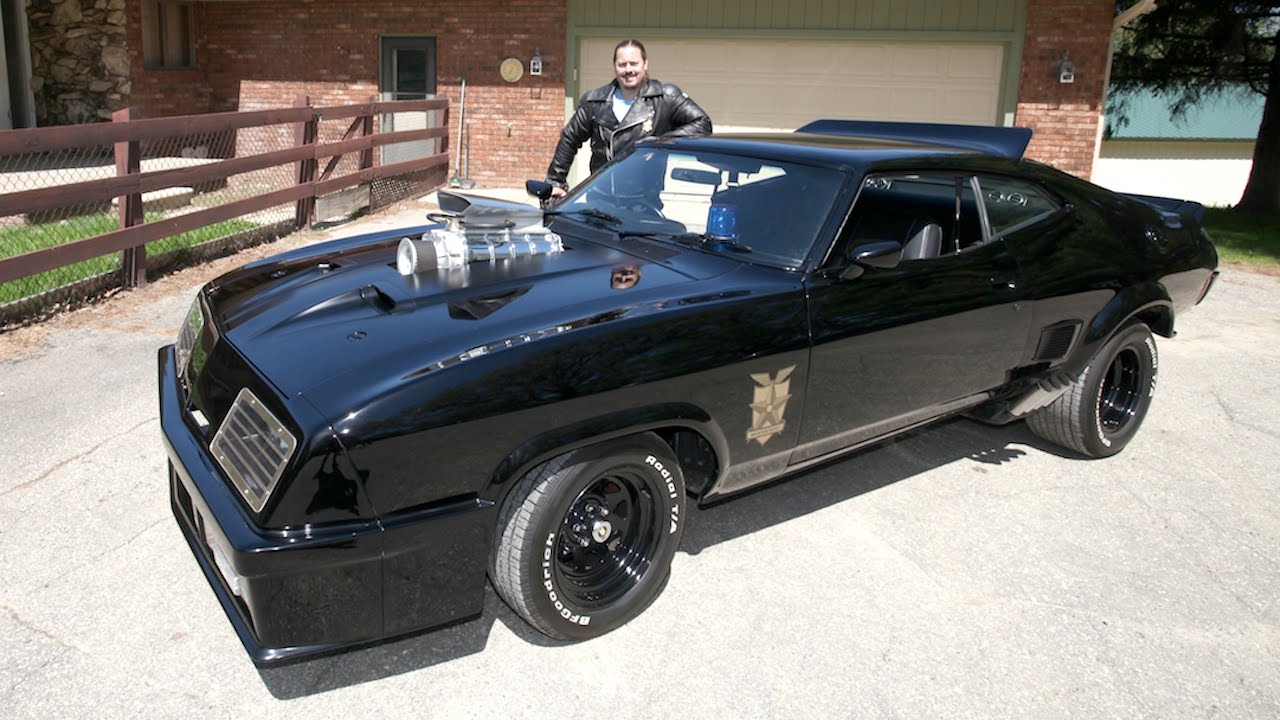 I loved this scene, because it was a clever emulation of the original Mad Max (1979). Of course, the car was different, but so were the actors and the scenery. There's no desert, no gang on motorbikes, no V8 Interceptor/Pursuit Special—just boys on bicycles. Everything is just familiar enough to successfully convey an older movie without feeling like a blatant rip-off. Furthermore, would a kid be able to tell the difference between a '79 Camaro and a 1973 Ford Falcon XB GT Coupe, anyways? Probably not; these boys are nerds, not gear-heads.

Speaking of the music, I especially enjoyed much of the electronic synths used, here. I know the makers used Tangerine Dream, in the first season. To be honest, as much as I love those guys, if it's not Phaedra (1974), Rubycon (1975), or the score to Near Dark (1987), I'm probably not going to recognize it, by ear. Needless to say, whatever is being used, in season 2, is damn good, be it original or borrowed. The music succeeds in being creepy and emotional, without over-the-top. The mood it generates is thick enough to cut with a knife.

Apart from those things, there were other nifty little things I enjoyed, too. One was a commercial of The Terminator (1984) being on the TV at Jim's hideaway. It was a lot less front-and-center than the Ghostbusters stuff, but I welcomed the variety (and I like Terminator much more, as a series). Apart from that little nod, I'm personally also hoping for an excerpt (or two) from Brad Fiedel's 1980s output; the man was a superb composer.

It wasn't all 1970s/80s references that I loved, though. Another little detail I relished was Jim Hopper being late, going back home and asking to be let into his own house. Seems plain enough, right? There was more going on here, though.

You see, normally when a door unlocks, one expects someone to be on the other side. So when we hear the locks unlatch, the expectation is that Eleven will be standing there, looking at Jim with disappointed eyes. He's late, after all. However, because she's telepathic, the show has a little fun with us: When Jim opens the door, there is no one waiting for him, inside. This isn't a house from the future; the locks appear to have opened by magic. Point in fact, they have. And yet, the show doesn't spell this out to us (unintentional pun, there). What I like about this is Jim doesn't say anything about it. We're left to figure it out, on our own. By the time we're shown the locks opening, on Eleven's side, we've had time to draw our own conclusions.

See how simple this part is? There's no expensive special effects. Just writing and clever editing. They could do the entire show this way and leave the shoddy monster effects to our imagination, at least. Something tells me they won't, however.

Apart from that, the emotional gymnastics are more limber, here, than perhaps required: We have Mad Max and the lads, one of whom is still pining for Eleven. Then, we and the love triangle between Jonathan, Nancy and Steve. Some of the characters are nervous wrecks; some just want to relax a bit, still be kids, or "stupid teenagers," as Steve puts it. I can't blame them. At the same time, it's the anniversary of everything that went wrong. So, some of the characters feeling raw isn't really a surprise, either. The love-triangle is a little run-of-the-mill, but I enjoyed Mike and Will trying to deal with Will's condition, while also keeping it from their friends. They're not following Mike's own advice about "Friends don't lie," but is it a lie to omit things from the narrative? To err is human.