I like grad school because it points me in interesting directions. One such direction is the Slender Man. He's literally my homework. Up to this point, the legend of the Slender Man has preceded him; I've certainly heard of him, but never had the chance to see some of the original material that made him so famous, to begin with. Now, I've had the opportunity to sit down and watch some of it for the first time: Marble Hornets, a web series initiated on YouTube, in 2009. From what I understand of the character, this series was a response to Eric Knudsen's original character, on Something Awful, from the same year.

In the case of Hornets, it isn't the "start" of such an iconic fiend (then again, perhaps neither was Knudsen. After all, the fears addressed by each are hardly new). When I look at the Slender Man, I see Legion. He is yet another manifestation of the same, basic fears— of stalking, of amnesia, of possession. All the same, the series is rather effective, given how rudimentary the production, itself, is. At best, I would call it amateurish, but the makers clearly understand the material. I think their raw, basic approach makes it seem more real. At the same time, we're led to believe that something is altogether "wrong" with these ostensibly ordinary recordings. Denmark must seem fresh before it is declared rotten.

Hornets is told retrospectively. Everything is fragmented, non-linear. The premise is explained straightforwardly in basic, white font on a plain, black screen, like a journal entry not entirely out of place in a Lovecraft tale, or Stoker's Dracula (1897). There is no music. Additional factors are revealed, as we go; exposition is provided, in between clips, which are generally rather short—some as brief as ten seconds, some as long as five minutes. Enough is explained, early on, to give the narrative a sense of direction. However, things begin to unfold in slow, uneasy alarm as the story progresses.

"Found footage" owes its roots to radio dramas and pulp narratives, preoccupied, themselves, on rediscovered journals or recordings that hint at something wicked, lurking either behind the corner, or in plain sight. It is a trail of breadcrumbs found backwards, but leading us forward, to the same old foregone conclusion: nothing is what it seems. If one goes back further, they can trace the literary heritage to ghost stories, told orally in ways that evoke our everyday anxieties, in normal situations; as life is infringed upon by external forces, like war or crime, we feel a slow, creeping sense that what is "normal" to us is actually illusory. Behind that illusion, outside Plato's Cave, we're drawn to something that could be the Slender Man.

That's my impression of him. His presence is felt, not seen, and most of what I've watched of Marble Hornets thus far evokes the uncomfortable sensation of being watched, or controlled, or preyed upon—observed. I think of Terry Rawlings, describing his time editing Alien (1979) back in the 1970s. According to him, the original work-print of that movie was over four hours long. During it, he described himself feeling almost bored, waiting for something to happen. Eventually it would, and suddenly he'd be terrified, if but for a moment.

The Slender Mander isn't that different. He is tall, uncanny—existing in a liminal state, much like the so-called Eighth Passenger. There's something to recognize in him, and something that isn't quite right, missing. Ridley Scott's infamous alien had no face; rather, there was a smooth dome where eyes should be, and a mouth full of metal teeth. 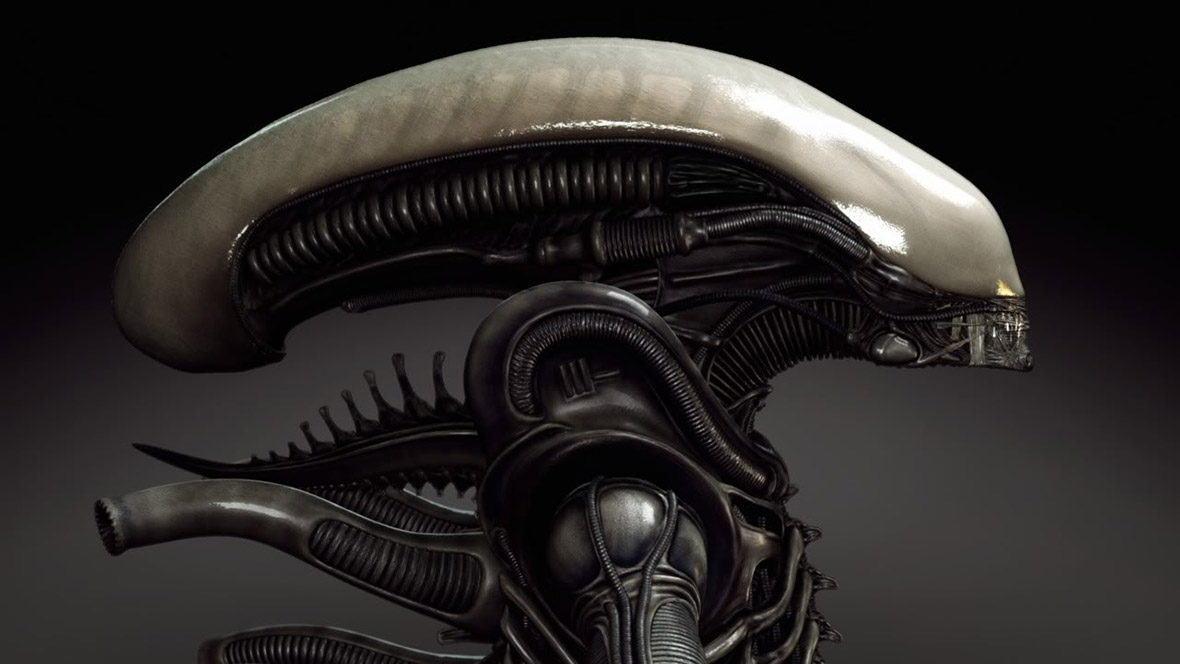 With the Slender Man, he wears a business suit, but is also freakishly tall. He moves slowly and always seems to catch up with you. And he has no face to speak of.

I'm told his actual moniker is "the Operator." This reminds me of old Twilight Zone episodes, where characters exist in perpetual existential crises—where the man holding the camera is actually being watched, as he watches, by someone he cannot see, only sense. Thus the hunter becomes the hunted, and the "normal" situation—the delusion of power—is reversed in ways that aren't immediately obvious. Our imaginations go wild, and yet, we cannot put our fingers on it, because it isn't explicitly stated—as either good, or evil.

I suspect we generally lean towards evil because such sensations arise from a lack of power, on our part—to describe, and thus define, this prolonged sense of unease. We fidget because we cannot relax, and anxiety begets anxiety. We want this anxiety to end and thus are drawn to ghosts, which are themselves neither alive nor dead. We want see them fully unveiled in the hopes that things will be simple, again. Or, as we glimpse something familiar in them, our desire to approach clashes with our instinct to run. Confrontation with whatever they are is ultimately our goal—to hopefully end the ceaseless, maddening tension.

It all stems from a lack of memory or reliable, consistent, naked testimony. We rely on these things to explain our everyday experiences. But how would it feel to have those break down, and, as they did, to be left with the sinking, incomplete feeling that life is a curtain, and behind it lurks something indifferent to our plight—worse, that it takes pleasure in our helpless confusion? Ghosts and monsters are often described as vampiric or predatory in the sense that they ceaselessly haunt us, undermine our sense of reality. The blurring of the lines between predator and prey only add to the generative disquiet resulting in having our confidence shaken. Reality itself starts to feel a lot less solid; we're plagued with doubt, but very little steps in to actually replace whatever concrete resolutions once entertained by us that have now been effaced. All that's left is a void.

I'm finding Marble Hornets to work better than one might think possible, given the humble production values. Then again, perhaps a more extravagant presentation might have missed the point: Such anxieties stem from a primitive side of ourselves, residing outside everyday language; as language makes up how we see the world, not being able to describe this inevitable sense of unreality will undoubtedly feel uncomfortable to us.

The quest to do so is horror written in marker, dragged across a crumbled sheet of cheap notebook paper. It is incomplete—the mere impression of a hostile presence, or realization that the universe is so much more than our minds can ever process. To describe it, we try to use words hopelessly impotent regarding such a colossal demand. On such a fool's errand, sometimes a child-like painting hits near the mark. We look at that and cry out, "Yes, that is it! That is how I saw!"

So, all in all, I'm loving Marble Hornets. In any case, I'm only on the twentieth entry so far (there are nearly a hundred of them). For this post, I merely wanted to relay my initial thoughts. However, as I continue to watch the series, perhaps I will say more, regarding it. Stay tuned.
***
About me: My name is Nick van der Waard and I'm a Gothic ludologist. I primarily write reviews, Gothic analyses, and interviews. Because my main body of work is relatively vast, I've compiled it into a single compendium where I not only list my favorite works, I also summarize them. Check it out, here!
I'm an artist and a writer. If you're interested my work and are curious about illustrated or written commissions, please refer to my website for more information. If you want to contact me about a guest article, please use this contact form or reach out to me on Discord (vanderWaardart#5394)!