Sigma's Origin Story and Its Gothic Depiction of Mental Illness

I enjoyed Blizzard's Sigma origin video for many reasons. It's creepy and grandiose in way most Overwatch videos aren't. It has actual pathos, and tells much of its "story" through grim emotional appeals. Sigma seeks to harness a power beyond his control and pays the price. Like Schrodinger's infamous cat, curiosity is not fatal, but a jail sentence. This prison is poorly defined. Instead of a concrete box, Sigma's tomb is an unhappy place between total lucidity and pure annihilation. And we're right there with him. 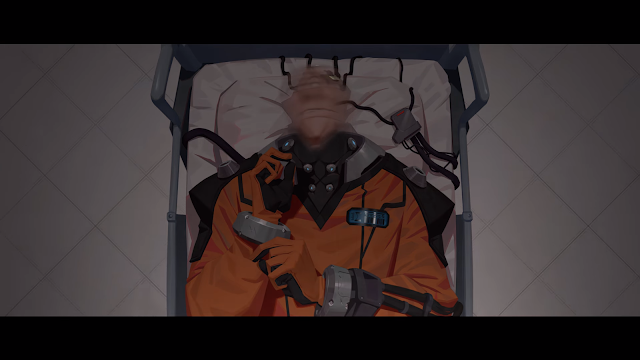 Sigma's head thrashes about, much like the demons from Jacob's Ladder (1990).

Reversing the video continues the story (and the prison). Played forwards, Sigma gradually becomes mad, the destroyer revealed at the end; played backward, the Good Doctor is slowly reduced to a babbling infant proceeded by the tyrant inside him. The word salad is translated; the rationale becomes soup. For me, Sigma's "xenoglossia" evoked Reagan's backward dialect to Father Damien, in The Exorcist (1973). I approve.

However, the inversion is less of a reversal, and more of a palindrome. The chaistic loop (A B; B A) is anisotropic, its meaning determined by direction; the second outcome remains confused. Burdened with new knowledge, fresh insight reinforces a central concept: A destroyer is near and always has been. Further knowledge robs the audience of clarity—a common paradox in horror literature. Knowing Sigma has three identities does not "clear things up" because the location of the killer cannot be pinpointed. Sigma's alter ego hides in plain sight; "plain sight" has become dubious, dark, and dangerous. 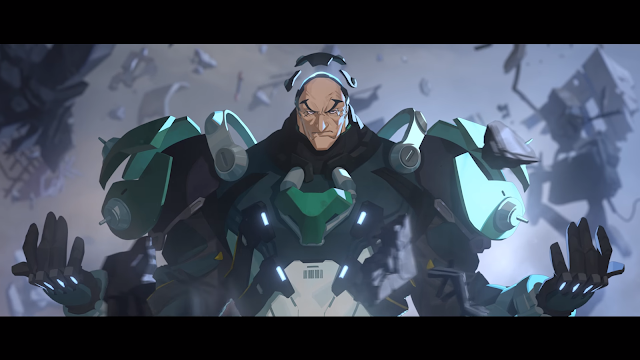 Like Sigma, the monster inside him is also imprisoned, and demands release.

I also wanted to address outrage surrounding the video's depiction of mental health, including the possibility that Sigma's nefarious persona is inaccurate, even harmful to actual mental patients. Being mentally ill, myself, I disagree. This is not vaudeville by Blizzard; it is a conclusion jumped to by articles like these. The representation of madness is not meant to mimic modern standards; it is meant to convey the historical past at a glance. This history includes representations of the mentally ill as traumatic.

Sigma's depiction is hardly a farce. To say otherwise is to overlook the sympathetic nature of mentally-ill characters in literature. Of Mice and Men (1937) is not a stab at the mentally ill; Lenny is someone to feel sorry for. Victor Frankenstein is arguably more pathetic than the monster. When it tells him, "I will be with you on your wedding night!" Victor cannot fathom an attack on anyone but himself. This oversight leads to the death of his wife, but also his brother, father, and best friend. The creation of the monster is not the problem; it is Victor's inability to reconcile. Under any circumstances, he cannot fault himself. 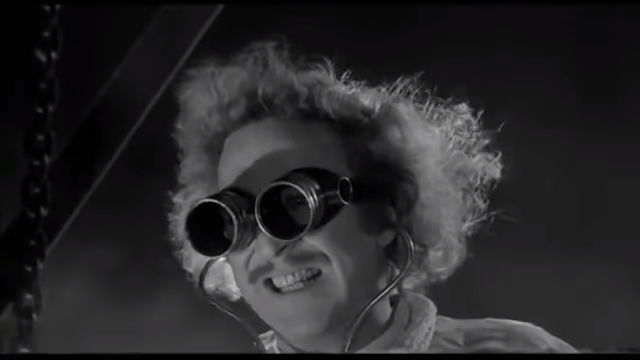 Stories like Frankenstein (1818) are Promethean. The hero's reach exceeds his grasp. In Sigma's case, he goes poking where humanity shouldn't, and is punished for it. Experiments on black holes drive him mad; Talon exploits this madness by tricking the vulnerable warrior into service. I fail to see how Blizzard's depiction of mental illness extends into the narrative in a way that looks poorly on either mental patients or scientists. The enemy, here, is hubris.

The Gothic stresses chimeric depictions of trauma. Complications are begot from an inability to identify issues beyond a localized point, simply because much of their outward appearance is infused with horror stories out of the past. The point isn't that Sigma's depiction of mental illness is 100% accurate by modern standards; it's that his appearance mirrors older forms of madness and treatment. This includes horror stories about them, which fuse together into a patchwork giant. He's less of a man, and more of a titan crafted brick-by-brick. 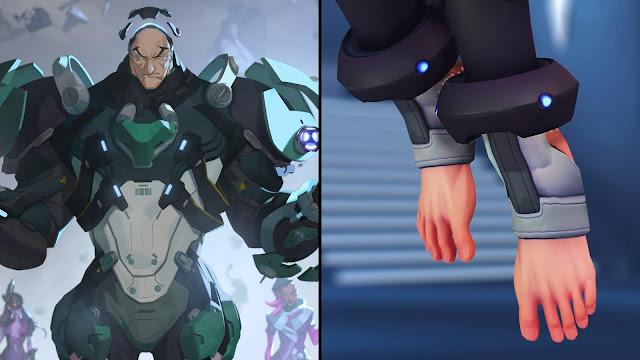 Bare feet are a curious symbol for several reasons. One, they denote something we seldom look at (see: Shawshank Redemption). Two, they indicate something is wrong about the person—a "tell," but also an Achilles Heel (see: Terminator 2).

People who cry foul are missing the point. Accurate representation of mental illness isn't the aim; historical inaccuracy is. Both are woven into a narrative people can relate to at a basic level. A fulcrum of Gothic narrative is to expose worrying qualities in modern society by generating historical instances that invade what we think is safe. Just because standards are technically higher doesn't mean abuse disappears. Straitjackets and bare feet might seem antiquated; applied to the present, they raise concerns which, until now, may have been ignored. It's a critical tool, a viewpoint that helps the viewer learn from the past by recognizing its return.

Said return is fraught with peril, our present selves doubled by the past in ways that highlight our human limitations. Lack of coherency is a historical-social byproduct exacerbated by the uncanny as a symptom of the human mind. Promethean narratives highlight this failing while also warning against destructive science (nuclear bombs, for example). They illustrate humanity's tendency to self-destruct, -persecute or -imprison. And that's something people cannot escape from, no matter how hard they try.

This includes vilifying artists. Sigma is not a total fool. He's complicated. So is mental illness. While Overwatch is not a game known for its complexity, this rendition is hardly culpable. To anyone who wishes to complain about depictions of mental health, save it for when the argument is actually merited.