Apart from atmosphere, the trailer feels faithful to the original, but takes a big risk in that Laurie is no longer Michael’s sister. Then again, is it actually a risk when the original never presumed to make such a claim, to begin with? It's more of a risk to fans who would assume that it was the case in the original—that Laurie was Michael's sister because the second film said so, ergo canon. Here's the thing about canon, though: In a world that seems to constantly overvalue it, people forget how fluid horror and myth can be. Yes, they're self-referential, but generally take liberties from older material to create something new and hybrid as indicative of the continually revived past, in the present. Carpenter did it, with Halloween. So has Green, with his version. In the trailer, there's a faithfulness to the material, but also a gleeful playing with the relics as uprooted from their sources to create something nostalgic and haunted in the present, for a new generation. 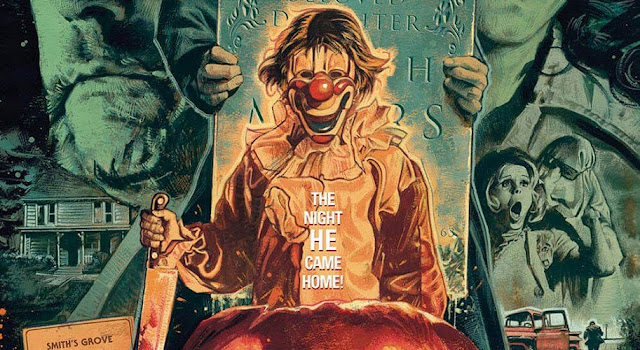 This involves the changing of the narrative, somewhat. Again, Laurie is no longer Michael's sister. In short, the two being related is simply "a myth that people made up." Imagine oneself sitting around a campfire, arguing the parentage of a ghost and you get the idea. Indeed, the prospect of such fantastical material being indestructibly iconic is a little odd, given precisely how mythological  it is, to begin with. To that, Michael Myers is just a myth that Carpenter made up from older stories. Likewise, when Walpole wrote The Castle of Otranto (1764) the first edition was anonymous, and was claimed to have been "found," the manuscript being a Catholic reliquary dug up by a prospecting antiquarian. Much to the public's chagrin, Walpole claimed authorship of the manuscript in the second edition, declaring himself as having written the entire thing (all the more publicly flagrant given his role, as the son of an ex-prime minister). He famously stamped the story as Gothic, showing how such tales consist of playing with relics, precisely because they are not  indestructible. Neither is Michael; he is the Shape, ever-present but forever changing.

Carpenter found a good balance between old and new, in Halloween (1978). So has Green, it would seem, but this has required him to change or play with many of the original ideas Carpenter and company played around with, themselves—before, during, and after the original movie. To be clear, risk or no, one of the most interesting ideas I've seen in the new trailer is Laurie not being Michael's sister. I'm glad for the change. Frankly the concept never made much sense, to me. Furthermore, people who would attack any attempt to erase it in order to maintain continuity need to remember that continuity in franchises generally is only taken so far, and leaves a timeline as partial, incomplete, or even contradictory. In Aliens (1986), the introduction of the Queen was, in retrospect, contradictory to the life cycle as established in 1979. Cameron said as much, in a 1987 interview responding to fan backlash to his movie (which, oddly enough, is now a huge classic in its own right).

The ability to reinvent the past—in prequels, sequels, or anything in between—allows for a franchise to change and evolve in ways that prevent it from becoming stagnant; or, to correct ideas that were stagnant to begin with. In the case of Laurie being related to Michael, this idea wasn't introduced until the "all new" sequel, Rick Rosenthal's Halloween 2 (1981).Yet, in the first movie, Michael's parent's are revealed in the infamous "de-masking scene," set in 1963. Fifteen years later, Laurie emerges from her house, flanked by her father. As played by Peter Griffith, this man is later credited as "Laurie's Father," and when she is approached by Tommy when dropping the key off at the Myers' place, she also calls this same man her dad. When watching Halloween, note how Laurie's dad looks nothing like Michael's father, in the earlier scene. 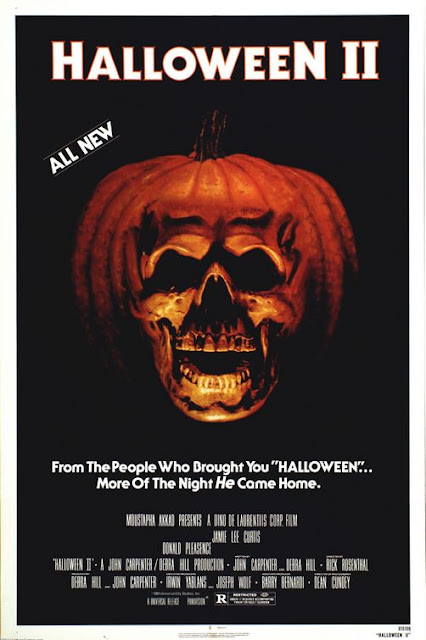 Certainly a long-lost evil sibling is no stranger to the Gothic. Just look at Ann Radcliffe's Schedoni, in The Italian (1797) or Matthew Lewis's Ambrosio, in The Monk (1796). In the case of Halloween 2, Laurie's surprise biological relationship to her own killer felt shoehorned; it never really added up enough for the plot-twist to work. So what is the exact lineage, then? Different fathers, same mother? The difference in age between Laurie and Michael is only three years, give or take. Then again, Michael's mother looked somewhat matronly in 1963. Could she have even given birth to Laurie? So, different mother and the same father, then, and Laurie's father, in Halloween, is a fake? This kind of convoluted bloodline is not unusual in classic Gothic stories. But what would Loomis' role be in all of this? Why return Laurie to the scene of the crime and allow her to live in this place, knowing what Michael was and that he might someday escape and return? Halloween and its sequels certainly catered to the notion of Gothic space as inherited: an old house is reclaimed, or taken over by fresh inhabitants that nonetheless have uncanny ties to their "new" home. This gives the place a haunted feel, that "something is rotten in Denmark"; it also allows the character(s) to investigate a past trauma, to exorcise it and establish their claim as the new boss of a purified house ("This house is clean."). Except no house is ever clean, is it? Ghosts always come back. Regardless, Laurie seems hell-bent on a tidy home. No ghosts allowed; they kill her "babies" and reinsert themselves as the original owners, even when they're not.

In Michael's case, we learn he is just a man (according to Rosenthal, anyways): at the end of Halloween 2, he is killed, stone dead. Is this such a bad thing? Well, the idea of the Gothic is to present the audience with a killer that is ambiguous; they can be leant a supernatural air without actually being a ghost or monster (that's the whole idea of myth, especially when applied in Gothic narratives). The issue is that when Michael dies at the end of Halloween 2, he's meant to stay dead. Later, though, he's raised from the dead, in future sequels. This is fine if one views the films individually. It's not-so-good when viewed as a sequence. Hence why the idea—that canon is somehow sacred in horror movies—is bogus, and the notion of a Gothic purist totally absurd. Planned sequels are one thing. Sequels between directors in a long-standing franchise are entirely another.

Furthermore, Michael's aforementioned resurrection in later movies doesn't really make sense unless one ignores the events in Halloween 2, or treats the villain as entirely supernatural. In this case, how could Michael and Laurie be related, then? Is she a ghost, too? Even in these cases, the events are disjointed and nonsensical, so why are fans so upset when they become convinced that their timeline is correct? As far as I'm concerned, there is no concrete timeline. Anything onscreen can be contested as mythological, fake, or reinvented for a new audience. That which sells matters above all else. In fact, things generally work out better in this case; fussing over idiosyncratic minutiae is moot. 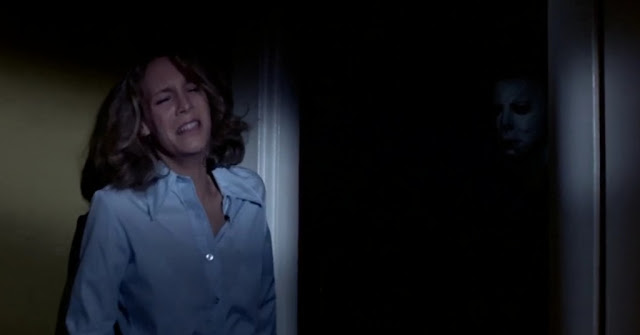 I don't doubt purists might complain, with this latest film (as universal acclaim with any sequel is more or less impossible). To that, I'm certainly no purist, myself, but have always enjoyed the original because it invokes that special feeling of fear called dread that arises when one doesn't know their threat—not a tiger in the other room, as C.S. Lewis once framed it, but a spirit and a powerful one at that. That's the magic of xenophobia, the uncanny and the sense that a space is haunted. For the original, it was never simply about a guy in a mask, running around stabbing people. Based on what I've seen in the new trailer, neither is it for Green.