May 31, 2018
For this three-part piece, I wanted instead to address criticism towards The Last Jedi (2017)—chiefly the vitriolic, virulent sort that's arisen during its theatrical run, and following its home release. There will be spoilers concerning the movie itself, here, but largely I'll be discussing the franchise as a whole.

This is part three; read part one, here, and part two, here.

Many fans seem to argue that Rian Johnson and company don't understand what Star Wars is, that their iterations lack something even the weakest Lucas entries managed to procure. I find all of these complaints odd and vague, given their surly lodgers appear to be taking umbrage with something that's altogether unrelated to the superficial details I've already mentioned, regarding politics and sexual identities. In other words, one could combine everything progressive in The Last Jedi (2017) and still come up short when comparing these collective sins to Johnson's gravest error of all: his "mistreatment" of the series' greatest hero, Luke Skywalker. 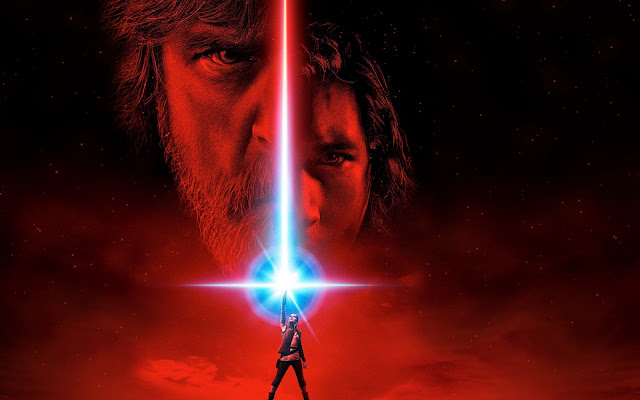 Luke was the hero of the original trilogy. However, was he a great hero? One, he was always conflicted, and generally in ways that held him back. Yes, he destroys the Death Star and is promoted to lieutenant commander (come on, he had help: Solo, Wedge and Obi-Wan). After that, though he routinely finds himself in ensconced in peril, largely due to his own foolish behavior. Destroying the Death Star was arguably the most tremendous thing he ever did. Following that, he's generally a massive pain in Yoda's green ass, and eventually lays down his sword, declaring himself a Jedi as he does so. Unlike the sword-swinging knight errant he was depicted as, in The Empire Strikes Back, Old Luke has zero interest in swords; he doesn't want to pass his knowledge onto the hotblooded Ray. I have zero problem with this—in seeing him refuse to teach or fight, or in him being depicted as a callous, bitter old man. It's called aging!

This aging made sense to me, given how Luke's character arc ended, in Return of the Jedi. It doesn't seem to mesh with fans, who really dismiss Johnson's treatment of their favorite character (an attitude, I think, that extends to Mark Hamill, as a person). It's like they suddenly expect the character to be perfect, ready for battle at any notice when he never really was, in the past. Johnson portrays Luke as defeated; he has doubts about his role as a teacher, and we learn that Kylo Ren is the poisoned fruit of past pedagogical labors gone to pot. Once again, Luke has failed, and because of his failure, his best friend, Han, is dead. I can hardly blame Luke for doubting himself, but many fans seemed furious at Johnson precisely for these reasons.

Why, though? For the life of me I can't fathom their disdain, except that they wanted another crazy sword fight (the kind Lucas pandered to them with, for years). Luke's less-than-flattering portrayal at the hands of Johnson aligns with how Luke was, in the past films. Furthermore, his behavior in The Last Jedi leads him down the same path taken by many Jedi masters before him, including Yoda and Obi-Wan. Yoda didn't want to teach Luke for largely the same reasons Luke initally rejected Ray: on account of a past student going over to the Dark Side. On the other hand, Obi-Wan "defeats" Darth Vader in death, becoming more powerful than Vader could possibly imagine. Such a puzzling exchange mirrors Kylo Ren, when he "cuts down" his former teacher, in the desert.

These scenarios aren't symmetrical. However, the overarching theme of master-versus-apprentice, and the embodiment of tutelage post-demise—these are well in place, in The Last Jedi. It's strange to see Johnson crucified for maintaining focus on something so central to the series since day one, while Lucas is being sung praises. Why one and not the other? If Johnson's changes to accommodate a new character ultimately went against the classic grain, then so did Lucas, when he literally revised the classics movies retroactively in order to explain Anakin (who arguably was dead, in the classic movies). There's some startling hypocrisy here.

Remember, folks: Lucas sold the franchise to Disney. If Johnson is a gun-for-hire, he's only doing what his boss pays him to do. It's no different with Richard Marquand; do people really think it was his idea to put Ewoks in Return of the Jedi (1983)? Maybe Disney gave Johnson more room to work, but if that's the case, then shouldn't the blame still fall on the person signing the check? Last I checked, they were happy with his work, and in their eyes, it's a job well done for Johnson.

Equally bizarre but unsurprising is how many fans project their frustrations onto Johnson, stemming from other projects he, himself, never worked on, mainly Solo: A Star Wars Story (2018). He's become something of a scapegoat, all of a sudden. Many dissidents appear to be overlooking the real, direct causes for their ire, and their being mad at Johnson's faithful treatment of Luke is simply a case of the proverbial straw that broke the camel's back. Unfortunately for the camel, its back has broke more than once, including by Lucas, who isn't exactly camel-friendly. 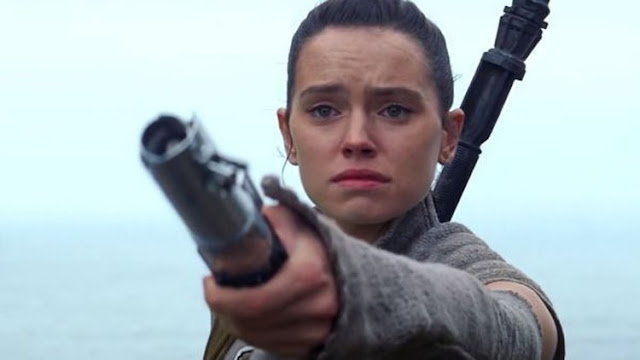 Yet, even if an angry mob sliced off Johnson's head and mounted it on a pike, someone else would come along and incite their rage down the road (as ironically illustrated by Abrams and Johnson taking the reigns following Lucas selling Star Wars, to begin with); with a franchise as diverse, long-lasting and grounded as Star Wars, you're not going to please everyone. Even if you try to appeal to fans of a certain version of the series—as Johnson did by pulling it out from under the rug of Lucas' more recent incarnations—you could wind up alienating or antagonizing all parties involved. His arguably unjust vilifying illustrates how impossible it is to work with a popular franchise and walk away unscathed.

This is largely thanks to Lucas orchestrating the belief that there's only one version of events that is acceptable. Otherwise, the theatrical versions would still be in print. I always imagined that Randal, in Clerks 2 (2006) was meant to be something of a spoof, when he said "There's only one Return, and it's not of the King, it's of the Jedi!" Except now that level of nerdy angst has turned in on itself, within the franchise. This might seem bad from a money-making standpoint, but from a storytelling angle anything is possible: Luke, Leia, Han, and Vader are dead; it's in the hands of Ray and Kylo, now. I like this, because I don't know what to expect, for a change.

As a fan of the original films, I try to give credit where credit is due, though. Even if Johnson takes risks, is he really so blind to what made the original films so enchanting that he can't recapture some of that enchantment, in his own work? They're fantastic stories of adventure and good-versus evil told through the Hero's Quest, which use music and special effects to affect us, as the action and drama unfold onscreen. In this sense, is Johnson entirely successful? No, but neither was Lucas. As much as I love the original movies, they're hardly perfect, say nothing of the prequels. Time looks favorably on them, and they've have the luxury (or the detriment) of myriad editions and remasters, spanning decades. Also, they were made in a time before the internet and social media, whose users can be quick to judge and quick to forget.

I find myself thinking of a latter-day Ridley Scott. Certainly Prometheus (2012) was attacked by many for failing to recapture the magic of Scott's first entry in a popular, long-standing franchise. With his return, in 2012, the old man stuck to his guns, refusing to change Prometheus at all (a shame, since his director's cuts are generally stellar). Eventually feelings towards Prometheus have changed, just as they did for Alien 3 (1993), Conan the Destroyer (1984) and the Star Wars prequels. To quote Susan Sontag's "Notes on Camp" (1964), "things are campy, not when they become old - but when we become less involved in them, and can enjoy, instead of be frustrated by, the failure of the attempt."

The point is, angry fans can compare new works they hate to older works they also hate. It's poor criticism, though; people can look fondly on just about anything once reviled, and enjoy it in some shape or form. Even truly awful works can net themselves a strange base of fans who praise them as being special. One need only look upon glorious cinematic failures like The Room (2003) or Samurai Cop (1991) to understand why that is (they're awesome works of art, of course). Or, for a stranger example still, consider Birth of a Nation (1915). In spite of its deplorable political content, it's critically celebrated. 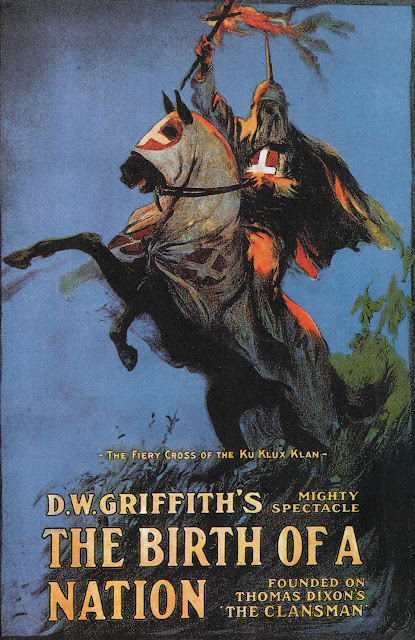 Let this sink in, a moment: a cinematic relic with an utterly toxic political agenda, which served as a "mighty spectacle" on par with Star Wars, sixty-two years later, is able to be viewed retrospectively as something that isn't acutely radioactive. The implications for this are variable. One is that such hindsight has allowed this "classic" to linger and continue to be studied, long after the racial sentiments that fueled its creation have retreated. Clearly the passage of time can rescue any movie from current opinions, which are fleeting.

A more likely explanation is that people simply forget, and initial impressions don't last. Thus, I can look on The Last Jedi and recognize it as an enjoyable film, despite whatever fans are saying about it, on the internet. It's not a perfect movie, but then again what movie is? I agree with some of the criticisms leveled at the film, to be sure; but I find many to be revisionist, petty and superfluous. I'll talk about those even more, next time, when I review the movie, itself. Stay tuned.