May 30, 2018
For this three-part piece, I wanted instead to address criticism towards The Last Jedi (2017)—chiefly the vitriolic, virulent sort that's arisen during its theatrical run, and following its home release. There will be spoilers concerning the movie itself, here, but largely I'll be discussing the franchise as a whole.

This is part two; read part one, here, and part three, here.

The tendency to celebrate George Lucas and rate the Star Wars prequels higher than The Last Jedi makes me want to question the persons making these calls. Obviously the fan base isn't homogeneous. It spans four decades, and casual fans aren't going to be aware of the long history of revision the series has experienced, at the hands of George Lucas. They'll likely own the latest editions of the movies and simply take these at face value. This is going to be, in and of itself, a highly-divisive point of contention amongst older and younger fans. Some will remember, and others will not; it's that simple, and not even their fault, but all part of the plan. Remember "Han/Greedo shot first?" People debated this to death, and for all intents and purposes it seemed to drive sales. Nowadays I wonder if these debates would even make sense to someone who might accidentally mistake a VHS player for a front-loading toaster.


In any case, no matter how much people pissed and moaned, they continued to go and see these movies. This rings true for The Last Jedi. You can bash the movie all you want, but it, and other post-Lucas works have all done arguably well for themselves. The exception seems to be Solo: A Star Wars Story (2018) which is struggling to perform. Perhaps this isn't really a shock, given its nasty case of directorial hot potato—one that rivals The Wizard of Oz (1939). Am I saying that Solo approaches levels of classic on par with this older gem? No, but at the very least, multiple directors and production woes make for a marketing headache, in either case. 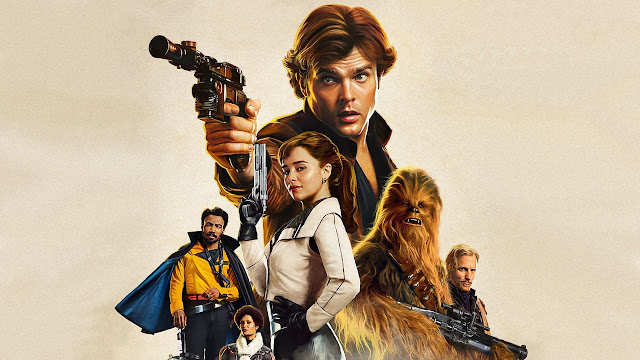 What's annoying to me is that fans take Solo's poor numbers and project them retrospectively onto The Last Jedi. In other words, "Behold, proof that the new leadership has jumped the shark!" I won't debate the fact that the sudden shift in tone and material is due to a changing of the guard—it is. This isn't something to lament, though; fresh talent and leadership is often helpful (as indicated by people-until-recently declaring Lucas' prequels to be stagnant precisely from lacking these essential ingredients).

As much as as I dislike some of the content featured in The Last Jedi, I actually enjoyed the movie a great deal, overall, and much for the same reason I liked Rogue One (2015): they felt like Star Wars movies. One reason is they were well-made, from a production standpoint (as the series generally has revolved around craft, in some shape or form). Two, there was a sense of getting what you'd expect: space opera, namely explosions, princesses and black knights, and other recycled fantasy tropes placed in a science fiction setting.

So, yes, there are key themes that range the entire 41-year franchise. At the same time, people fail to realize there's plenty of wiggle room to tell a Star Wars story using these themes with different textual elements (content, political ideas, sexual identities, etc). It's not simply a rehash, and to be honest, never really has been. Each movie from the original trilogy is radically different in tone and feel, and the prequels are radically different in and tone and feel from those—and they were all made or approved by Lucas! Forget canon; it's how it all comes together to deliver a Star Wars experience that counts. This is largely why Yoda, in The Last Jedi, scorched the Jedi texts with a lightning bolt; Luke cared about the books too much to see the value in an ever-changing experience.

In spite of Lucas' attempts to create a cohesive and unified universe, he's repeatedly reinvented and revised his own, behind the curtains. Such tricks might work on younger fans, but I remember the older movies. I've seen things change and mutate for decades, concerning what Star Wars has become known as, in the present. Yes, there are constants, but these are largely thematic: the Force, good versus evil, post-colonial struggles in space; love stories and tales of adventure. Call me optimistic but I think it's entirely possible to change surface details concerning a character's sexual orientation, politics or gender and still be able to spin a good Star Wars yarn, relating to the themes listed above. 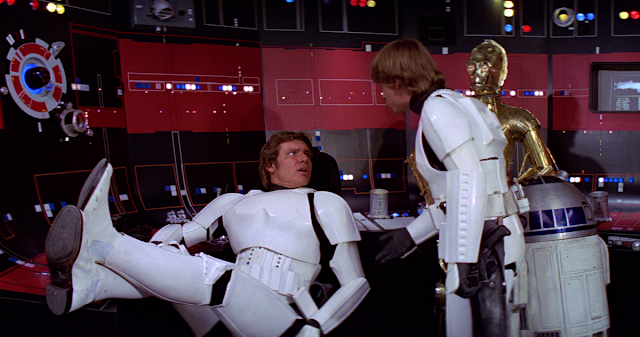 In other words, the friction The Last Jedi generates with angry fans largely stems from superficial details. Based on what I've seen, one can change the Force by introducing midichlorians, as Lucas did; but tweaking with politics, sexuality and gender? These are strangely off-limits, according to die-hard fans (the fandom is so gargantuan that it's difficult to know who one is addressing when saying "the fans"). In regards to the fantasy world Lucas made, there's something oddly limited and conservative about this approach. Limits aside, it's largely what many fans nowadays seem to identify as an authentic Star Wars experience, when bashing The Last Jedi.

All this being said, I'd happily wager the following: that what is more alien to many fans than the green women in Jabba's palace is the thought of a punk Luke Skywalker—with rainbow-colored hair, a sexually-ambiguous persona, and an anti-establishment attitude. People want a hero they can relate to, as a person. But what if you feel isolated, like Skywalker did, but can't otherwise relate to him, because your isolation stems from something other than merely your setting? Wouldn't Luke, as he was, seem... inadequate, somehow? That's not how I feel about him, but I can understand some people wanting something a little different. So when we learn that, instead of being the daughter of a promising sith lord and queen, Ray was apparently traded by her unscrupulous, basic parents into bondage—I appreciated the irony in her fruitless quest at hoping they were better than that. I also liked that we had a woman embarking on the Heroic Quest (essentially the Judith, or sister to Shakespeare, that Virginia Woolf wrote about); and although I'm not sure which team Ray plays for at the present, it gladdens me that she hasn't fallen for Finn or Kylo. I can appreciate someone who doesn't fall in love at first sight. Will she, ever? Sometimes a little mystery can be a good thing.

For die-hard fans who rate the prequels higher than The Last Jedi, it would seem as long as you stick to farm boys and princesses, narrative missteps are easier to forgive. But transgressive attitudes that cross certain lines? These feel utterly foreign to, or unexplored in, the Star Wars cinematic universe (despite it exploring ideas of incest, in its most classic entries). In spite of all the proclamations of coming from "a galaxy far, far away" Star Wars is fairly grounded. One could argue that it needs to be to appease the more vocal, angry fans who can't think beyond their version of the ideal Star Wars protagonist.

To be absolutely clear, many angry fans have valid concerns, and if a particular character or some detail about them bogs down the narrative, that's bad. It should be addressed. Take Finn and Rose's detour, at the casino; I'm not exactly a fan of Ayn Rand, but the whole sequence with the runaway space kangaroos felt visually lazy and cheap. Likewise,  Rose rescuing Finn during the desert battle absolutely killed the emotional momentum Finn generated in flying to his death. To be blunt, Rose as the script dictated her shouldn't have been in the film, at all—not because she's a woman, but because everything about her was shoe-horned into the narrative in ways that don't fit. If they could have worked her in less obtrusively then I wouldn't have cared; I would have welcomed her point of view. However, those critics who frame their complaints entirely on cosmetic details also need to relax—especially if they overlook some of the more egregious changes Lucas made, himself. 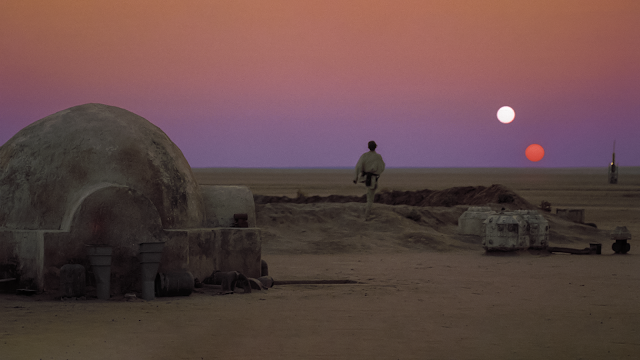 Let's not forget that until The Last Jedi came along the prequels were generally regarded as the series' nadir. To be honest, I think they still are; even if Rose is horribly annoying and pointless, she still doesn't top Jar Jar Binks. Even if she did, shouldn't Disney get a pass, like Lucas did? He basically got rid of Jar Jar in Attack of the Clones (2002). Maybe the writing for Rose will improve, the second time around. Don't say any of this to the more outspoken critics of the franchise at present, though. According to naysayers of The Last Jedi, even those movies didn't break the cardinal rules Rian Johnson apparently has. For them, Lucas, despite his incessant floundering, still knew what Star Wars is—understood that special thing about it that would keep the hardcore fan base coming back, no matter what. What would you call it, a... force? Is that why he gets a pass with Jar Jar and Johnson doesn't, with Rose?