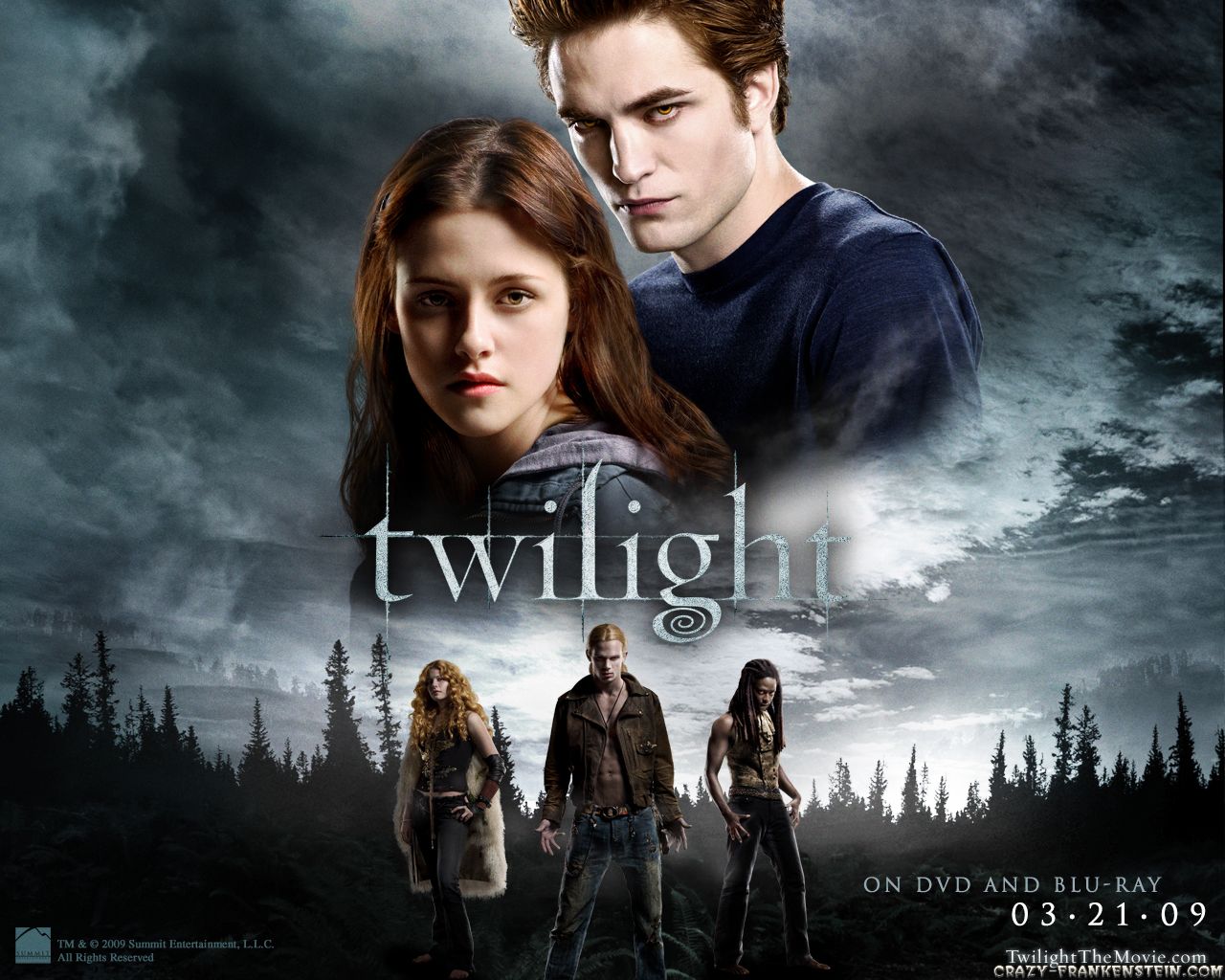 This is part one of a three-part review of Catherine Hardwicke's Twilight (2008). It shall focus mostly on the books that predated the film; part two shall engage more directly in critiquing Meyer as an author, and part three, the movie, itself.

I know what you're thinking: what the hell am I doing, watching this film? Point-in-fact, it was my homework, and I'd be lying if I said I hadn't approached this particular "assignment" with a fair amount of dread. Mandated viewings of Twilight should be listed under "cruel and unusual" punishment... right? I didn't get much of what I usually want from B-movies (violence, profanity and sex). At the same time, it wasn't that bad—in the sense that I wanted to stab my eyes out. Here, I didn't. That being said, I won't be watching it again anytime soon.

I'll be frank: Twilight isn't great cinema. It's effectively a movie for young adults, much in the same fashion as books written by R. L. Stine or Christopher Pike were, back when I was a kid. Those weren't great literature, by any stretch (and I loved them). They also weren't full-blown adult entertainment, but contained elements of the "coming-of-age" story explored more transparently by the likes of Steven King's novel, It (1986), or novella, "The Body" (1982), amongst others.

For example, King's novella was adapted into a movie, by Rob Reiner, called Stand By Me (1987). It starred Cory Feldman, who as it just so happens, also starred in Joel Schumacher's The Lost Boys (1987) and Richard Donner's The Goonies (1985). While Stand By Me was R-rated, the others began to lean in a more kid-friendly direction. You still had monsters and bad guys, of course. However, much of the sex, swearing and violence were gone; or watered-down as to be deemed suitable for a younger audience whose parents were starting to admit their children as actually in to such things. Meanwhile, they were probably checking Steven King out from the library at the same time their parents bought them Goosebumps—I certainly did.

Watching Twilight, I was reminded of Stine's books for kids. However, it's worth noting that Stine, himself, also wrote edgier novels like Beach Party (1990) for older teenagers. As an adult, these old book covers remind me of the kind of schlock routinely found on VHS rental store display boxes: pictures of co-eds whose severed heads were sawn off by a Bowie knife and held up by the killers for me to see; letters writ in blood; zombies, the undead, etc. Everything really had its own look, be it King's work; or Stine's, on the opposite end of the spectrum. And it worked; their respective novels sold like hotcakes and each man is now a millionaire many times over. 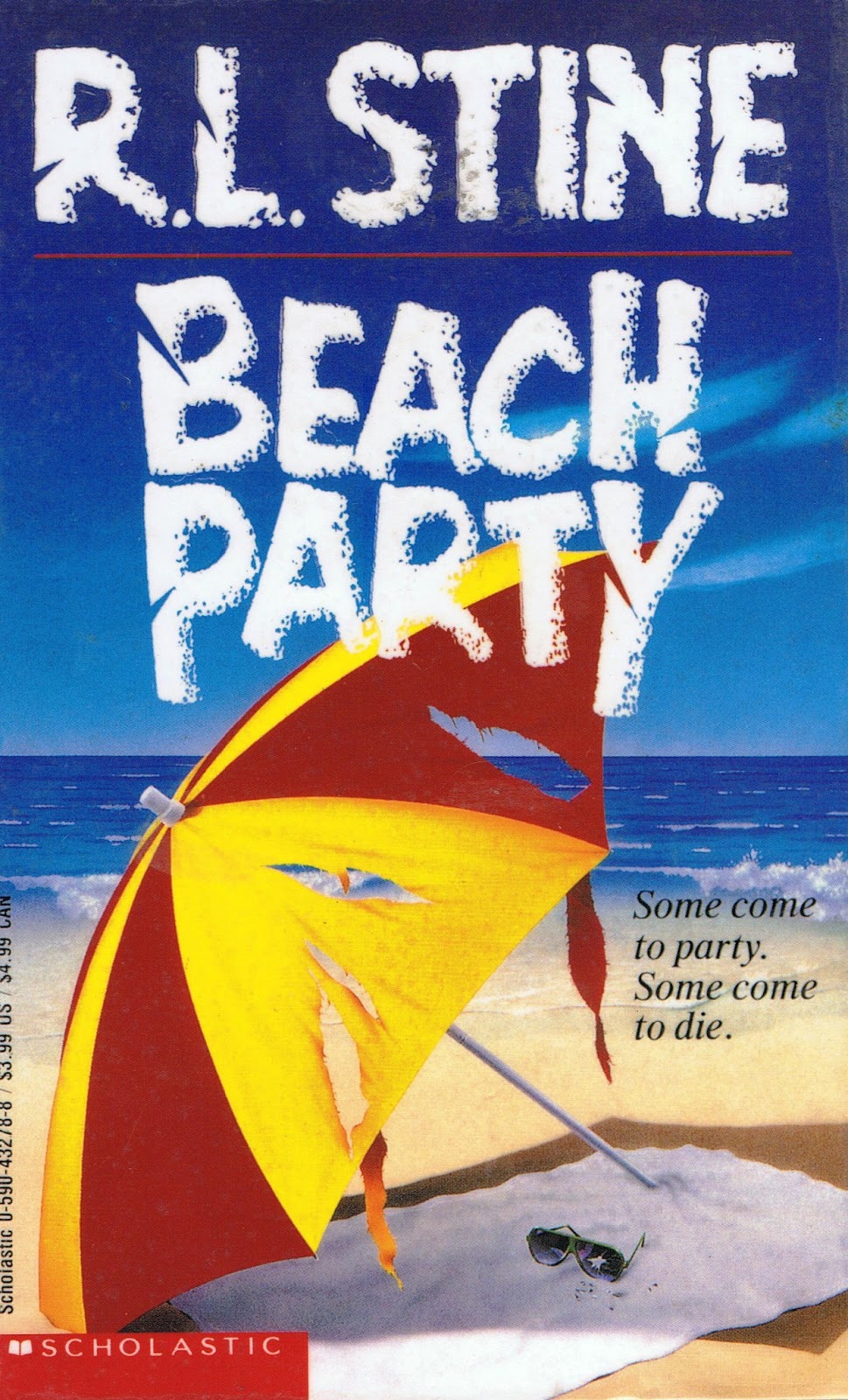 Twilight (2005) the book was written for twelve-year old girls and falls roughly on the same part of the spectrum as Stine's "safer" work, albeit from a totally different perspective. It was written a good fifteen years after Stine made his fortune, meaning the earlier, sensationalist marketing approach is gone. Instead, it's more of a love story (a bad one). I think this is because the publishers were operating under the assumption that boys from its target age wouldn't be interested in girls as much as Bella was her Edward. Granted, I'm not sure how things are nowadays but when I was twelve, girls had cooties and thus, were perpetual sources of shock and awe: tall, scary and mutating at an alarming rate, much like Giger's alien. Indeed, my adolescent self looked at them in pure dismay. Each had seemed equal to me in shape and size, the summer before; now I had no idea what they were turning into.

Twilight the movie is essentially the book. At the same time, it's far easier to digest (for better or worse) because it's more well-made (this doesn't require much). Like the novel, the movie explores themes of change and sex in an admittedly sterile fashion (somehow netting itself a PG-13 rating, in the process). Still, it exists in a medium meant for the curious, potentially leading them towards less sanitary roads. With vampires, sex is associated with the drinking of blood—an activity that is, in and of itself, frowned upon for health and societal reasons. In a puritanical country like North America, the two activities are synonymous in terms of overall reprehensibility.

Alas, in my day one would read both King and Stine; with the Twilight novels, I have to wonder if young adult readers continue the bolder trend of sampling YA and adult-oriented fare, in tandem; or if they view Meyer's work as the end-all, be-all of "great literature." I loved Stine, for what he was, and King, but "There are more things in heaven and earth, [...] / Than are dreamt of in [their] philosophy." They're popular, not exemplary.

In part two of this review, I shall consider the influence of Meyer's novels; in part three, I shall look at the movie, itself.
***
About me: My name is Nick van der Waard and I'm a Gothic ludologist. I primarily write reviews, Gothic analyses, and interviews. Because my main body of work is relatively vast, I've compiled it into a single compendium where I not only list my favorite works, I also summarize them. Check it out, here!
I'm an artist and a writer. If you're interested my work and are curious about illustrated or written commissions, please refer to my website for more information. If you want to contact me about a guest article, please use this contact form or reach out to me on Discord (vanderWaardart#5394)!