February 25, 2018
I wanted to relay my thoughts on the award hype surrounding Guillermo del Toro's The Shape of Water (2017) , and what value said hype could possibly have, in and of itself. Part one discussed the state of movies, before and after the Oscars materialized, and the struggle movies today face when getting made, versus years ago. Part two discussed Academy constraints and favoritism. Part three shall now attempt to explain why the Oscars still matter and what a big win possibly means for del Toro, if anything.

As I wrote in part two, Oscar publicity is the so-called cherry on the cake (or, one of the cakes: the theatrical version). So why does this cherry matter? I'd say it's because the cherry represents "the best"; even if someone is not, calling them so causes people to think of them as such. Think, the Cowardly Lion, in The Wizard of Oz (1939): he isn't brave, but with a nice, big medal, people will perceive him as courageous, anyways. However, even when true, being the best, in highly competitive environments, generally constitutes very small differences. But the cherry deals with this, too, by simplifying things into a dichotomy of one as the best versus not. Truth doesn't matter. Neither do facts.

What matters, here, is the perception the cherry provides—the publicity, in other words. More acclaim means more attention, and lots of attention, if we're to believe Oscar Wilde, is always better than none whatsoever. It's about getting noticed, and furthermore, talked about. This being said, attention isn't always lucrative. Nor are critics one-note. Indeed, they can praise the capitally-vacant, and excoriate the blockbuster. Likewise, a filmmaker's aim is equally variable. It can be to get noticed in order to rake in fat stacks of cash, or vice versa; or, accomplish one or both of these for critical acclaim, and so on.

The greatest films don't always check all these boxes. Alien (1979) did well, at the box office, but was hardly met with universal acclaim, upon its release. Michael Powell's Peeping Tom (1960) bombed, ruining Powell's career, and yet is now considered a great classic alongside its Venus twin: Alfred Hitchcock's Psycho (1960). Likewise, del Toro's own crown jewel, Pan's Labyrinth (2006), did well with critics; it also turned a profit, but a very meager one compared to any other blockbuster, then, or now. 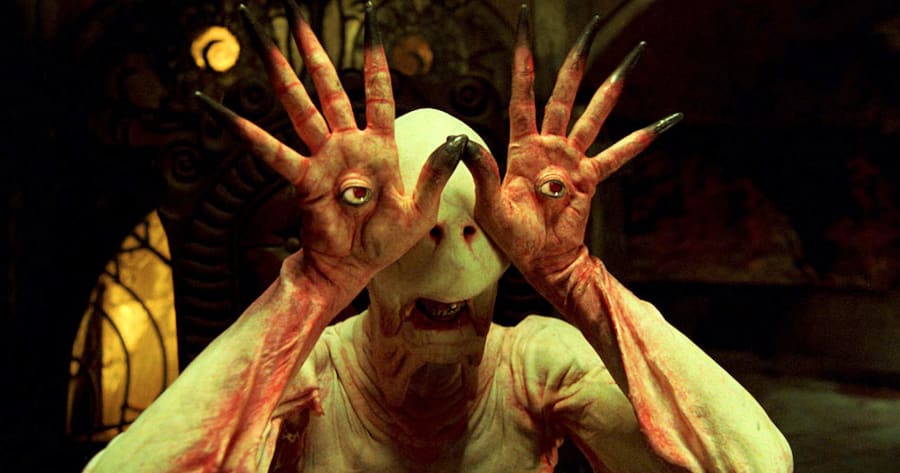 Widespread success has generally eluded del Toro. The tricky thing about him is that he generally works with R-rated material, which, in general, always earns less—sometimes with awards, though almost always with money. Case in point, The Shape of Water is R-rated; it has been out, going on two months, and yet according to BoxOfficeMojo, has earned a world-wide gross of approximately $95 million. Thirty years ago, that'd be something to write home about. Nowadays, it's practically nothing. Meanwhile, Jake Kasdan's Jumanji: Welcome to the Jungle (2017) has been out, relatively the same number of days, and has made nearly ten times that (roughly $909 million). Likewise, Ryan Coogler's Black Panther (2018) earned over double The Shape of Water's total gross during its opening weekend, alone! Both are PG-13. So were Titanic (1997) and Avatar (2009).

Then again, del Toro is used to working cheap. Furthermore, he produced this picture himself, personally handling its tiny budget of $19.5 million. To give you some idea of how small this amount really is, Aliens' budget was virtually the same ($18.5 million) in 1986(!). Apart from turning a profit,  though, it seems that with the Academy Awards being so near, del Toro's finally on the verge of slaying his white whale. The odds that he could be snubbed are high, of course. Then again, Jackson's Return of the King (2003) won all but one of its twelve nominations, while up to that point, no fantasy film had ever won Best Picture, let alone ten other statues to go along with it. So perhaps del Toro's odds aren't as low as Jackson's were, fifteen years ago (maybe he'll beat Cameron while he's at it).

Of course, Titanic's own eleven statues proves that the Academy loves a good romance just as much as the general audience. Make no mistake, The Shape of Water is a good romance, but isn't generating ticket sales the same way Titanic did, nor Avatar (2009). With those movies, Cameron proved that a filmmaker of "lesser" genres could not only rise to become one of the most award-laden and financially successful directors of all time, but that he could replicate the same impossible results.

Peter Jackson essentially did the same, being an obscure splatter-house director who gradually nudged his way into more critically-sound territory with movies like Heavenly Creatures (1994) before swinging for the fences with Lord of the Rings. Now it would seem to be del Toro's turn, except his track record isn't quite as sterling or monumental as theirs. Granted, Cameron's "most successful" output is generally uninspired, outside of the raw technological muscle; and Jackson's Hobbit  project was needlessly ballooned into a trilogy to make as much money as possible. In other words, both men are known for being massive sell-outs, willing to work within the constraints of a PG-13 rating to make their billions. Good for them, I suppose.

All in all, del Toro feels like something of an underdog. It would be nice to see him "win," but, then again, if the fights are "fixed," the exhilaration starts to feel hollow or consolatory. The money changing hands is superlative, but the effect it purchases feels cheap. Ironically many producers have little to do with the actual making of a movie, beyond writing the check, and yet when it comes to celebrating a movie, they're the ones who take most of the credit (the Best Picture Academy Award goes to the producers). del Toro just so happens to be producer for The Shape of Water. No one works harder than him, and if he can use his victory to his advantage, I say more power to him.

I just hope he doesn't let this success go to his head. If he does, I won't hold it against him; but I'd love it for him to continue working in the R-rating mode. The Academy Awards are what they are. So, too, is del Toro. I wonder if a figurative marriage between them might yield worthwhile offspring. Maybe his long-delayed, R-rated At the Mountains of Madness project will finally materialize... Fingers crossed.
***
About me: My name is Nick van der Waard and I'm a Gothic ludologist. I primarily write reviews, Gothic analyses, and interviews. Because my main body of work is relatively vast, I've compiled it into a single compendium where I not only list my favorite works, I also summarize them. Check it out, here!
I'm an artist and a writer. If you're interested my work and are curious about illustrated or written commissions, please refer to my website for more information. If you want to contact me about a guest article, please use this contact form or reach out to me on Discord (vanderWaardart#5394)!