February 12, 2018
Right now, I'm in the middle of watching the excellent (so far) Netflix original miniseries, Damnation (2017). I'll review the entire show when I've finished watching it. Right now, I'm about halfway through, and wanted to write an article about Logan Marshall-Green, who stars in it―and on smaller character actors, in general.

Everyone in Tony Tost's Damnation is reliable. For example, Christopher Heyerdahl delivers a similar level of alien tallness and wide-eyed intensity as seen in Hell on Wheels (2011). And although I'm not familiar with Melinda Page Hamilton, her frigid role as the psychotic government agent, Connie Nunn, is also good fun. Indeed, it was hypnotic and strangely addictive to watch her saunter in sing-song fashion through the hilltops, before calmly assembling a rifle and using it to kickstart a riot by shooting at both sides during a Mexican standoff. The whole eerie debacle contained echoes of the chilly female assassin, Mathilde, played by Thekla Reuten in Anton Corbijn's The American (2010).

Here, though, I wanted to focus on Logan Marshall-Green, and small actors like him who, at times can feel rather one-note. The reason is, he's great in the show and I'm glad; it's been so long since I've seen him do well in anything good―mainly Prometheus (2012) and The Invitation (2015). To be fair, he performed solidly in James Franco's As I Lay Dying (2013) but the movie itself was lackluster, desultory.

Between the two arguably-decent movies Green's starred in, the only one he really owns is The Invitation; I couldn't imagine that movie without him, anymore than I could Prometheus without Michael Fassbender (who, in the performance of a lifetime, positively outshined everyone, including Green). Alas, unlike Fassbender, Green's the kind of actor who seldom lands larger roles; and the few he has never allowed him make it big. Green is effectively small-time―less like Fassbender and more like Sam Worthington, in that regard. Worthington, too, essentially landed a huge role with Avatar (2009) that, when performed, promised little in the ways of actual talent―the sort he'd demonstrate, in future roles: David Ayer's Sabotage (2014) and Discovery's Manhunt: Unabomber (2017); and also, oddly enough, McG's Terminator: Salvation (2009).

Even though I enjoy all the Terminator movies to varying degrees, I'm well aware that Salvation wasn't great film. However, Worthington, in it, still managed to outperform Christian Bale, while giving a very flat performance in Avatar―odd, since normally Bale is a fine actor, and Cameron a solid director. Alas, Bale clearly didn't work well with McG; Worthington did, spreading his wings in Cameron's terminator franchise not only during its progenitor's absence, but also the amid the series' arguable nadir (my opinion: Alan Taylor's hit-or-miss Terminator Genisys [2015] might have a stupid name [and an aversion to colons] but is, pound-for-pound, fairly decent by comparison).

To that, Worthington reminds me a little of Michael Biehn, though nowhere near as cool: James Cameron made him famous, but that fame didn't exactly translate to a prolific career. Biehn, like Worthington, has also devoted many latter-day performances towards providing quality performances in odd places: Robert Rodriguez' Planet Terror (2007) and Ubisoft's Far Cry 3: Blood Dragon (2013). As Sheriff Hague or Rex Colt, he's, every once and awhile, still showing us "how cyber commandos get it done." With him and Worthington, I can respect actors who continue to work where they can find it.

The same goes for Green, even if he seems doomed to be eclipsed by everyone around him. He's probably the least active of the whole bunch; for an actor whose been in the business since 2004, he's done a grand total of seventeen films―a little over one a year on average. That's barely half of Fassbender's output. Furthermore, Green's netted himself virtually no starring roles except, again, The Invitation, which I loved; it was basically Adam Windgard's You're Next (2011): a dinner reunion with old, better-left-alone guests―except this time, it was a cult leader and his cronies rather than one's in-laws (some would argue there isn't much of a difference between those two categories).

In any case, Green's ability to channel brooding angst through intermittent, reluctant charm works very well, in what is basically his one-and-only starring role. It's not the kind of role you see a lot, nowadays: the rugged, vulnerable, burnout hero. Some actors do it more than once. For example, Clive Owen did it for Alfonso Cuarón's Children of Men (2006) and Tom Tykwer's The International (2009). Green doesn't seem too interesting to trying anything else, by the looks of things. Not that I mind; I love character actors. And who knows? Given another couple decades, he might have a once-in-a-lifetime character performance in him, akin to Hugh Keays-Byrne's stellar Immortan Joe, in Mad Max: Fury Road (2015). Or at least another on par with The Invitation. One can hope. 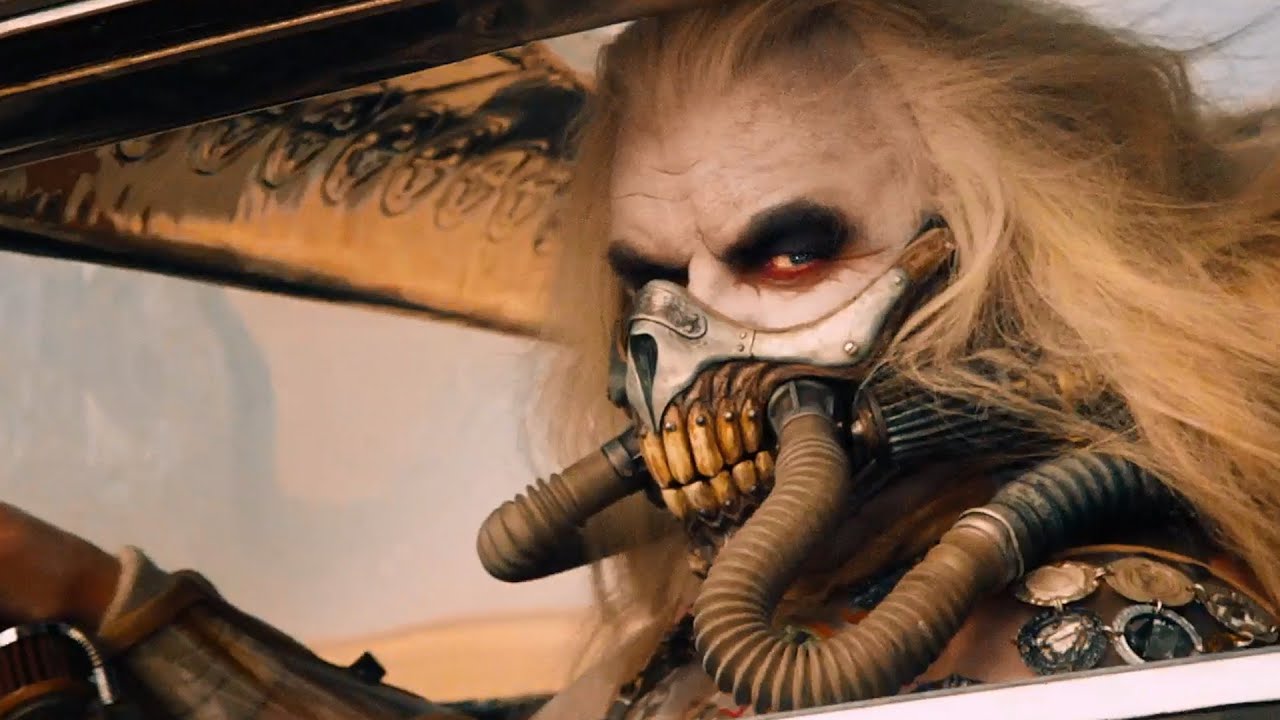 Apart from movies, Green's career is half that number in TV shows and miniseries. However, I didn't realize he worked the small screen until I sat down to watch Damnation. Watching the killer spring from the wagon and put a bullet between the farmer's eyes, I did a double-take when I saw Green's face. Here, he's complex, tortured―precisely the sort of trick he excels at. Watching him do his thing is like watching seasoned character actors like Gene Hackman or Lance Henriksen do what they do best. Then again, Hackman's retired, and as much as I love Henriksen, he seems consigned to odd jobs few-and-far between, either revisiting the Alien universe as Charles and Karl Weyland, or effectively being brought out of retirement to star in Alec Gillis' Harbinger Down (2015)―a movie that wasn't that great, even by B-movie standards (even though I hoped it would be).

Unlike them, Green is still pretty young. Seeing him as an assassin is the kind of magnetic side role almost exclusive to the small screen―the sort that doesn't pay nearly as well as Robert Downey Jr. making a killing in whatever Iron Man  film Disney has lined up. But I like the variety of diamonds in rough places; it keeps things fresh. Not everyone can be a star. Yet, I appreciate smaller roles from smaller actors, all the same.
***