October 25, 2019
For October, I'm doing weekly write-ups on  The Dark Crystal: Age of Resistance (2019). This week, I wanted to explore the show's portrayal of three separate facets: sexuality, women, and queer representation. Spoilers! 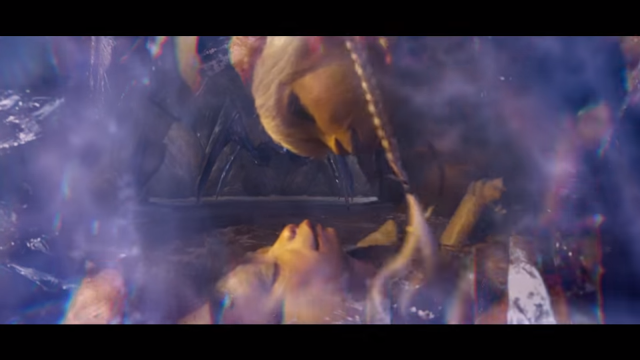 Unlike violence, sex in AoR is merely implied—largely through the presence of different Gelfling family groups. Curiously, Rian's mother is out of the picture; Brea's father is never mentioned; and Deet has two fathers, but no mother. All the same, Rian and Mira were an item, kissing much like any couple. Sex is certainly present, but only for a moment, and nowhere near to the same pointed degree as the violence and gore.

I've always found that curious—what's forbidden and what's allowed, and how sex is generally taboo when violence is not. And some pretty awful violence occurs in AoR, make no mistake about that. In terms of sex, the raciest bit is an off-screen kiss between Rian and Mira. Their conversation leading up to it is loaded with innuendo: "I want to dreamfast! I remember everything about that night; I was so nervous!" Under normal circumstances, dreamfasting isn’t sexual at all. However, given the nature of the speakers and their dream, their conversation seems pretty coded, sexually.

The kiss itself is never shown; instead it occurs inside a dream, where the camera pulls away at the last second. I didn't think about it, at the time, but now I wonder why a Gelfling couple would bother dreamfasting a kiss, instead of engaging with each other in the present space and time. I presume the dream brings with it all the emotions the remembered kiss produced; I also think it's an invention by the puppeteers to avoid the arduous and awkward task of trying to make two Gelfling puppets smooch. 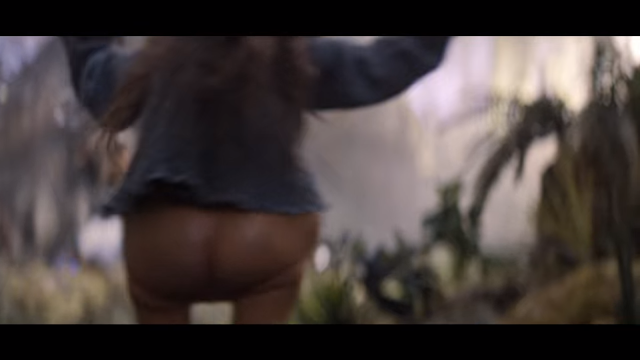 The closest the show comes to nudity is a podling butt shot during the Order of Lesser Service.  I find this particular image to be safe, relatively inoffensive compared to full-frontal, which is often seen as silly or gratuitous. There's none of that here, and definitely nothing in the ways of female nudity, butts or otherwise. Nudity being necessary isn't the point. It's simply strange how little there is in a show that loves crossing boundaries. When it does, it chooses violence over sex, every time.

Curiously, the withered bodies of the Skeksis are much more liberally displayed, particularly that of the Scroll-Keeper and the Gourmand. Both have scenes that imply their genitals, the camera almost craning in for a closer look. This kind of peepshow is tolerated, if only because the Skeksis' bodies are so hideous; they become something to gawk at, their bodies shrunken, twisted and bloated by age.

Genitals or not, these bodies can't reproduce, the Skeksis reign lasting only so long as their ability to cheat death permits. The Gelfling lead shorter lives, but can outlast their patriarchal overlords by having children, who go on to have more children, and so on. While this strategy exhibits an underhanded power, there's more to it than simple reproduction. Women in particular demonstrate their capabilities in other ways.

In the show, Gelfling women are quite powerful—being physically able to fly as well as hold the highest positions in every clan: Maudra and All-Maudra. These abilities and positions are denied to male Gelfling. I have to wonder if these rules were in place before the Skeksis arrived. Then again, Gelfling history seems to stop at the Skeksis' arrival; anything before that is forgotten, or erased. 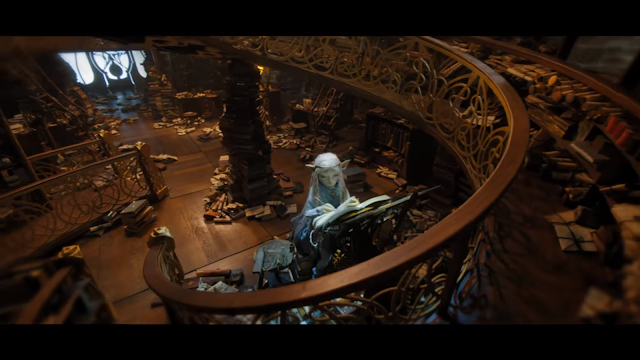 If there are princes, AoR makes no mention of them. This means any luxury a princess has is exclusive. Brea, for example, has more at her disposal than access to her mother's libraries; she also has her mother's ear—a tremendous opportunity. She has privileges no male Gelfing can boast. By comparison, most of the male Gelfling seen in the show are either soldiers, farmers or guards (excluding the nomadic Dousan, who are forbidden to serve at the castle).

Male Gelfling complain often and loudly about not having wings: "You cheated!" Rian complains, to which Mira cheerfully replies, "And you're a fat-footed Nebrie!" It's a world where women not only have a political advantage, but a physical one, too. Mira beats Rian during the race, but also takes charge when they kiss (note his closed eyes versus her open ones). In combat, male soldiers fight on the ground, with swords and spears; female soldiers take to the skies, raining hell from on high. To do so, the men literally offer the women their backs, serving as makeshift launch pads.

This isn't to say that all Gelfling women in the show are warriors of great renown. All the same, many are. Princess Tarva is a paladin, and Gurgin's sister, Princess Naia, is equally plucky. Not only are both women in line for their respective families' thrones; this matrilineal descent is illustrated by daughters raised to fight, armed with more opportunities than their male counterparts. 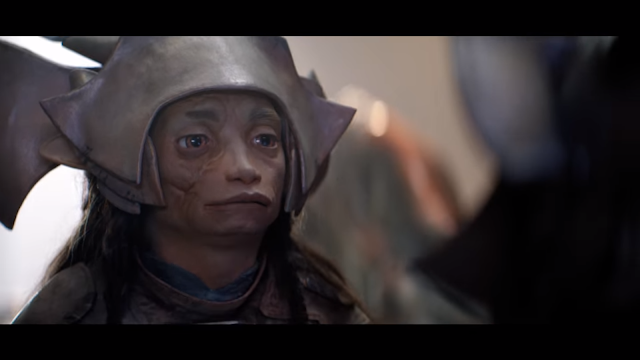 By comparison, Rian is the son of a captain, but bears no royal rank. Gurjin, though he be Naia's twin, is simply a castle guard, with no political responsibilities whatsoever. The only exception are the Sifa, with Elder Cadia demonstrating that Gelfling rulers can in fact be male. However, the Sifa are also decentralized, their clan somewhat mercenary—a fact demonstrated when Elder Onica assumes command after Princess Brea hoodwinks Cadia.

Deet is simply a Grottan, and not in line for any position of power. However, she's also chosen with protecting Thra by the Sanctuary Tree; his gift is so great (and terrible) that eventually it enables Deet to challenge the Emperor himself. Before this, she is more than capable, carrying Rian aloft on the Breath of Thra, and saving Hup by using her wings to scare off the male guards.

To be honest, queer characters are largely in the periphery in AoR. However, there is the Ornamentalist and Deet's two fathers. 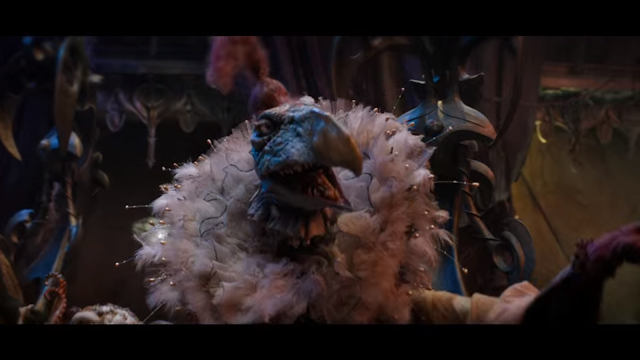 The Ornamentalist is a bit of a dandy. He uses up-speak; he swoons, flourishes, and wears extravagant clothing. He also enjoys wearing ostentatious makeup (and in a macabre twist, painting the bodies of the dead: "Death is my canvas!"). His eyelashes are incredibly long (and most likely fake); he sports a ponytail (also probably fake) and a giant silk ruff.

At first glance, the Skeksis appear to be an all-male race, incapable of sexual reproduction. According to the official wiki, however, the 1982 novelization of The Dark Crystal by A.C.H. Smith describes the Skeksis as sexless, allowing them to express themselves however they want, gender-wise. This applies to the Ornamentalist, who chooses to appear however he wants. To paraphrase Judith Butler, his gender—like everyone's—is entirely performative, becoming its own form of radical expression entirely separate from sex. He's still a monster, but an overly theatrical one.

It's important to note how Smith's emphasis of gender identity is never explored in The Dark Crystal. To a similar extent, J.M. Lee's 2018 novel Tides of the Dark Crystal features SkekSa, the first Skeksis to be identified with female pronouns: 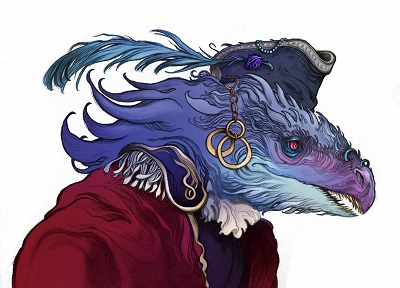 Lee borrowed this concept from Smith, whose novel was based on the script and production material from Henson's film. These ideas on gender only appear in books—a concept to keep in mind when discussing Deet's parents and Tavra in AoR.

Deet's parents are two male Grottan. However, their exact nature as a couple is never explained. They're simply Deet's two fathers. Their onscreen roles are quite small, the two of them having few spoken lines. Affection-wise, there's no kiss scene to rival Rian and Mira's, for example; they do hold hands briefly in episode nine, though: 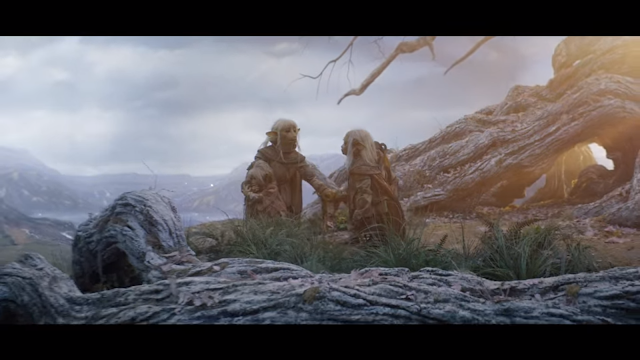 This is a clue to their orientation, but a small one. And it's over in about two seconds. You could say it's presented naturally, without any fanfare; in terms of representation, though, it's an afterthought.

Director Louis Leterrier is much more fixated on violence than sexuality so it's difficult to say anything with certainty—based on what the show gives us. For example, the wiki states that Elder Onica is Tavra's lover—in Lee's aforementioned novel; in the show itself, this relationship is never mentioned or explored to any capacity. Instead, Leterrier pulls a similar move to Henson, focusing on a platonic issue: the bonds of sisterhood between Brea, Tavra and Seladon. In that role, Tavra is simply a quiet paladin who listens to her squabbling sisters.
***
About me: My name is Nick van der Waard and I'm a Gothic ludologist. I primarily write reviews, Gothic analyses, and interviews. Because my main body of work is relatively vast, I've compiled it into a single compendium where I not only list my favorite works, I also summarize them. Check it out, here!
I'm an artist and a writer. If you're interested my work and are curious about illustrated or written commissions, please refer to my website for more information. If you want to contact me about a guest article, please use this contact form or reach out to me on Discord (vanderWaardart#5394)!