July 09, 2018
This is part two of a two-part article on how "horror," as an umbrella term, is generally quite vague and often misunderstood, as inspired by a Baertaffy livestream of  The Darkest Dungeon (2016) where Baertaffy says he used to hate horror movies and still doesn't really like them. Read part one, here.

Roger Ebert once complained that Halloween II  wasn't a horror movie at all. Instead, he called it a geek show (a type of shock tactic: biting the heads off of live chickens). 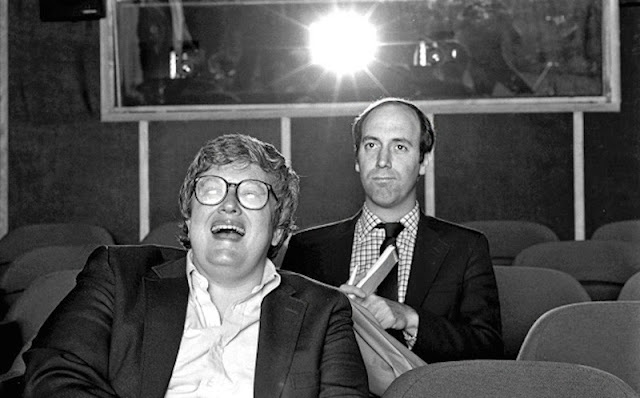 Here, Ebert is guilty of a certain myopic vision, himself; he knows horror more when he sees it, versus knowing what it is or isn't, ahead of time: "Mad Slasher Movies, they were called," he writes, "and they became a genre of their own, even inspiring a book of pseudo scholarship, Splatter Movies, by John McCarty. His definition of a Splatter Film is concise and disheartening, and bears quoting: '[They] aim not to scare their audiences, necessarily, nor to drive them to the edge of their seats in suspense, but to mortify them with scenes of explicit gore. In splatter movies, mutilation is indeed the message, many times the only one.'"

Certainly works like William Lindsay Gresham's Nightmare Alley (1946) and Katherine Dunn's Geek Love (1989) explore this particular horror style. However, the word horror has a more general usage, as well. When used by Gothic novelist Ann Radcliffe from the late 1700s, it is much different. She described it as follows:


"Terror and horror...are so far opposite, that the first expands the soul, and awakens the faculties to a high degree of life; the other contracts, freezes and nearly annihilates them...; and where lies the great difference between terror and horror, but in the uncertainty and obscurity, that accompany the first, respecting the dreaded evil?"

The basic idea is there are two devices: terror hides, and horror reveals. Both devices are used in what can be more generally called Gothic horror. It always collocates to horror, too, is never referred to as Gothic terror. Generally this name is shortened to just horror (again, not terror—no one calls what they watch terror movies, even though elements of terror are used, inside them). A more accurate term would simply be "Gothic," except Gothic is an imprecise, loaded term, in and of itself. 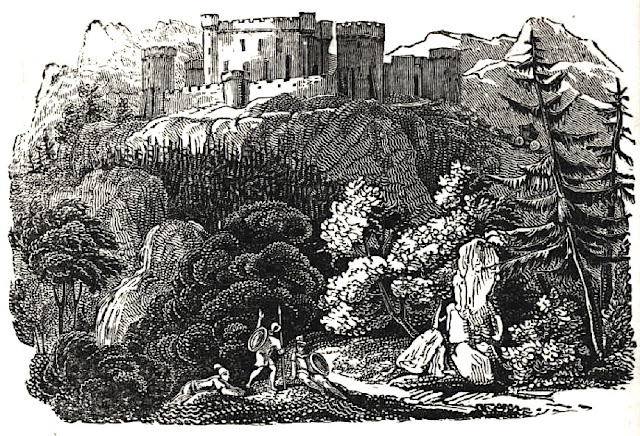 Regarding Gothic canon, particular works leap to mind that feature spooky castles, damsels in distress, or being buried alive. Yet, when people think of Gothic, they have a particular idea of what it is, even if they actually know very little about it. Just as Radcliffe relied on terror and castles, her contemporaries, Mathew Lewis and the Marquis de Sade, used horror to disgust or overwhelm their readers. Nowadays, many horror movies rely on Radcliffe's definitions of terror and horror, together. Sub-genres generally focus on one or the other, but both are still horror movies—just of a particular, narrow kind.

Horror is a common word, but it is just as loaded and vague as "Gothic." Certainly Ebert has used it before, and his use of the word pseudo scholarship harkens to a time when Gothic literary criticism would have been seem as backwater or wholly weird—not the study of great literature, but trash. This extends to the so-called geek shows Ebert turns his nose up at. Horror movies (the atmospheric kind Ebert is talking about, when he writes "horror movies") are basic affairs. They aren’t mysterious in the same sense as a mystery movie is, because you know (or think you know) what you’re dealing with. But, even when you do, the trick is making you second-guess yourself, or lose your footing. However, audiences of Gothic horror (and its sub-genres) are difficult to fool because of how self-referential and popular the mode is; we know all the tricks and gags, going in. The trick, then, is to make them work anyways.

Most horror movies can't strike the right balance between terror and horror to groom a proper affect (e.g., the ability to effect the audience) and generally are seen as "lesser" for this reason. At the same time, the fact remains that horror movies can have a very singular aim that wants nothing to do with affect. Many aim to gross one out, and are less concerned with atmosphere and more interested in being tongue-in-cheek (or downright repugnant); but when given the same name as a classic movie that thrived on Gothic affect, people who don't know the difference will associate latter works as not being like the original (the word "Gothic," in the Renaissance, equated to medieval, or the Dark Ages; in the Enlightenment, it became known as savage, from not being like Greece or Rome, which themselves were often conflated by Enlightenment thinkers as the pinnacle of civilization). Halloween II, itself, becomes loaded by the original entry in the franchise; the affect of the original cannot be reproduced by the sequel, which bears its name. 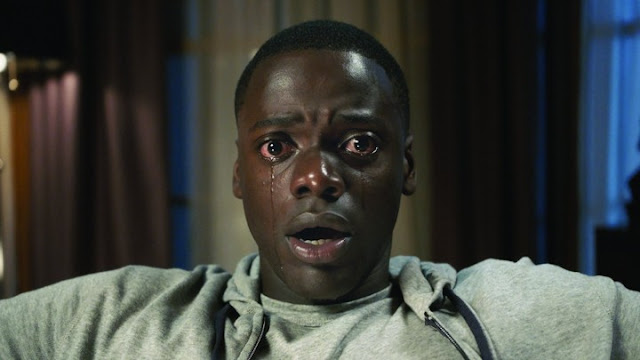 The blade can cut both ways, however. If one is introduced to a sequel of the original, first, and hears the sequel referred to as horror, they might very well describe it as "horror" more generally and declare the original as not being horror at all. What's important to be aware of is how horror movies, regardless of their aim, all operate according to similar ingredients that they either utilize or abstain from, in order to achieve whatever it is they set out to do (this isn't always the same, even though many movies are clumped together under the same umbrella term). When someone says that something isn't horror, like Baertaffy does with Get Out, they need to be more specific; to do this, they need to be aware of there being more than one kind of horror and why this might be.
***
About me: My name is Nick van der Waard and I'm a Gothic ludologist. I primarily write reviews, Gothic analyses, and interviews. Because my main body of work is relatively vast, I've compiled it into a single compendium where I not only list my favorite works, I also summarize them. Check it out, here!
I'm an artist and a writer. If you're interested my work and are curious about illustrated or written commissions, please refer to my website for more information. If you want to contact me about a guest article, please use this contact form or reach out to me on Discord (vanderWaardart#5394)!