March 20, 2018
I generally don't do music reviews, on here. With Judas Priest's latest album, Firepower (2018), I thought I'd make an exception. Part one will examine the album more generally and retrospectively. Part two will examine it, track by track.

I never thought I'd be listening to another Judas Priest album, following Redeemer of Souls (2014). But Priest are survivors. Following the second coming of the self-titled "metal god," I felt the band to have entered a new phase of experimentation that, at the same time, routinely tried to recapture the magic of the good old days. For most people, this equates to the aforementioned Painkiller, written at what was meant to be the end of their career—a career that had already experienced plenty of ups and downs. 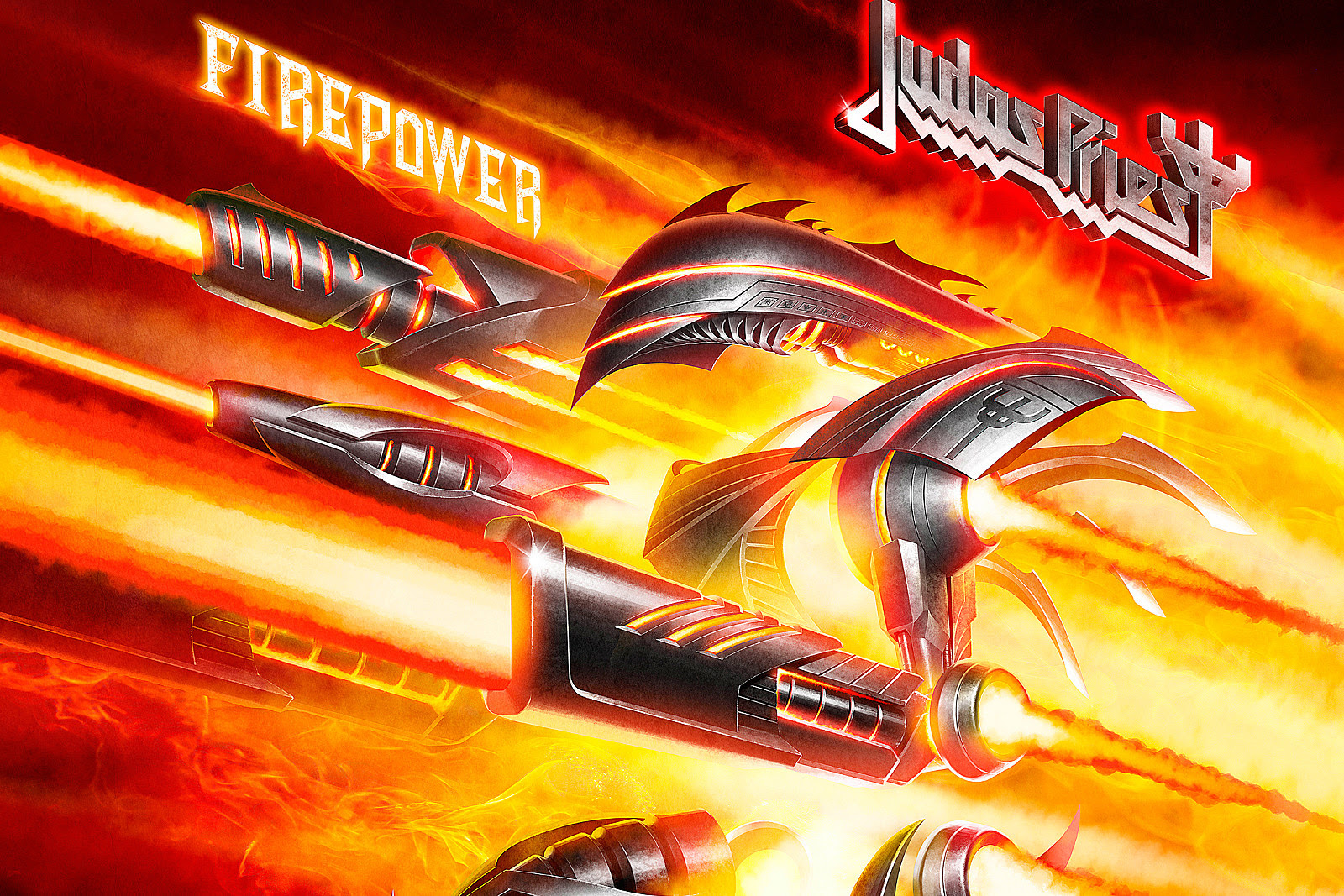 For me, it's impossible to listen to Firepower without comparing it to everything they're written, since day one. For some, this would seem to be at the album's disadvantage. For me, it's not, given how neatly Firepower bucks the missteps that have routinely plagued latter-day Priest efforts, as well as those from days long past, eclipsed by contemporary high-notes. I recall the lyrics to their 1976 ballad, "Epitaph":


A lonely grave, and soon forgot
Only wind and leaves lament his mournful song
Yet they shout his epitaph out clear
For anyone who's passing near
It names the person lying here as you

In any case, now, near the end of their twilight years, they're currently enjoying more chart success than ever they have previously in the United States. Granted, that has no bearing on how I actually view the music, but all the same, Firepower really is the best thing they've done since Painkiller. Whether or not this means it sounds like Painkiller is another thing, entirely. In my opinion, a direct comparison between the two makes Firepower feel like a much more dialed-back and less-aggressive sibling, with generally less of everything—less double-bass, less shrieking, less guitar solos. It's has variety and restraint. Conversely, Painkiller is an album of pure excess and zero restraint, with little overall variety save for "Touch of Evil" and parts of "Nightcrawler."

Neither album is perfect, but Painkiller probably wins by limiting the number of songs to ten. Nothing on it really drags, and the execution is consistently on point, from everyone involved. Firepower is less "pure," and a little too long for its own good—with a couple tracks that probably could have been cut, to keep things brisk and consistent. Still, it's solid, overall. There's a generally similarity in the format of the two albums, too—with the fastest, heaviest-hitting stuff taking point, and the back end largely being slower, more "experimental." Of course, Priest, on both, retains a signature delivery virtually unchanged since their early years. But sonically these two albums sound very distinct from each other. The effect is not altogether different when comparing Metallica's four "classic" albums, side by side; each sounds like signature Metallica, but their individual productions and songwriting remain undeniably idiosyncratic. The same is true for any Priest album.

The latest is no exception. As a result, there's room for comparison with their most stellar output spanning a five-decade(!) career. This is not to say the album eclipses any of that—it doesn't—but it holds a candle to it, and for me, an avid Priest fan, that is enough; it will do. It's akin to George Foreman, at forty-five, knocking out Michael Moorer in the tenth round. Him being a shadow of his former self didn't make the victory any less impressive. Priest are equally impressive, largely because they've been able to age so gracefully in their seemingly final moments.

But is the band even finished? Hearing this album, you could have fooled me. They certainly wouldn't be the first post-fifty band to defy expectations. The Scorpions planned on throwing in the towel, following their excellent 2010 album, Sting in the Tail. Had they proceeded as advertised, it would have made the perfect swan song. Instead, they celebrated their fiftieth anniversary five years later with Return to Forever. Even at the end of things, they still had things they wanted to say. Perhaps Priest will take the same route?

Beset with the looming spectre of age, Priest have had to inject new blood into themselves in order to make the hurdle—Ritchie Faulkner and producer Andy Sneap replacing K.K. Downing and Glenn Tipton, respectively. That being said, Tipton provided the solos on this album; they aren't as formidable as the ones he provided, say, on Nostradamus (2008), and here he's clearly showing his age. But to be honest, he was showing it already on Redeemer of Souls, being outplayed at every turn by the dextrous Faulkner. Now, it's even more noticeable. Faulkner simply leaves him in the dust. I'm not bashing Tipton's skills or trying to overlook his past achievements—his solos on "Painkiller" (1990) and "Beyond the Realms of Death" (1978) are as good as they come—I'm just facing facts: he's old, and very sick, as things currently stand. Still, as someone being forced to retire from advanced Parkinson's, he makes the best of it as second fiddle (or, as Eric Bloom might have once put it, "a lesser bird on the four winds"). At the very least, he keeps pace with Faulkner on the rhythms and harmonized leads, and that's all that matters.

As for the other members of the band, Ian Hill and Scott Travis as sound fabulous as ever, working double-time (so to speak) to create a truly rock-solid bottom end. Halford, while hardly belting out perpetual falsettos like he did on "Dreamer Deceiver" (1976), still manages a nice blend of barritone, growl, shriek and scream. He can still hold our attention, if not arrest it perpetually. Certainly, when compared to Bruce Dickinson, from Iron Maiden, Halford has aged much better, and for a man of sixty-seven, is in excellent form compared to many other metal singers ten years younger. More importantly the band gels as a unit, and the production is crisp and solid. There's no "live, bar band" sound, here.

In any case, when compared to the likes of other old bands like Metallica and Maiden, I feel like Priest have really raised the bar for latter-day material delivered by aging metal acts. I could go on about that, but I won't; just trust me when I write that Firepower is simply a great record that's well worth a listen (or three). If I had to compare it to any postmillennial album, in terms of sheer quality and consistency I'd probably rank it up with Megadeth's Endgame (2009): There's a lot of experimentation, from different periods, but neither it nor the studio polish compromises the overall heaviness. It starts and finishes strong and everyone fires on all cylinders, throughout. Go listen to it, already!

Here are the tracks I liked, listed from favorite to least-favorite: Firepower, Evil Never Dies, Spectre, Lightning Strike, No Surrender, Sea of Red, Necromancer, Children of the Sun, Flamethrower, and Lone Wolf

Personally I'd have cut Never the Heroes, Traitor's Gate, and Guardians/Rising from Ruins—just to keep things brisk and consistent.

If you want to read why, continue on to part two, here.

***
Check out two of my other interview series: Hell-blazers: Speedrunning Doom Eternal, and the Alien: Ore" Interview Project.