Super Metroid and Why It Matters (to Me)

January 31, 2020
Super Metroid (1994) is more than a game I remember fondly. It's a game that's helped shape and define my life over the course of twenty-five years. 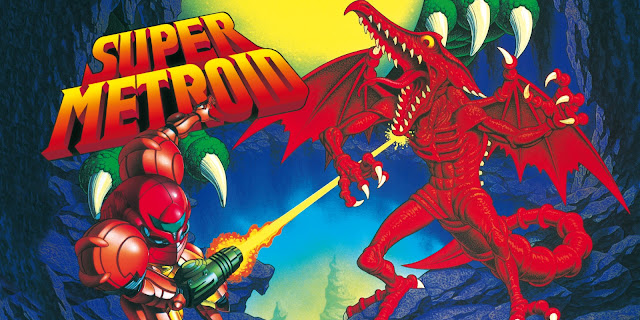 I first remember it for the console itself. My twin received it for our eighth birthday and from then on out, we played it non-stop. Four brothers under the same roof, but only one controller. There wasn't always time to share, and often Ben, the eldest, took control. But after spending weeks trying to find power bombs, eventually Ben's patience wore out and I do recall have some opportunities to play (three save slots helped with this).

Of course, as time went on my brothers' interests went onto other games. But I remember always remembering Super Metroid fondly. Something about the non-linear world and lack of narration in-game was fascinating to me. Furthermore, being a huge fan of Alien (1979) and the protagonist Ellen Ripley from that movie, I always enjoyed the deliberate parallels between her and Samus Aran. They weren't identical, mind you; but the adaptation from one medium to the next taught me an appreciation of transmedial themes and devices that would carry over into my academic work.

What survives when you rebuild the hero? I'd ask myself. Or, in this case, if the hero is the maze what happens if you try to rebuild that? Should you rebuild it enough times to perfect the model, will anything in the future come close at recapturing this accidental glory?

And that's what Super Metroid is: lightning in a bottle. It's the third entry in an unproductive series (relatively-speaking compared to Zelda or Mario) that until recently hasn't enjoyed the same number of copycats. Even then, it's debatable how much Super Metroid is actually being copied when future Metroidvania-style games swap out pieces, and loosely rely on the formula rather than following it note for note.

That's partly what makes Super Metroid so good; no one's really tried to copy it, because it did what it did so well. I have played games that come close—Castlevania: SotN (1997) leaps to mind, or Hollow Knight (2017). However, they're still their own titles. What made Super Metroid unique in its own right was the open-ended gameworld—its sheer variety of unessential items and optional exploration/encounters. The challenge becomes: design a game with a giant world that mostly can be skipped, but generally requires a "full" play-through the first time around.

And this is why Super Metroid is important to me personally. It cultivated a perennial playstyle in a single videogame that would go on to influence how so many other videogames are played: speedrunning. I can't think of any game more important to the concept than Super Metroid. Yes, Metroid coined the system; inside, a gameworld made to deconstruct, it rewarded players for quick, skillful, inventive play (titles like A Link to the Past [1991] feature gameworlds that must be broken much more forcefully and crudely by players).

Super Metroid took what Metroid introduced—a non-linear maze with a timed reward system—and expanded on it. It focused less on the reward of a naked Samus at the end, and more of Samus mid-game being controlled by the player. In this respect, Super Metroid can be masted to an incredibly high degree without changing the basic nature of what it is: a maze to navigate through the collection of items, killing of enemies and solving of puzzles. This holds true many years later as players continue to play the game, albeit substantial amount of reinvention within speedrunning communities. This seminal, communal approach is, in my mind, a testament to why Super Metroid is such a classic: It's communities not only endure; they evolve into 2020 and potentially beyond. 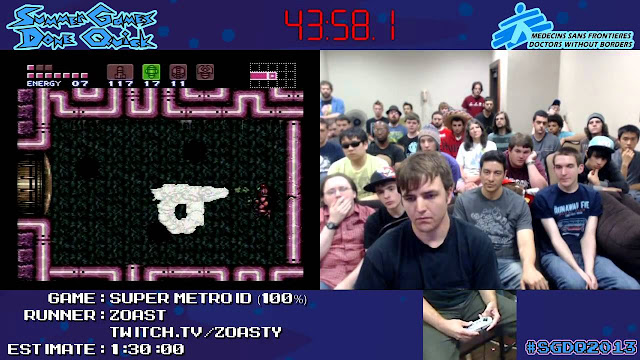 I can attest to this through my own experiences. I remember playing the game after high school and feeling less dwarfed by the world than I had when I was younger. I suddenly knew where to go and when. However, in its place something new and exciting emerged: sequence breaks.

The best example for me was early power bombs. Instead of going to Norfair for the high jump boots, I found I could "climb" Red Tower with wall jump, shoot the ceiling and proceed to power bombs much sooner. It broke the route, not the game. This not only extended the life of the game at the time; it turned Super Metroid into a more nuanced version of itself. Within the game was a game that acted on the same rules, but in ways that allowed for much more freedom of play than originally advertised.

By telling us what to do with the gameworld, Nintendo cloaked the possibility of other options the same world (even when this world suggested these through its core design: destructible blocks, wall jump, crystal flash, bomb jump, etc). The joy of mastery—by the world of the player and the player of the world—became a never-ending exercise. It's this cycle and its continuation into the present that, for me, defines Super Metroid's legacy. 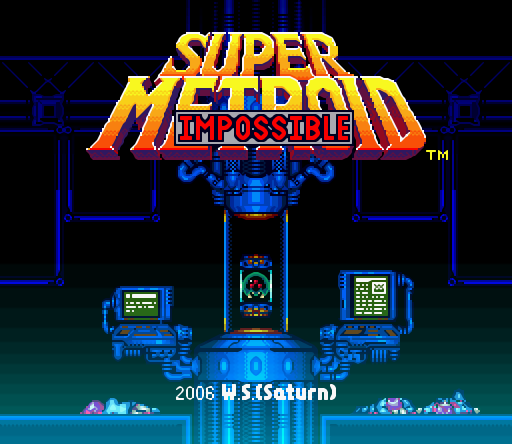 Granted, I'm of the opinion that human speedruns for the original game Super Metroid are approaching their limit. This hasn't stopped the creation of mods, which have helped breathe fresh life into the game. One of these is Super Metroid Impossible (2006). Not all mods preserve the original world, but Impossible largely does. By taking the game and creating a single set route, Saturn has allowed the player to approach a concrete gameworld—one that requires total perfection of execution; it demands an understanding of classic gameplay being merged with speedrunning as Super Metroid pioneered it: to produce a game that cannot be beat without a speedrunner's know-how. You could not simply play games fast and hope to win; Super Metroid's infamous world would have to be your home.

Impossible is the ultimate catering-to of the game's intended audience, while keeping the experience from transforming into hundreds of similar-but-ultimately-different clones. It's meant to be stupidly hard—impossible, even—a commendable fact given how easy Super Metroid is by comparison. Of course, beating Super Metroid was not impossible; knowing all the game had to offer beyond the packaged experience was. Impossible is a reversal of this concept: a packaged experience forcing the player to beat the game a very specific way by going in with all of this carefully disinterred knowledge.

This mod, and players' abilities to beat it in 2020, demonstrate players as having evolved to beat the game in arguably its most difficult form. I would say there are always ways to make it even worse, but Impossible produces a game quite similar to the original; it's simply thousands of times harder. Plenty of mods aim to make a game more difficult, but how many games have communities that foster players capable enough to beat them? All the more demonstrative of the game's open-ended lessons and nearly-infinite replay value. 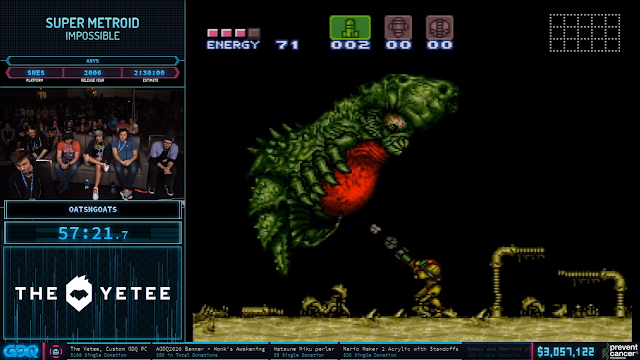 Yet, when we look on this version of the game, it plays from the audience's perspective much like any other. The world is not a colorful mishmash of sprites and noise. It is coherent—a robust iteration of the Super Metroid experience taken to its most extreme. Unlike Mario Maker, which offers nightmarish gauntlets that scarcely resemble the classics, Impossible barely changes the original gameworld at all: more spikes, different doors and item placement. It shows how awesomely-designed Super Metroid's world was—how little it needed to change at the pinnacle of its own gameplay evolution.

This is why Super Metroid continues to be so fascinating to me. From defining what it means to speedrun videogames by fostering the exercise as something expected from players by developers, Super Metroid remains relevant more now than its own protagonist or franchise. I'm excited to see what comes next.
***
About me: My name is Nick van der Waard and I'm a Gothic ludologist. I primarily write reviews, Gothic analyses, and interviews. Because my main body of work is relatively vast, I've compiled it into a single compendium where I not only list my favorite works, I also summarize them. Check it out, here!
I'm an artist and a writer. If you're interested my work and are curious about illustrated or written commissions, please refer to my website for more information. If you want to contact me about a guest article, please use this contact form or reach out to me on Discord (vanderWaardart#5394)!