January 24, 2020
Alien (1979) is a film I've seen so many times that I've lost count. I've watched it on laser disc, television, VHS, DVD, Blu-ray, and online. I've fallen asleep to it, or had it playing in the background while I do other things. I first saw it when I was nine, and continue to watch it into my thirties. Not as often, mind you, but I still return to the haunted Nostromo from time to time. I'll be stating my piece for a movie about which so much has already been said; nothing I'm saying will prove transcendental, but merely a different reaction inside the same system of differences. 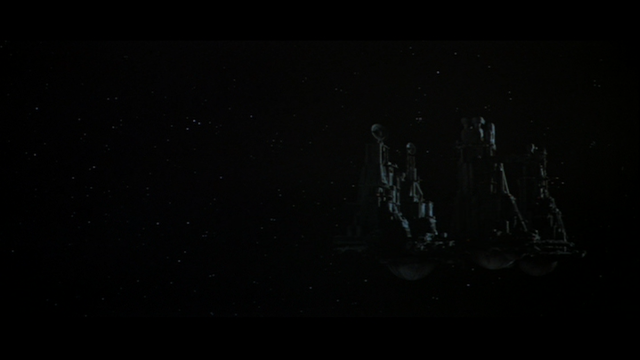 But why is Alien so important to me when I've seen so many other movies, too? Alien is not a "perfect" movie; it has its flaws, to be sure. It is, however, a perfect example of Gothic horror. Any mistakes it does have don't stop it from working the way it was intended.

About a year ago, I saw Alien in theaters. I had memorized it by that point, but still had fun. However, two young men in front of me were riding the escalator to the exit when one excitedly called his father. "Dad, dad!" he said. "I saw it! Yeah, it was great! The only thing that would've been better was if we saw it in 1979!" In other words, the movie was nostalgic for someone who'd never been alive at the time it originated. This is important; for now, just keep in mind: for the Gothic, nostalgia and fear are close-knit.

What do I even mean by Gothic? The problem with the word is how infuriatingly narrow it is by American standards. We have no castles that fueled the Neo-Gothic Revivalists; there is no medieval sediment under American topsoil. The fact remains, "old spooky castle" is the go-to setting for a Gothic story by American standards. Keep in this mind; also remember that the most visible element in Alien isn't the monster, it's the castle (the Nostromo, in this case; the monster came into fruition later and lost its own identity in the process). 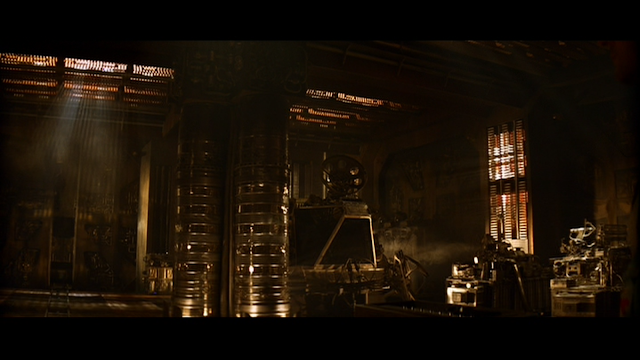 But what makes a castle Gothic? It's not the castle's age or construction, but what it represents: the past and present as confused. Alien is set the future, but the suits of armor are still there, as are the family portraits (the movie is a series of portrait shots). Evoking the past needn't be genuine; one merely needs a space in time where the feeling of encasement and live burial is hauntological. This linguistic athetos ("no place") brings forward things that aren't from the past, but rather use its language and symbols to become anachronistic in the present.

This sensation  "haunts" the viewer through ontology—by simply exisiting. It's not the past you fear, but an imagined idea of the past; what cannot be from the past, nor exist comfortably in the present, becomes an echo into the future—a retro-future to be precise. This is Alien's claim to fame: a fear of the past prophesied by the very bricks used to rebuild the message onscreen. 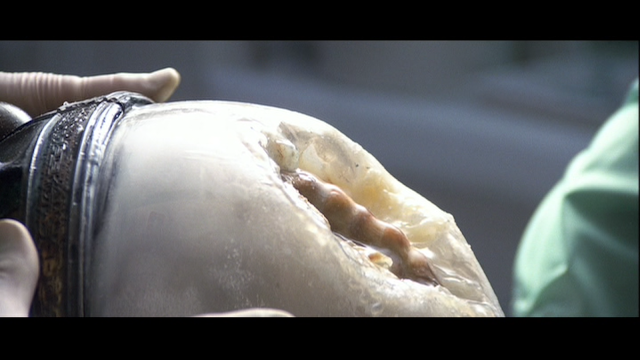 Consider how little of Alien was new. Much of it was borrowed, and had gone through so many drafts as to barely be what the original screenwriters had envisioned. It was not simply the product of many writers, craftsmen and artists; its retro-future was a transient epoch whose yesterday reaches forward in bits and pieces to haunt future generations. A Gothic castle is a collection of such things to induce such confusion. The retro-future is neither one nor the other, but both under a very particular arrangement that's very easy to get wrong.

Alien bucks this worrisome trend, its unique artistic vision copied by artists moving forward well into the 21st century. These echos from older counterfeits continue to yield something akin to a Gothic castle. Consider Alien: Isolation (2014), a gameworld whose fortress yields intimations of its older brethren, the Nostromo. These derived from elements that would have been at home in the original (so far as to be based off its blueprints). But they aren't from 1979 anymore than the original movie was. Yes, it was made there, but the feelings it evoked came from elsewhere.

That's the paradox of a Gothic castle; we know it when we see it, but our sight is trained by objects that are constantly being rebuilt according to memory as plastic. The past is re-remembered according to a place where time becomes meaningless. The shining rule is dangerous suggestion—a half-presence felt within the castle. There, decay and death are inherited, and remade with every step as an act of retelling old stories that never happened. 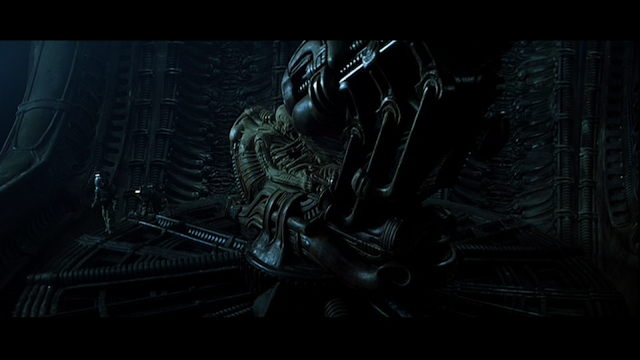 In Alien, this sense of recreation is told through the Nostromo itself. The ship, at once so familiar to us, is haunted from the start—an occupation that only worsens after visiting the ship's dark double: the derelict. Out from the dead of space, its mysterious beacon draws them in; returning home, the crew find themselves at odds with a ship that comes alive and changes before their eyes. They see the past as imagined within their own residence unsettled.

The xenomorph merely personifies this phenomena. It is the stranger in the dark hallway. Both flesh and metal, this mixed metaphor of different symbols and ideas merge together into a kind of primordial soup. And out of this springs the stuff of nightmares. In order for the nightmare to work, however, a comparison must be made—one perfect space against its dark twin, until the doubling is complete and neither exists in isolation, but merge seamlessly into an uncanny whole.

The goal of the monster is replication, is it not? But what replicates is chaos. This process is as much a response to images and language within our own minds, which have so much more room to work inside something—a castle, for example. And this, in part, is why Alien is so well-remembered: Its retro-future world—as much a response to the gritter version of space fantasy seen in Star Wars (1977)—was also a love letter to H. P. Lovecraft and his only novel, At the Mountains of Madness (1931; itself an echo of Poe's only novel, The Narrative of Arthur Gordon Pym of Nantucket, 1838): a desolate ruin in a blasted land. Lovecraft himself was shameless in his pilfering of older tombs to tell his stories, allowing them to take root in a public imagination already incensed by fear of the past, the unknown, the great and powerful. 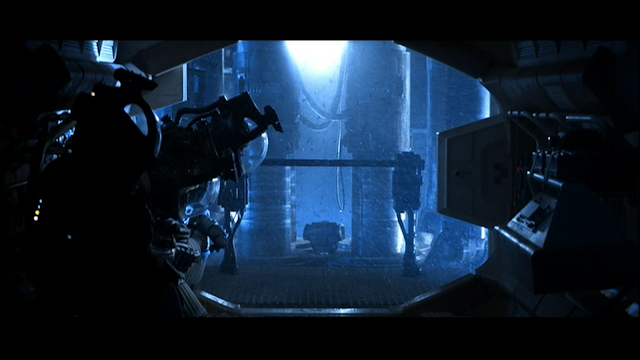 And that's the genius of Alien. Out from the the darkness of an half-informed mind floats an impossible castle, full of dreams, death and decay. It's a Romance of the Gothic sort, wedding the everyday tedium of blue color workers to high adventure—of "Russian spies" (O'Bannon's dubious epithet for Ash) and labyrinthine corporate malfeasance. And all of this is falls victim to Gothic chaos, the fearful past brought forward as something new then and now.

Yet, no nightmare can scare without some modicum of order to infringe upon. And Alien does this exceptionally well. Its characters are real people visited by something beyond their realm of experience ("You still don't know what you're dealing with, do you?"): a monster, treated by Ash as a kind of prized animal whose incredible biology woos his android mind. The perfection is the sturdiness of its body despite a morphology that never stays put. It's shapeless, as any monster would be inside a castle whose walls are a little too savage, with not enough light to see. 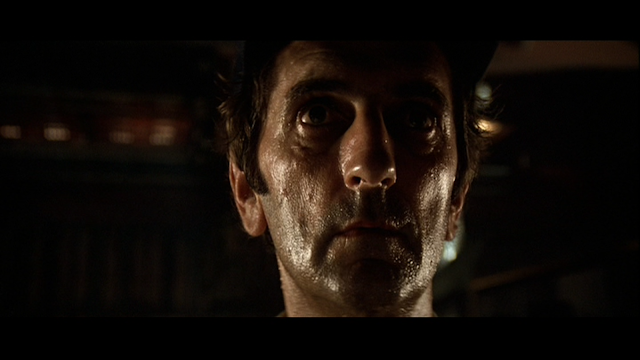 Under these dim conditions, the tricks of the mind know no bounds. The haunted house, at once a vault of the imagined past, becomes a breeding ground for fear—not of actual death, but of it as a concept, manifest through fearful interaction with the backdrop. The mind bends, but too far, experiencing special feelings of confusion—what Walpole called "gloomth," and so many other writers coined their own specialized words for.

This type of exceptional, liminal wording is well-suited to describe the Nostromo as a Gothic place. Kit-bashed from the midden of 20th century fiction and older Gothic tropes, Alien continues to resonate with me. I understand the mechanisms better than when I was younger, but it matters not; such a place remains special for me, or anyone with an imagination so wild and easily excited as to find a home in the castle that never existed.

And lastly the crew themselves, so pitifully irrelevant in the face of cosmic horrors—save one. Not the monster, but Ripley as a tough, no-nonsense heroine who subverts the passive beauties of yore to outwit and outlast the ultimate survivor. But for how long? In her own body sits a strength to rival her double, the sleeping eighth passenger. And like him, her own sense of self solidified in later films, only to crumble to dust without the castle that birthed them.