January 17, 2020
I confess, I never actually wrote a review for season one. To summarize, a little girl named Haley who's never met her father goes to see a child-loving television host called Sunny Shine; from there, she's abducted and held hostage by a killer Santa Claus. Meanwhile, her estranged, alcoholic father, Nick Sax, must try to save her... with a little help from his daughter's imaginary friend, Happy. Being a disgraced, NYPD detective, Nick must get out from under crime boss "Blue" Scaramucci (and his seedy employee, Detective Meredith McCarthy). Somehow, he manages to save Haley, pins most of the fallout on Blue, and gets sober to boot. Except he still sees Happy. Apparently Happy is Nick's imaginary friend now. 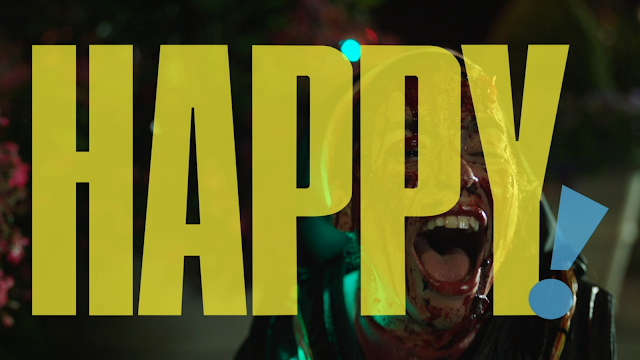 Enter season two. A sober version of Nick is no longer—according to Happy—allowed to kill, drink, or associate with criminal elements. It's the always-broken rule of the Western/kung fu flick, where the hero is told not to fight; it never lasts long. Given how the last ten years of his life were obsessively devoted to these activities, Nick is currently homeless and unemployed. His ex-wife, Amanda, is a dental assistant at a nearby clinic; when work keeps her, she asks Nick to pick Haley up from school. Except when Nick arrives, he's told to see Haley's teacher.

Haley's in trouble. Apparently she's been vandalizing the entire school—a response to past trauma that, while understandable, isn't something the school is equipped to handle. Worse, when Nick tries to come to Haley's defense and blames the school, Haley comes clean, effectively getting herself expelled. Despite his best efforts, Nick has landed his daughter smack-dab in the middle of private Catholic school. From there, she fails to fit in, breaking the priest's thumb during Ash Wednesday and picking a fight with the local diva.

Ashley's a handful, but Nick has other problems. No longer a cop herself, the now-unemployed Meredith spends her free time chasing Sunny Shine, who evaded capture the first time around. It's hard to find anyone crazy enough to believe her, so she goes to Nick and "asks" for his help. Meanwhile, crime boss Blue has been possessed by a death god called Orcus; Orcus will stop at nothing to subjugate Blue entirely and resume his own nefarious plans: crushing the hopes and dreams of mankind. To assist him in this deplorable labor, Orcus has recruited Smoothie, Nick's arch-rival who ostensibly died in season one. He's still alive, albeit with a little souvenir: a pink, robotic eye from when Meredith shot him in the face for sodomizing Nick with a giant dildo (to Holst's Bringer of War, no less). Par for the course, folks. And then there's Amanda, who's dealing with her own past issues. When she was kidnapped by Sunny Shine's ostensible henchmen, the so-called "Wishies," Amanda was brought to a rave party occupied mostly by strangers. Yet, the Wishies were also there, and out of character. In costume, they resemble Teletubbies with a weight problem; out of costume, they're Patrick Star from Spongebob Squarepants, minus the eyes and using telepathy to mind-control their unhappy subjects.

Having been traumatized by them, Amanda feels drawn to Shine Tower, the place where it all happened. Except she can only remember the trauma, not the traumatizer—and only in episodes of withdrawal wherein she gorges on Easter candy and cans of whipped cream. Turns out, she was re-remembering her own rape at the hands of Sunny's henchmen; and when she confronts Sunny, Amanda learns that she is not only pregnant, but with child thanks to the telepathic space aliens, not Sunny himself. 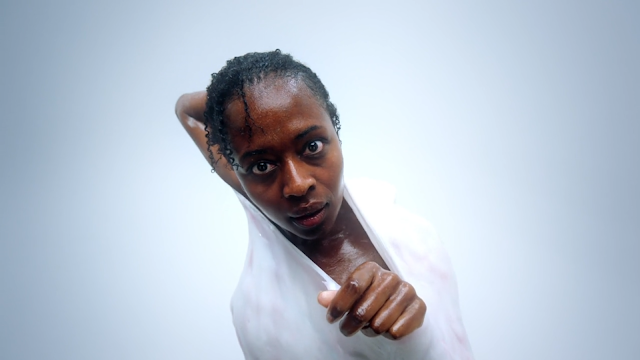 If this all sounds a bit complicated, it is; and there's more. Smoothie loves-hates Nick, and plans to follow Orcus' plans of world defeat by using Nick's daughter, Haley, as the vengeful scapegoat. So, yes, there's a lot going on—much more than the first time around. To this, I felt like there was less time to conclude things, and generally being rushed from one scene to the next. To be fair, the material itself is totally madcap, with lots of memorable skits, and a wink-and-a-nod from the director, assuring us that all is well, even if the plan itself was a bit skint. 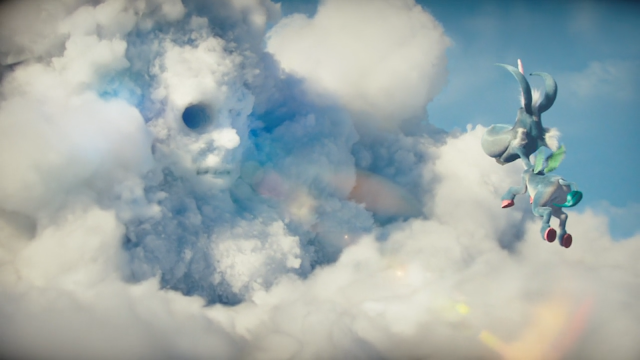 This isn't to say that I didn't have problems with the show. Some of the twists felt a little too visible. I figured out Haley's role in Smoothie and Orcus' plans early on, and that Amanda was with space child far too soon. And it would've bothered me less had the show spent less time treating it like a Big Surprise, instead of just another day at the office. But it didn't, and given how precious time feels when you're in a rush, this was a mistake in my eyes.

Also a couple of writing choices towards the end bugged me. Since the Wishies would've made it too difficult for the heroes to succeed, they obviously had to go. But the way the show went about this was a bit annoying. Orcus, a death demigod, can control peoples' actions and make them kill themselves. But after Amanda gives birth to the Wishies' "eggs," she picks up a canister of oxygen, breaks the seal, and smashes a ceiling light to turn it into a makeshift flamethrower. This is problematic for several reasons. One, she was bed-ridden from the pregnancy only to start acting like Ellen Ripley. Two, why didn't Orcus have her turn the flames on herself, saving the Wishies and their brood? I could think of no other reason than the writers needed them to go and for her to live. It felt forced and a bit lame. 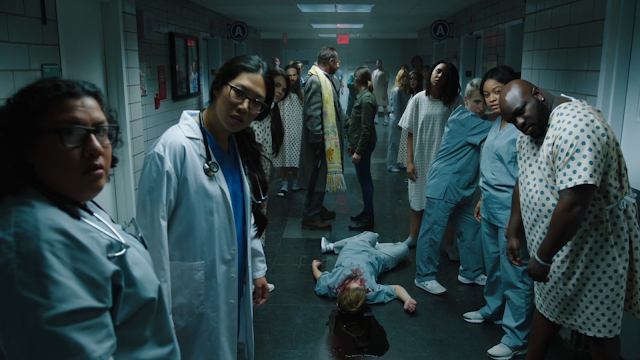 A similar issue occurs when Orcus runs into Nick and Meredith in the hall, and uses hospital patients as a shield against Nick's shotgun. He controls Meredith without issue, but Nick remains unassailable. Why? I have no idea, and the show doesn't bother to explain. So Nick can shoot people as much as he likes, but not Orcus, and Orcus can't defeat Nick for some reason. Instead, Happy is revealed to have latent powers, conveniently hidden for the better part of two seasons. Instead of having people kill themselves like Orcus can, Happy makes people fuck each other instead. It's very much out of left field, used to stretch the oddities and mayhem even further.

It might sound paradoxical to implore a bit of order amid chaos, but this was something I felt the show needed at times. I still had a good time, of course, and there were a few delightful surprises—a killer nun, Goldblum god. Nonetheless, the climax left me wanting—an oddity for a show that prizes itself on pure excess.