November 22, 2019
Watching Joker (2019), I sometimes forgot it was a comic book movie. It plays out much more slowly, with camera angles and takes that feel more at home in noir or hard-boiled crime movies. I enjoyed myself to an extent, but I also had my fair share of criticisms. This isn't a bad thing in and of itself, but it is noteworthy to confess I felt the negative aspects on my first viewing. In this review, I'll explore both sides of how I felt; there will be spoilers. 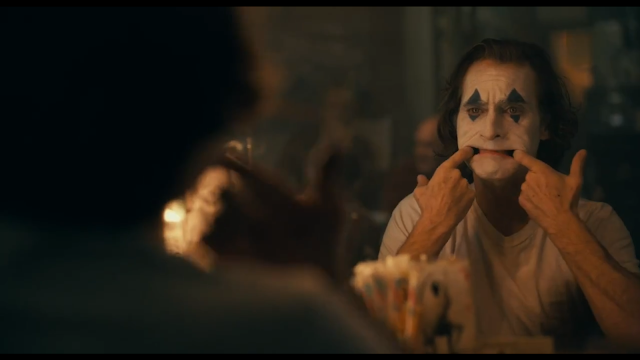 As far as I understand the character, Joker has little if no origin story. He's always the Joker. Seeing him as someone else feels a little strange, and takes some adjustment; it's hard to imagine him a victim with self-esteem issues, and having to discover his killer instinct, but that's how the movie plays it. Arthur Fleck, a clown by trade, dreams of becoming a stand-up comedian. The son of a shut-in, aging single mother, we learn he has a condition where he laughs uncontrollably when stressed. This, and being in a clown costume, makes him an easy target. Even his fellow clowns mock him. Worse, his neighbor—one of the few people who's nice to him—isn't even real.

A series of unfortunate events unfold. These include: Arthur being assaulted, fired from his job, bereaved, and denied a social worker. This procession of misery leaves him down and out, and unmedicated. Except, the meds were keeping him from acting on his violent impulses—tendencies well concealed by his maudlin exterior. He's a clown that cries, and only has negative thoughts. But nobody listens to him. In the end, his transformation is likely the only thing that could have occurred in a city so fallen.

Gotham is a fictional place, but it looks and sounds very real. Gone are the Gothic structures of the Tim Burton era, or the (relatively) clean streets of Chicago Christopher Nolan provided. Everything is dirty, dark and grim, even during the day. Inside this dangerous world, numerous side characters have been written to torment Arthur, even if indirectly. Most pay him no mind; the ones who do constantly belittle him, or feel threatened by him. It feels contrived to an extent, an apocryphal conveyor of bullshit worthy of Job. 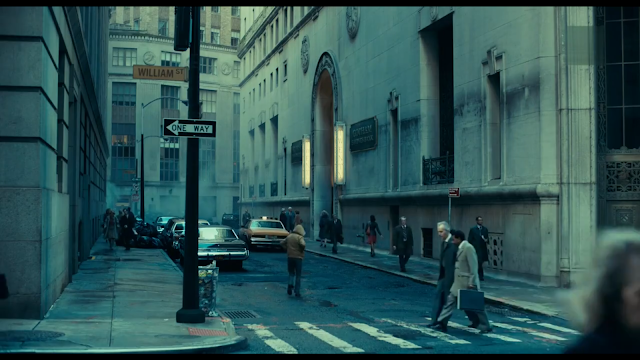 And sadly their behavior, while deplorable, is easy to understand. Phoenix portrays Joker as painfully awkward and disturbing. He's not a puppy; he's a creep. Like DeNiro in Taxi Diver (1976), he's a walking skeleton, physically devastated by his environment. Unlike DeNiro, Phoenix gives his character a sense of active pathos, full of pain and angst. You can hear the agony in his voice, see it in every step he takes. But it's not what you think.

Joker concerns itself with facades. It opens with Arthur crying into a mirror, wearing black-and-white clown makeup. As he cries, he sticks his fingers into the corners of his mouth and forces them upward. This trend extends into nearly everything about him—not just his behavior, but his family history and his body. Arthur is adopted by a woman who suffers from delusional psychosis and narcissistic personality disorder. She lies about his childhood, including the abuse he suffered at the hands of an old boyfriend: massive head trauma, which causes Arthur's uncontrollable laughter. "Lie" is a tricky word, though, given her illness; if she's medically delusional and believes what she says, is she actually being dishonest?

"Arthur Fleck" was an adopted name for an abandoned child, one they grew up to resent. This only comes out later, though, once the truth is revealed. Until then, it's hardly a secret that Arthur is miserable. Even when he isn't being laughed at, belittled or beaten, he walks like a man defeated; shirtless, his body is shrunken and twisted, something inside him straining for release. It turns out, Arthur's mother isn't the only liar in the family. Arthur has a daily crack at it, himself. He tries to be funny and nice and fails spectacularly. 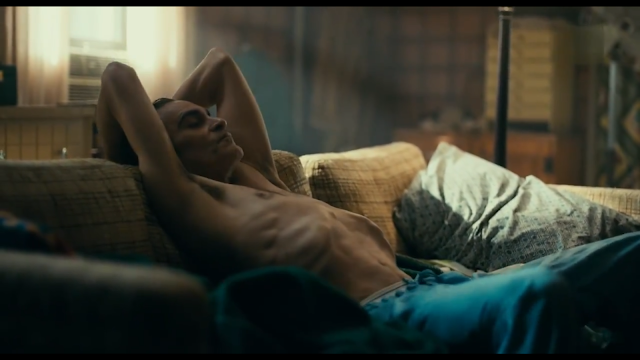 Arthur's angst is his greatest lie—to himself and to us. However, it isn't an act; Arthur doesn't know why he's in pain, and neither do we. His tormentors mistake this vulnerability for weakness and try to exploit it. Arthur plays his part, curling into a ball. However, this callow response is incumbent on a dying social care system the wealthy are phasing out. When it goes, Arthur's meek persona falls apart. But even before it does, the reality for Arthur is an extension of what he's been saying from the start: He has had nothing but negative thoughts all of his life. These aren't merely the somber woes of a downtrodden victim; they're homicidal in nature. Worse, they make Arthur feel good. Effectively he's in withdrawal and that's why he cries.

This isn't explicitly stated until the movie is nearly over, but it needn't be. When Arthur snaps in the subway as the three men are beating him, he shoots to kill—not just the first man, but the second, and the third as he attempts to flee. An act of self-defense quickly gives way to cold-blooded murder. In other words, we see the Joker for a moment. Arthur doesn't call him that, but it's still the murderous clown others in the city reify with their posters and their masks. Their cause is not his, but like his mother before him, these people adopt him to suit their needs.

Yes, Arthur was abused, and badly. The system also failed him. But there is something very wrong with him that lashes out in response to that trauma. Eventually it reaches a point where the infringements against him are slight—laughing at his painfully bad jokes, for example—yet the level of violence stays exactly the same. When Murphy and the crowd laugh at him, Arthur not only responds with horrific violence, he plans it in advance, knowing it will make him feel better. It's petty for us, and cathartic for him. 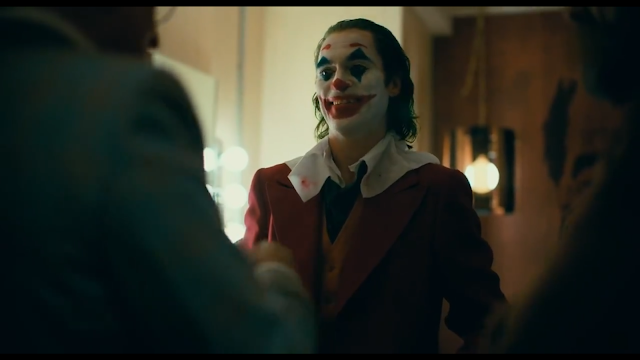 When Arthur is invited onto Murphy's talk show, he sets aside his name, calling himself Joker for the first time. He's dressed in clothing that reflects the change; he dances and smiles. This behavior is more than him reveling at the thought of being on stage; it's also him savoring the thought of completing his revenge. It isn't motivated by politics (according to him); it's simply him getting even with someone who poked fun at him, and didn't agree with his violent tendencies. The political nature of the mob—killing the rich—was something that already existed. And, unlike the other protesters, Arthur simply stood and watched; while they wailed and yelled, he tried to speak to Thomas Wayne.

Arthur's attempts to reconcile with the powerful man were ill-timed, but also dubious. His promise of no ill-will is made by a shell and a lie (Arthur is not Thomas' son). Coating the monster underneath, the two aspects have melted together, the top layer slowly eroding away. When Arthur visits Bruce, for example, his jokes do not make the boy laugh. So Arthur forces him to smile. When the boy's guardian intervenes, Arthur says he wasn't doing anything wrong—that he was merely trying to make the boy laugh. In other words, "Let's put a smile on that face!" It's not consensual, and is applied by force. This is Joker at his core.

Arthur's paltry attempt at honestly is disingenuous; he doesn't mention touching the boy and emphasizes his clown act instead. But this act was premeditated, planned; on some level, Arthur knew what he was doing and lied about it. When the lies don't work, he overreacts violently, nearly choking the guardian to death. The only reason he doesn't is because Bruce the child is watching him. Maybe he stops because he sees his younger self in Bruce, while he's become the brutal aggressor his mother's boyfriend used to be. It makes him hesitate. None of this is consciously acknowledged; Arthur doesn't come clean, he runs away. And he mentions none of this to Thomas, who angrily breaks Arthur's nose—a violent act, but an understandable one (even if Thomas is a massive prick).

I didn't dislike Joker by any means, but I didn't love it either. As an actor, Phoenix was very good, but the movie as a whole felt a little slow to pick up steam. What I mean by that is, despite the peppering of extreme violence, Arthur felt largely the same throughout the movie—until the very end when he begins to emerge in earnest. However, by that point the movie is basically over. When Arthur finally stands in front of the mob, suddenly it fades to white. Suddenly Arthur is in Arkham, with no explanation as to how he got there. As he paints the halls red using his feet, we're given a very frustrating "The End." Just when things were getting good, the movie stops. 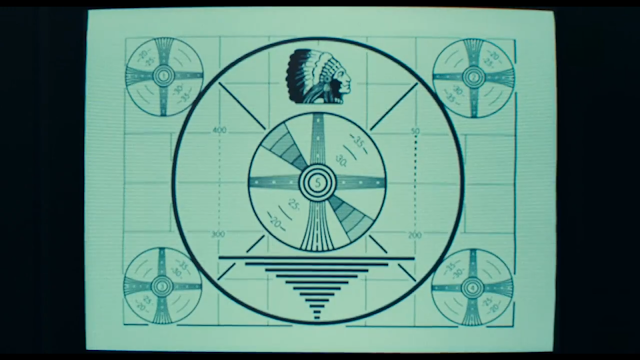 It felt pretty anticlimactic, given Joker's arc is essentially to kill a game show host he doesn't like. Even then, he's taken off the air before he can give any kind of speech. I hated this. When the network cuts Joker off, the story deconstructs; inside the studio, we're shown the chaos stemming from Joker's mayhem. This is short-lived, with no time to explore the ramifications in any meaningful way. Instead, it's simply an excuse to have Bruce's parents shot.

When this happens, Bruce is a mute caricature, his father written into an ignominious fall. Thomas' wife is only in that shot (excuse the pun). This is meant to be the big payoff, but it's hard to feel for them because most of the movie has been inside Arthur's head. I really wanted to see him be Joker more, with enough time to be totally crazy instead of mopey and weird. Just my opinion, but the character works better when he's wearing his outfit, and you're not inside his head for the entire run time. It's an interesting experiment, for sure, and enthusiastically portrayed. But it doesn't always work.