April 05, 2019
This is part one of my two-part article on how suspense functions in horror movies (along with surprise, horror and terror as horror movie devices). Part one examines the terms and Roger Ebert's use of them, but also their nuance beyond his narrow labels; i.e., does suspense "elevate" horror movies, like he claims, or is it merely a tool to achieve different ends? Part two shall examine the richness of the Gothic mode in other ways: its "awareness" through progenitors, historical considerations, and nostalgia—a style, if you will.

The terms, themselves: While undoubtedly a Gothicist, I recognize the ubiquity of the term "horror." Often the nuance—of "horror" and "terror" being two different things—is lost in the label "horror movie." Curiously, its theoretical twin, "terror movie," does not exist in common usage (even if the movie-in-question could fairly be described as "terrifying" by the audience). Instead, "horror" and "terror" are used interchangeably. The blanket term for media worthy of either descriptor is, for whatever reason, "horror movie." No one, not even a Gothicist, will say "terror movie," and only in Gothic circles might an academic use the phrase "Gothic terror" or "stories of terror." "Gothic horror" is more common when talking about media with horror and terror elements. However, "Gothic" suggests a particular look-and-feel. Because horror directors have different visions and styles, the solution is simply to excise the word "Gothic" and say "horror." It's more inclusive. 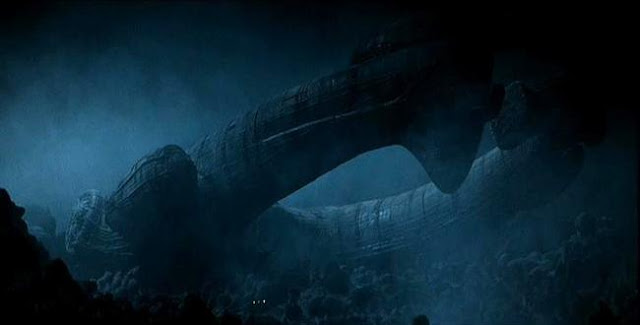 For me, horror movies occur relative to the Gothic as a mode. I also use "terror" and "horror" as Gothic terms—devices, not labels; they describe how something operates, not how it is viewed, in the public eye. Labels are problematic, and not especially helpful. To this, I pose a question: Does suspense "elevate" horror movies? Or, as IndieWire writes, is "elevated horror" even real? Real or not, the stigma is there, but where does it come from?

Though not entirely to blame, Roger Ebert is partly responsible, and the subject of much of this article. Let us not forget, the winner of a Pulitzer prize was also the man who handed out gold stars; his labeling of works served to qualify more than describe. In his review of Rear Window (1954), Ebert gushes how great the movie is: "This level of danger and suspense is so far elevated above the cheap thrills of the modern slasher films that 'Rear Window,' intended as entertainment in 1954, is now revealed as art."

Ebert attributes this phenomena with Hitchcock's non-stop use of suspense: "Hitchcock long ago explained the difference between surprise and suspense. A bomb under a table goes off, and that's surprise. We know the bomb is under the table but not when it will go off, and that's suspense."
While I don't disagree that suspense is an important device in horror movies, there's much more to the Gothic than that. You wouldn't know it, according to Ebert. "Modern slasher films," he explains, "depend on danger that leaps unexpectedly out of the shadows. Surprise. And surprise that quickly dissipates, giving us a momentary rush but not satisfaction." In other words, surprise is cheap; suspense—deliberate and meticulously planned—is not (and, at least according to Ebert, elevates Hitchcock's seminal classic, years later, to the much-desired status of "art").

Ebert's labels are limited, even spurious. One, "horror movies," for him, are largely limited to "slashers." They're narrow and describe almost nothing ("At its most fundamental level," he writes, "'Alien' is a movie about things that can jump out of the dark and kill you."). At the same time, he lauds Rear Window for Hitchcock's suspense—of keeping the violence hidden. However, despite what he has to say about slashers, Gothic stories often concern the hidden, be that a monster, or threats of monstrous violence that could be real (or not). This tradition goes back hundreds of years. Yes, Detective Mills, to John Doe, asks "What's in the box?" So does Emily St. Aubert peek behind the black veil, at Udolpho. Like Hitchcock or Fincher, she refuses to tell the audience until the moment is right. 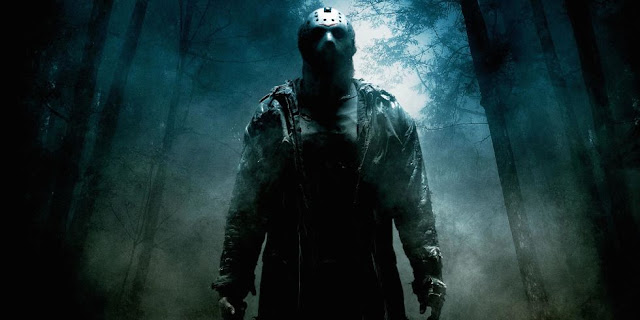 Two, Ebert's label, "modern slasher," is practically useless. There's little "modern" about horror (slashers or otherwise). This includes not simply the locale, but the hunter inside. A relic from the Neo-Gothic Revival, the murderous Father Schedoni stalked Ellena Rosalba over two centuries ago. So when Ebert says "modern slasher," up to what point, or how far back? I think few would dispute calling Alien (1979) a "modern" venture. It is; its devices are old. The Nostromo is, for all intents and purposes, a Gothic castle; the alien, a "slasher" hidden inside. Some critics wrote the movie off for these reasons, little more than a guy in a suit, a "monster with metal teeth" announced by disco lights and smoke machines.

However, one could easily make Ebert's Rear Window argument—that Alien's danger and suspense help "elevate" it above the "cheap thrills" of so many of its contemporaries; intended as entertainment for its debut, the movie "is now revealed as art." Indeed, disputes nowadays would have to be made against a "classic" status Alien did not have, forty years ago (the latest tributes including a high school play and 550 short film submissions[!] made in celebration of Alien's 40th). All the same, Alien would seems to come up short when weighed against Ebert's suspense-surprise argument; Kane's "birth" is expertly built up to and foreshadowed, but also occurs halfway through the movie. Is the rest of the movie written off, as a result of this surprise? Obviously not. Hitchcock's "bomb" has gone off too soon, but this matters little; the creature, in Alien, routinely changes shape and tactics to catch Ripley (and us) off-guard.

Alien relies on multiple factors: Ebert's suspense and surprise, but also on terror and horror—the hiding and the showing of the monstrous. Like other Gothic stories, Alien is liminal; nothing is ever fully hidden, in it. Instead, the castle promises half-concealed, ambiguous dangers. The derelict is wreathed in pall-like shadows and mist; it echoes a ghostly beacon sending the Nostromo explorers to their doom. That's terror. Shocking the audience with a gory "birth" to rival all others? That's horror. When Kane dies, the horrifying moment infuses the terrifying shadows of the Nostromo with a ghastly promise: "There are more messy kills to be had." Out of the derelict, the history of violent potential might realize itself, in the here-and-now.

Horror and terror work in tandem; so do suspense and surprise ("shock" is perhaps more apt). There needn't be a build-up to a final reveal, as Ebert champions; the Gothic experience is largely one of affect—atmosphere, in layman's terms. Nothing is ever fully hidden, but written on the surface of everything in sight; it occurs throughout the entire production, too, not simply the end. Ebert's biggest mistake is an assumption—that shocking moments are meant to substitute suspenseful ones, thus come up short. Instead, they serve a very different purpose. The imagination is stimulated by terror, by the hidden; the horror elements, when shown, "annihilate" imagination (to borrow from Ann Radcliffe). Kane's death, or the disemboweled biker from Dawn of the Dead (1978)—there's no room for the audience to imagine what's shown to them. However, these infamous reveals are so shocking they stay with the viewer long afterward. They do not defeat suspense and consequently "lower" the proceedings; nor do they "cheapen" the rest of the experience through immediate surprise or pointless "geek shows." Instead, the narrative climax is lead up to by smaller events of either type. 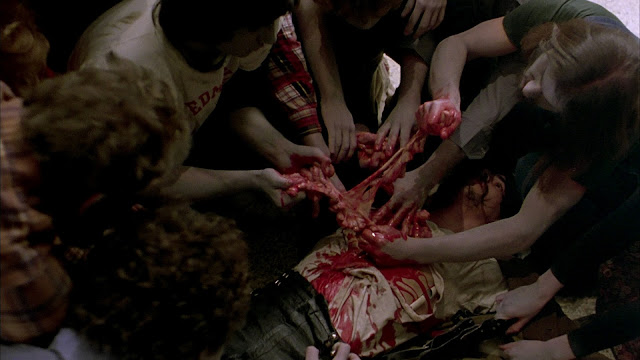 Gothic works provide, and comment on, such spectacle. Yes, monsters sell tickets; are they "cheaper" than Rear Window when the price of admission is the same?  Ebert praises Hitchcock for a kind of stubborn abstinance: the adamant refusal—of stooping to such base levels, thereby "elevating" him. Nonsense; Hitchcock's story is sold like all the rest, revolving around a common fascination with violence. His Nurse Stella chatters about the "splatter" and bloody dismemberment. Why? Because she's read the books! For Hitchcock, she's the vulgar audience, born and bred on such media. Despite framing it in retrospect as art, Hitchcock's story is entertainment in Ebert's eyes, a slasher without the slashing.

Rear Window excels not from suspense and little else, but how well suspense is used. The same logic can be applied to a more "liberal" slasher. Alien leaps to mind; so does The Last House on the Left (1972). Ebert gave both top marks. For Craven, Ebert wrote, "I don't want to give the impression, however, that this is simply a good horror movie. It's horrifying, all right, but in ways that have nothing to do with the supernatural." Here, Ebert conflates horror with the supernatural as something to market and pander towards. For him, monsters aren't real; they are ridiculous, cheap and fake. Yet, Craven's debut could easily be described as a "modern slasher." So could Alien. In fact, they were at the time. Regardless, both make use of suspense and surprise amid the gore. Neither movie is pure escapism, exhibiting a geek show* and nothing else; they tie their fantastic scenarios and violence to real world phobias: the plight of the blue-collar worker, the loss of a child.

*For Ebert, "geek show" is a much-hated term, one made famous by William Lindsay Gresham's Nightmare Alley (1946), a novel about geek shows; and later, Katherine Dunn's Geek Love (1989).