The Gothic in Metroid's Aesthetic, and a Super Metroid Remake?

February 16, 2020
I'd heard recently that a Super Metroid remake is in the works. I wanted to write about that, here, but also give my thoughts on remakes, and the idea as it pertains to the Gothic in videogames—specifically Metroid as a Gothic franchise. 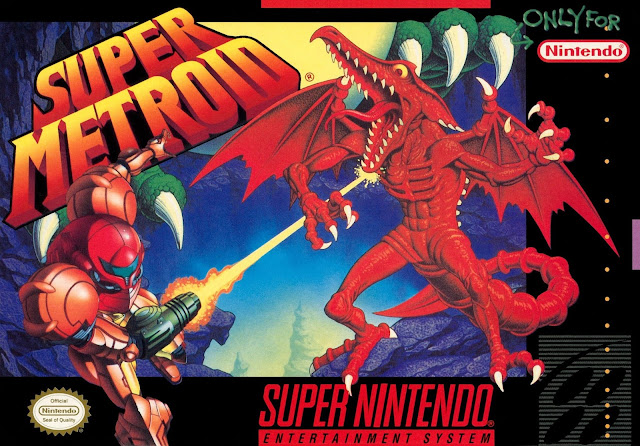 Remakes are a curious business; they generally involve a great deal of reinvention, but try to preserve something in the bargain. For the Gothic, the thing being preserved is generally the "past." This falls in line with Metroid (1986-present). This sci-horror franchise might seem concerned with the so-called future. But it's also Gothic, fixated on the reimagined past.

This object can vary a lot, and has historically. For Walpole and the Neo-Gothic writers, the Gothic's sense of dislocated pastness came about through a cultivated aesthetic—of the medieval period distanced from actual history as it was understood in the 1700s; it took the form of castles, filled with traps, ghosts, and animated paintings of old, dead people. For the late 20th century audience, the Gothic "past," in one iteration at least, became retro of a particular sort—a past-future aesthetic. Seen earlier with Alien's (1979) kit-bashed variant of the Gothic castle, Metroid  modeled itself off this cinematic replica, taking the exercise in another direction: pixel-art.

Whereas ink on a page spans centuries, pixel art spans the length of a single art period: a decade, or thereabouts. This small window has become synonymous with nostalgia. Ink is black and formless, and generally requires context to give itself a sense of time; pixel art seemingly does not. By virtue of where it ostensibly came from, pixel art conveys nostalgia through its "hi-tech, futuristic" appearance. With the cutting edge antiquated, those in the present use pixel art to articulate the recent past, but also generate pastness as something to feel. And if the past can be felt, there's room for the Gothic to work. 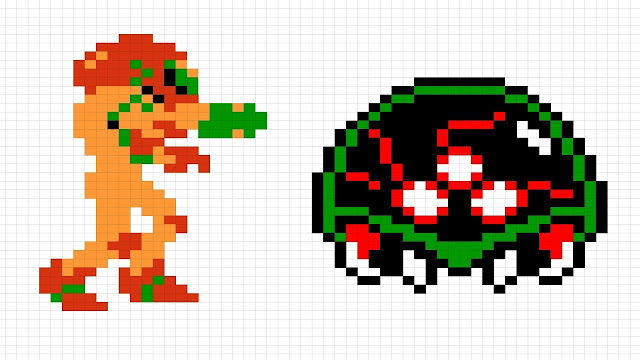 To be fair, not every Metroid game features pixels. All the same, it's worth noting how the very style of the graphics encapsulate the series' sense of pastness. Throw in the ruined space-castles and a recursive bestiary of dragons, ghosts and knights-in-armor (a la Star Wars) and you have all the makings of a Romance. Except it's not the medieval period being reimagined at all, but the Gothic past as seen in the 1980s responding to an older iteration in the 1970s, and so on. The future of one moment becomes our own past, a ruin to explore but also advertise what the past is.

Think of it as a loop. Once the language of the past—that is, denoting pastness versus simply being from an earlier point in history—has been established, it becomes something to repeat. And repeating it again and again allows for a unique iteration of the past conveyed using borrowed, hauntological language, imagery and themes. The retro style of the pixelated graphics only adds to this sense of manufactured age in latter-day Metroid  titles.

Granted, the franchise Metroid  is so unproductive as to be something of a time capsule through mere inactivity. But this has always been the case. In her heyday, Samus averaged one adventure every seven years or so; each successive sequel was a blast from the past. Nowadays, Samus is practically comatose, relegated to the occasional cameo in Smash Bros (1999-present).

Nonetheless, Metroid—like Alien before it—has habitually remade the past. But Metroid  has also remade itself as the past, too: Metroid: Zero Mission (2004). In that case, an older title in the franchise was being revisited, and made into something similar, but ultimately different. This resulted in a bright, colorful game whose pixels evoked the current style of the Gameboy Advance/early 2000s. But with this fresh look came a faithful retelling of an older period in the same franchise. The game played like Metroid as it would in 2004. In this sense, the remake to Super Metroid could function in much the same way. 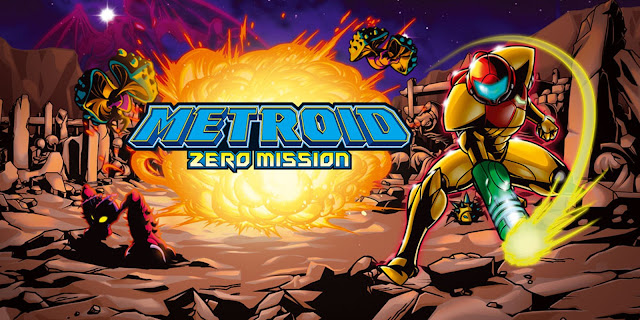 Not all remakes are direct, however. Consider Team Cherry's Hollow Knight (2017). Their flagship title lovingly channels the spirit of Super Metroid, but other videogames, as well. This illustrates a curious phenomena: The "past" isn't simply a loop when dealing with Gothic worlds; it's also a palimpsest, a mise-en-abyme of frightful, warping images. In this sense, Hollow Knight's "past" includes titles like Axiom Verge (2014) and Dark Souls (2011)—hardly an accident, considering these elements were chosen carefully by the developers. So a comparison between Hollow Knight and Super Metroid remains imperfect. But it needn't be perfect, provided there's enough similarities to begin with, and there are; the past is there, literally for us to explore.

The likeness seen between Super Metroid and Hollow Knight is not a coincidence—a profoundly ironic statement given how the namesake of the genre, Metroidvania, was the result of a giant misconception. Any Gothic attempt at pastness, however, isn't to strictly correct, but rather to build upon using the same freighted terms and symbols, including their tendency to confuse over time (the Gothic loves a good double). As the aforementioned loop goes on, further mutations occur, all transpiring through an attempt to convey the reimagined past. 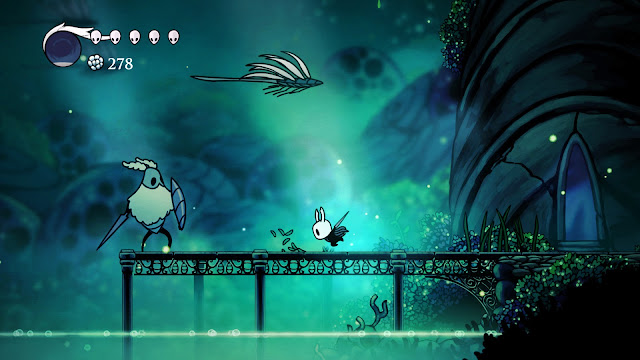 The Gothic aims to remake the past, and generally does so through two notions: a love of the past, or an attempt to correct a prior iteration of it. And while I just said how correction generally isn't the explicit aim of a remake, this tendency still exists within the Metroid franchise. That is, Nintendo "corrected" the nascent errors of its starter title by revisiting Metroid (1986) decades later. By doing so, it made a new game based on an older blueprint, largely to make it more accessible to a modern audience. In other words, Metroid was a game with demonstrable flaws. These needed fixing for the past as defined by Metroid  to survive in the present.

I would argue the best remakes behoove a combination of correction and love, a concept that applies to the supposed Super Metroid remake. Not only is the attempt a blatant one; its target being the franchise's zenith makes the whole ordeal Promethean—dangerous, in other words. Such danger begs questions like, "Is this necessary?" Usually the answer is obvious after the fact. Ahead of time, conjecture is all that's available.

My conjecture is based on love and correction. Super Metroid is a great accomplishment—in its own franchise, but also in all of videogames. A 26-year old classic, it pioneered speedrunning and laid the groundwork for the Metroidvania blueprint (on the Metroid side of the isle, at least). Is there anything that can be corrected, though? From the point of view of what Super Metroid actually was, I don't think so; it's the ultimate example of the open-ended, speedrunner's gameworld. 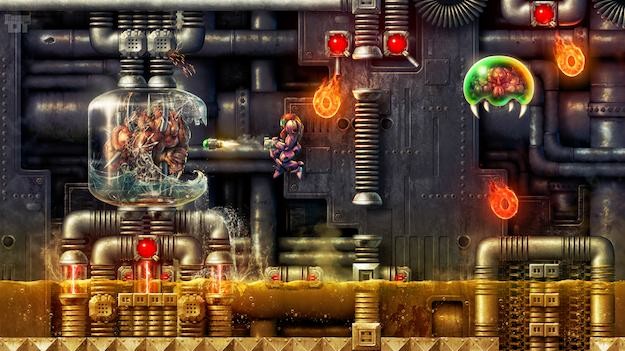 It wouldn't surprise me to see our future developers remake Super Metroid as something other than what it is, however. Otherwise, we'll be merely getting a prettier, slicker version of what came before, and Super Metroid is much closer to what this would look like in a pixelated style than Metroid 1 was. So the novelty will be gone, while the derivativeness sits at the forefront.

While I wouldn't complain at all to see Super Metroid  "reskinned," albeit with a giant budget, how is this any different in concept from so many of the mods that already exist? Nintendo would need to do something exceptional to distinguish itself from the legion of fans who have already modded Super Metroid to death. Then again, a AAA budget can arguably go a lot further more quickly than the decade of a single devoted fan. Then question is, will it?

The answer can theoretically be answered with AM2R (2016) versus Samus Returns (2017). Except there's a far bit of irony in how Milton Guasti preserved, by himself, the pastness of the old pixelated style, but also the quality of the old-school Metroid experience, through AM2R. When Samus Returns adopted a new visual style, it no longer aesthetically resembled Metroid. Something was lost in the exchange: pixels, but also the past this art style conveyed when executed. 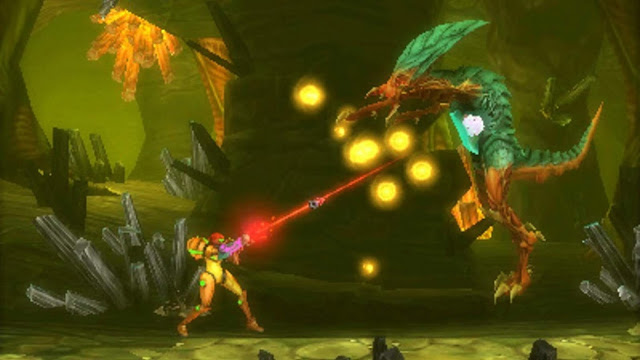 Granted, Metroid Prime (2001) was effectively a "remake" of Super Metroid, too. It introduced a new visual style, whose 3D graphics made the gameplay look and feel completely new within the franchise itself. But it also wasn't a direct remake. Samus Returns was, and despite Nintendo's best arguably pales in comparison to one man's attempt to preserve the past by recreating it, with AM2R. By drawing on the pastness of its own franchise, Nintendo will inevitably become bound up in it—not simply the conventions of that visual style, 2D pixel graphics, but any videogames that employed it once upon a time. If Nintendo opts for a visual approach on par with Super Metroid's, suddenly we're back to square one. Forced into the domain of the perfect game, how can they compete with their greatest legacy?

I would argue they'll need to learn from the likes of Team Cherry in how to recreate the past, while also paying homage to it with its own language. Then again, Team Cherry had the luxury of using a new art style to tell an old tale; Nintendo will effectively be plagiarizing itself. If they change the look of Super Metroid, can they do so without losing what made it so endearing to begin with? By remaking Super Metroid, they'll either have to change it at the risk of barbecuing the sacred cow, or follow the recipe to such rote extremes to earn people's spite all over again. 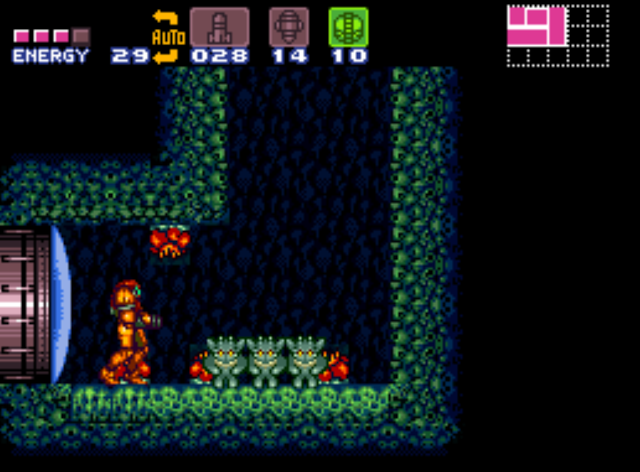 The latter catastrophe is somewhat hard to avoid, if only because Super Metroid is so open-ended; it features just about every trick and tool a 2D Metroid game could ever hope to have and still works remarkably well. The game pushed the envelope so far, it's difficult to imagine adding anything "new." It's not impossible, as latter-day titles like Axiom Verge or Hollow Knight have already proven. The question is, are Nintendo that inventive? To this, the solution is probably simpler. Introduce new blocks, doors and keys. Add variety within older systems versus creating completely new concepts. There's really no end to what you can produce in this manner, but it does require a bit of imagination, and daring to expand on Super Metroid's "limitless" potential.

Alas, I suspect Nintendo will choose to dial back certain gameplay aspects in favor of theatrics. If they do, they'll only be risking a repeat of Metroid Fusion (2002). I love that game for what it is, but it's no Super Metroid. To call one the other seems, to me, like a spectacularly bad idea, on par with Kenneth Branagh calling his film Mary Shelley's Frankenstein (1994) or Coppola calling his film Bram Stoker's Dracula (1993). Except in this case the author is technically the same company. Remember what I said about doubles? The passage of time produces some of the best, especially concerning crumbling lineages.

In this sense, the perfected past becomes a dangerous thing to replicate, enslaving those who try. Only those brave souls with just the right amount of daring and love can pull off such a stupendous trick as stealing fire from the gods once, let alone twice. I'm not sure Nintendo's up to the task, but I won't discourage the attempt. Just leave Other M (2010) out of it, please.

***
My name is Nick van der Waard and I'm a Gothic ludologist. I have my MA in English Studies: The Gothic from Manchester Metropolitan University. My blog is about horror, but also sex, metal and videogames.